Since this is our last weekend in the area we decided to see as much as possible in the next couple of days. It was a gorgeous, warm, clear day so we enjoyed our time, some of it outdoors.

Today we went to Concord, MA to see the Minute Man memorial where "the shot heard round the world" started the Revolutionary War. Normally you can walk from the Visitor's Center across the North Bridge to the memorial. But as you can tell from the picture that was an impossibility. With the tremendous snow melt off and rain we've had the river is way over it's banks. Fortunately there's a road that will take you to it. 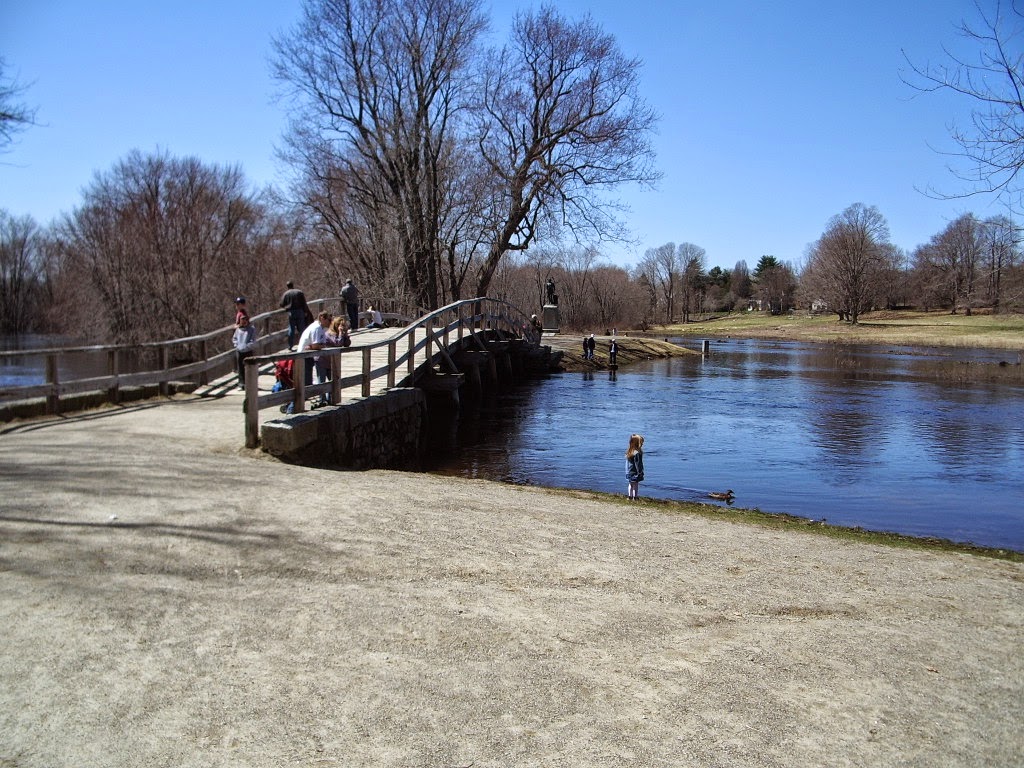 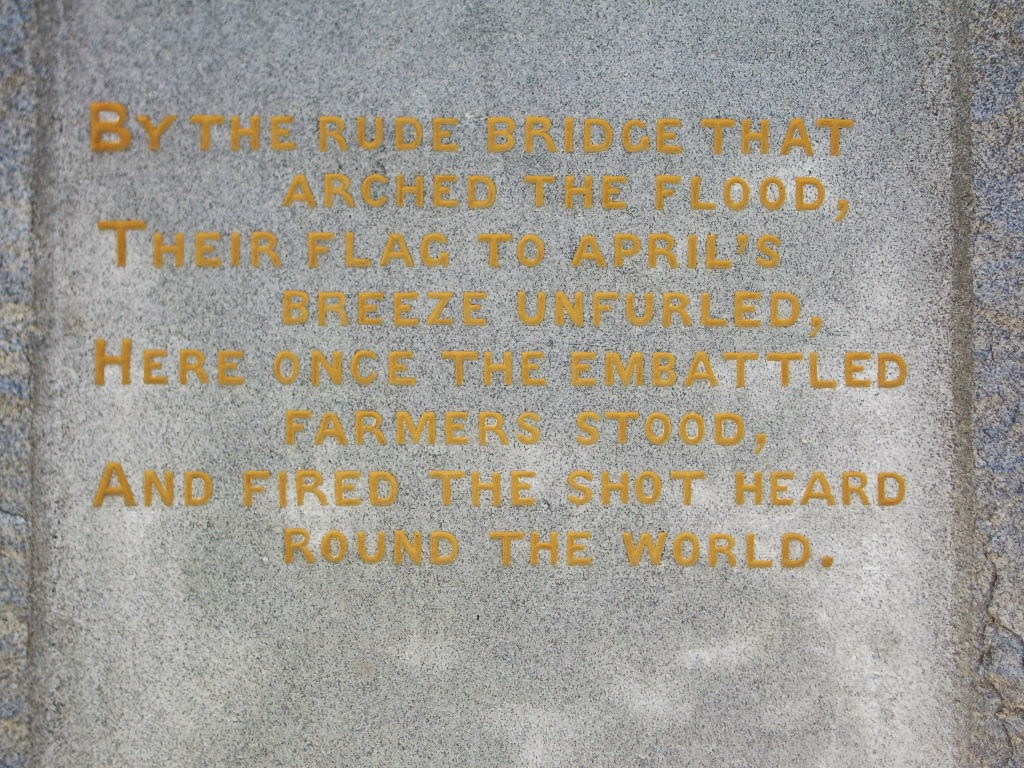 In the area is Walden Pond where Henry David Thoreau lived and wrote his book by the same name and Louisa May Alcott's home. It was also the home of Henry W Longfellow and Nathaniel Hawthorne at one time or another.

Then we drove by Clara Barton's home, the founder of the American Red Cross and on to Old Sturbridge Village, a village much like Williamsburg, set in colonial times with all the shops and homes set in period. It was closing in an hour so we decided not to spend the $40 to see it.

On to the Blackstone Valley where the American Industrial Revolution began. Mills were built along the Blackstone River and they used the water to run them. There's not much left now except for a lot of stores to tempt the tourist. Along the route we visited Purgatory Chasm, a chasm full of rocks to make your way over and around, at times with much difficulty. It reminded Richard of Chochise Stronghold near Wilcox, AZ. 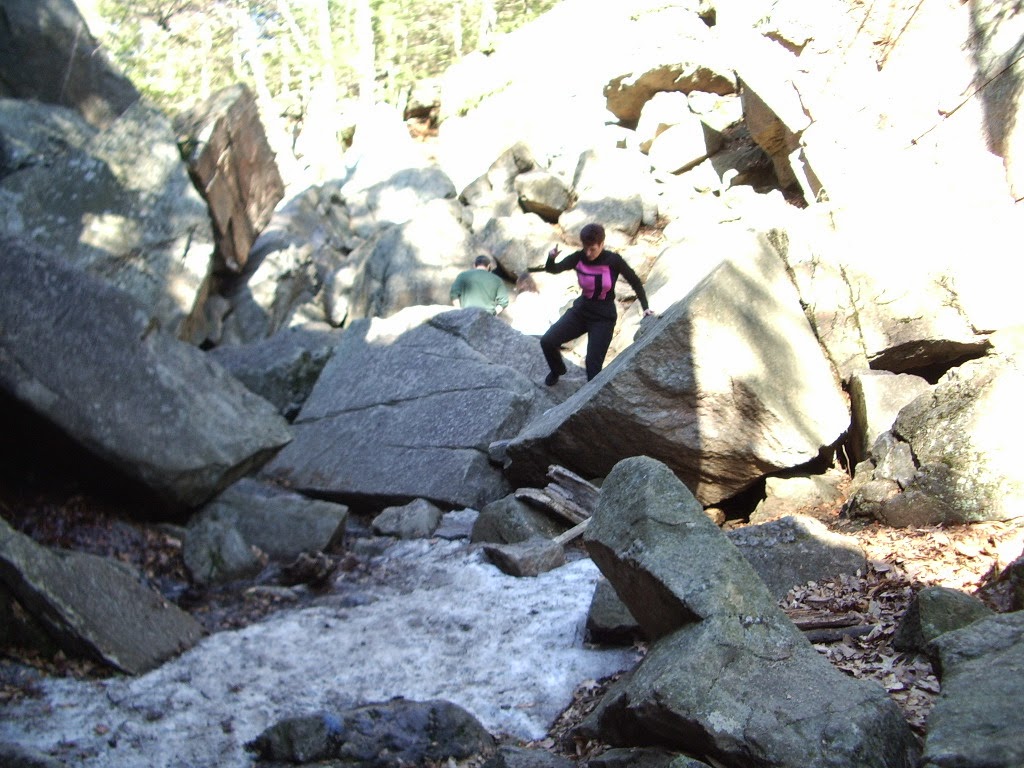 We ate dinner at the Lafayette House, a former tavern built in 1784. The room we ate in is part of the original carriage house. George Washington, Benjamin Franklin and Lafayette all ate there and some spent the night. Great food and wonderful history. 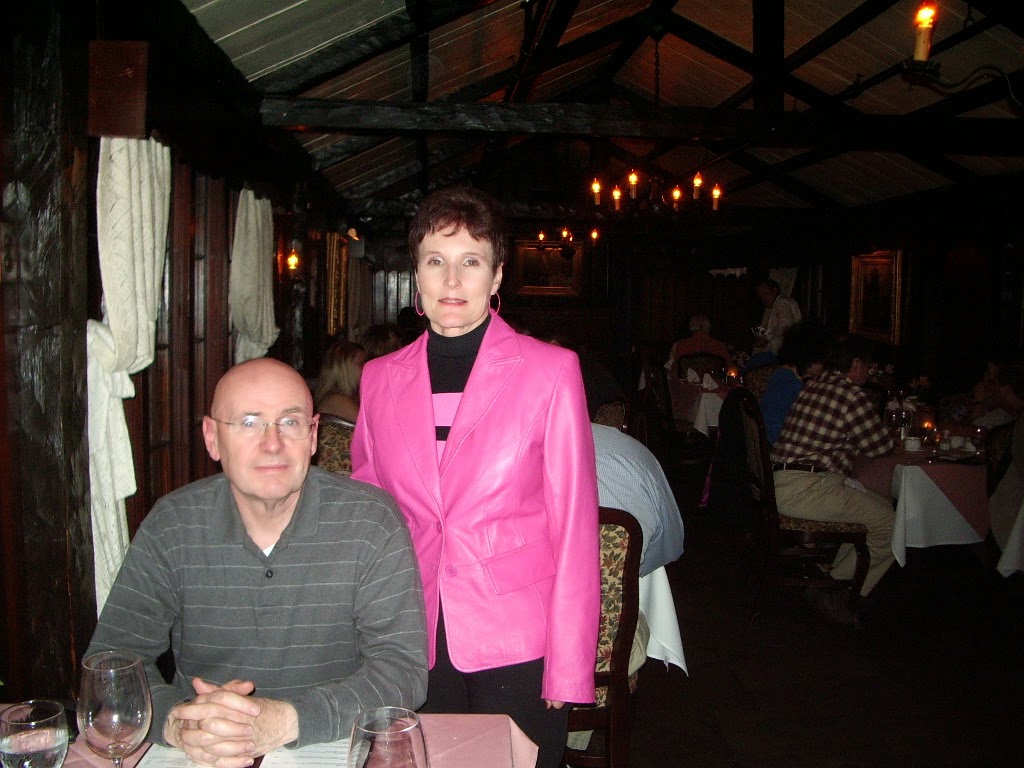 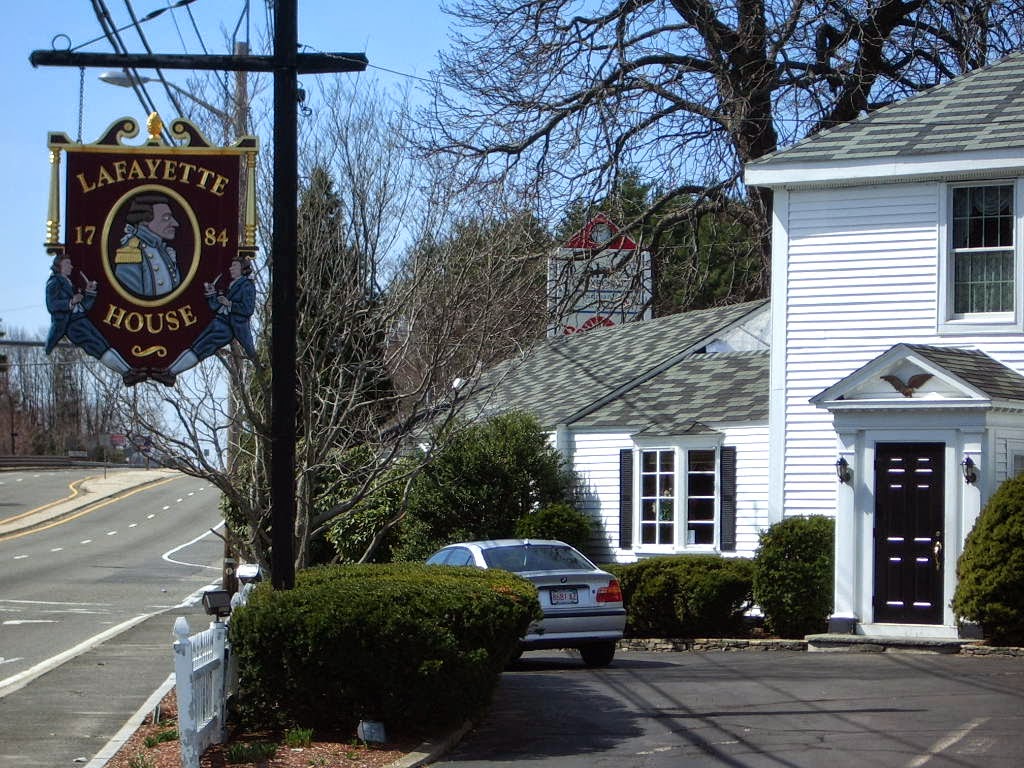