Deidra and Dom flew in from Texas last Tuesday and have been getting their Poppa/Nana fix.  Well, something like that.  Last weekend we all went to Wideners so they could see their great grandparents.  While we were there Dianna and Deidra went to Marie's shower that was held at Julie's house.  While they were at the shower, Dom and I  spent the afternoon at Julie's pool so we all had a good time.

This week the kids have been surfing.  For real, as Deidra would say.  We made arrangements with the surf camp next door to give them some lessons, which they were very nice to do.  Two of the instructors are girls from Australia and we let them use our wireless internet to keep tabs on their families, so they were glad to be able to do something for us in exchange.

Both kids were able to get up and ride in to shore several times but they are probably not ready for the North Shore of Hawaii just yet. 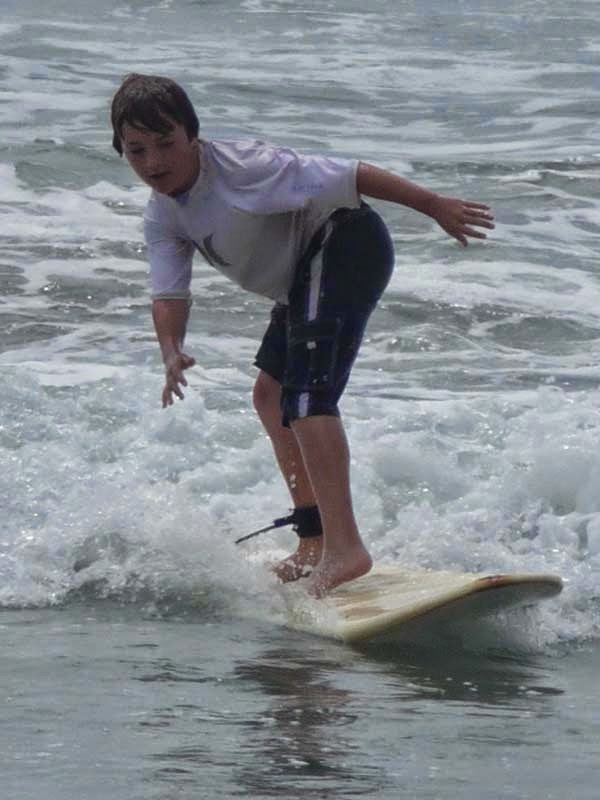 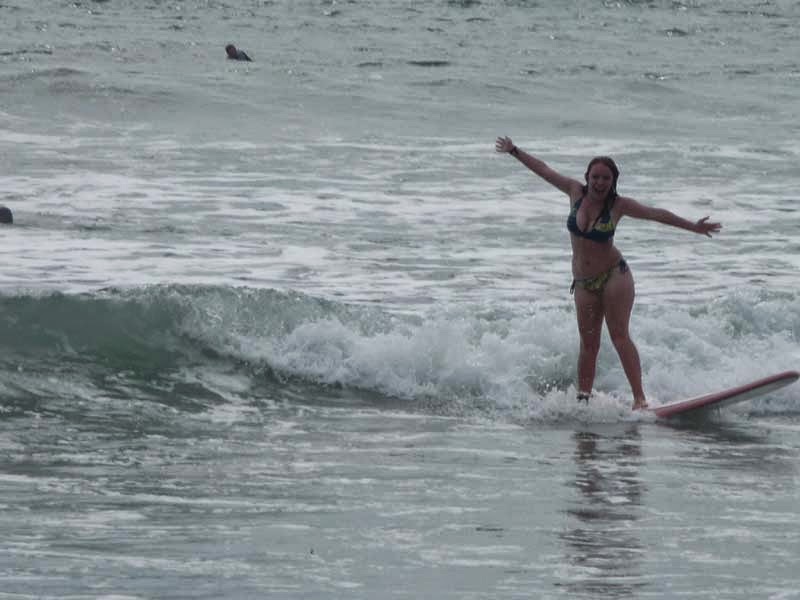 Next week they fly back to Texas and start school.  This was only a two week visit, but we have all had a good time.
Posted by Richard at 9:51 AM