It was a nice day for another scooter trip.  Today we rode south on Interstate 5 the 17 miles to Oceanside where we took Highway 76 inland toward Mt. Palomar.  The road soon narrowed and became winding as we rode through lots of avacado and citrus groves and past many plant nurseries.   Eventually we turned off Highway 76 and began our climb up the mountain proper.  The road became very twisted and steep.  That is just the kind of road I love on the scooter, but Dianna would have been more pleased with fewer hairpin turns.

We eventually arrived at Mt. Palomar Observatory in a bowl near the top of the mountain.  The elevation was about 5600 feet and we were in the pines.  After a lunch at the picnic grounds we toured the 200 inch Hale Telescope.  From about 1948 until 1993 it was the most powerful telescope in the world.   Many, many astronomical discoveries were made using it.  It is still a very powerful telescope and has been upgraded with adaptive optics that make it even more powerful than it was when first built.  It is booked by astronomers for years in advance. 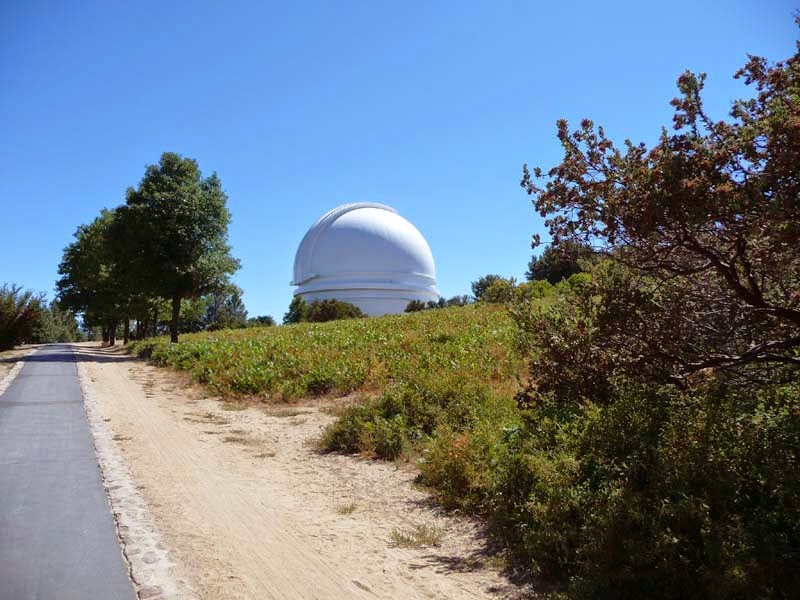 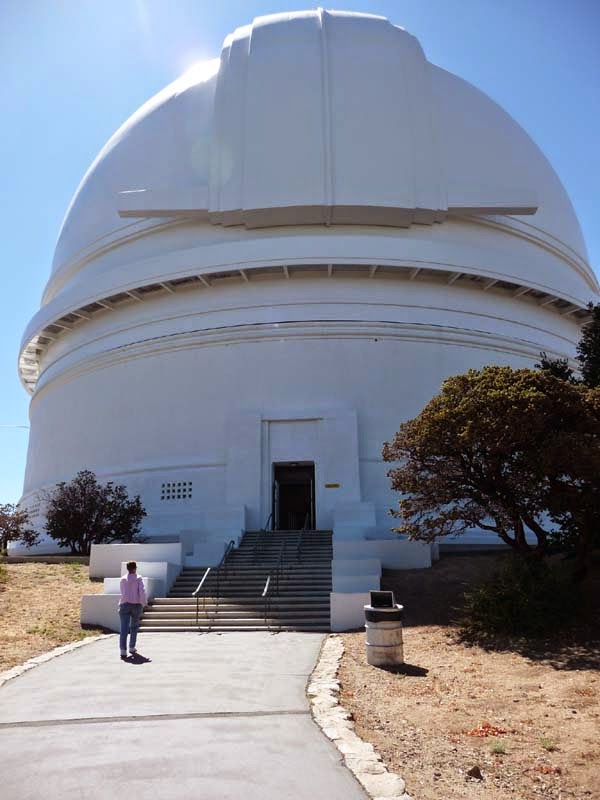 The dome is huge and the telescope itself is also very impressive.  The primary mirror is a solid chunk of pyrex glass that weighs about 80,000 pounds.  I remember seeing one of the failed casting attempts when we visited Corning Glass works when I was a boy.

On the way back we stopped at Mt. Palomar State park to check it out, then at Pala Casino.  It is another of the Indian casinos that exist on every Indian reservation now.  It was very nice and was a good place to stretch our legs.  After another stop in Oceanside for groceries, gas and then dinner at a Mexican restaurant, we arrived home about 6 PM.  It was a fun day.