With my truck in Kilgore to have its bed made, I have been forced to ride the scooter to work every day. Not that this is a hardship. I really enjoy two wheels again, but the weather has made it less than completely enjoyable. Three of the four days it was cloudy in the early morning and then a line of thunderstorms moved through. Every afternoon the storms had cleared in time for me to ride home dry. I thought for sure that Dianna would have to come get me a couple times, but I lucked out. One day it never got above 80 which was really nice. The rest of the week was about 95 and it is not a lot of fun riding in that weather. I even had to buy a new hemet. The ones we purchased when we bought the scooter are not ventilated and my head felt like it was in a steam cooker by the time I got home. I purchased a ventilated helmet and it is much improved. I don't know why all helmets are not made that way.

Dianna has spent most of the week working on a shirt for Darin. He is a big fan of eagles and she made him a shirt with the biggest pattern she has ever attempted. She even had to split the design in two because her machine can only do 64,000 stitches per pattern. This was something new to learn. She had several snags that drove her to frustration, but she kept at it till it was finally done. On the top is the pattern and on the bottom is a photo of her version. Darin should be pleased. 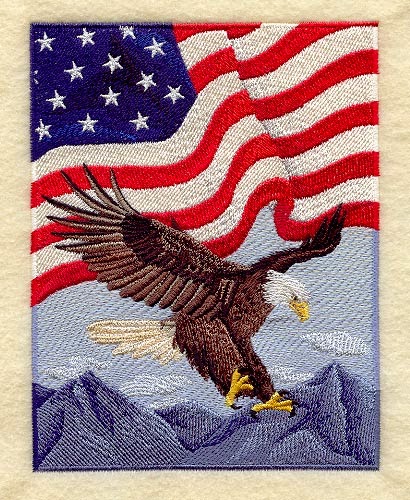 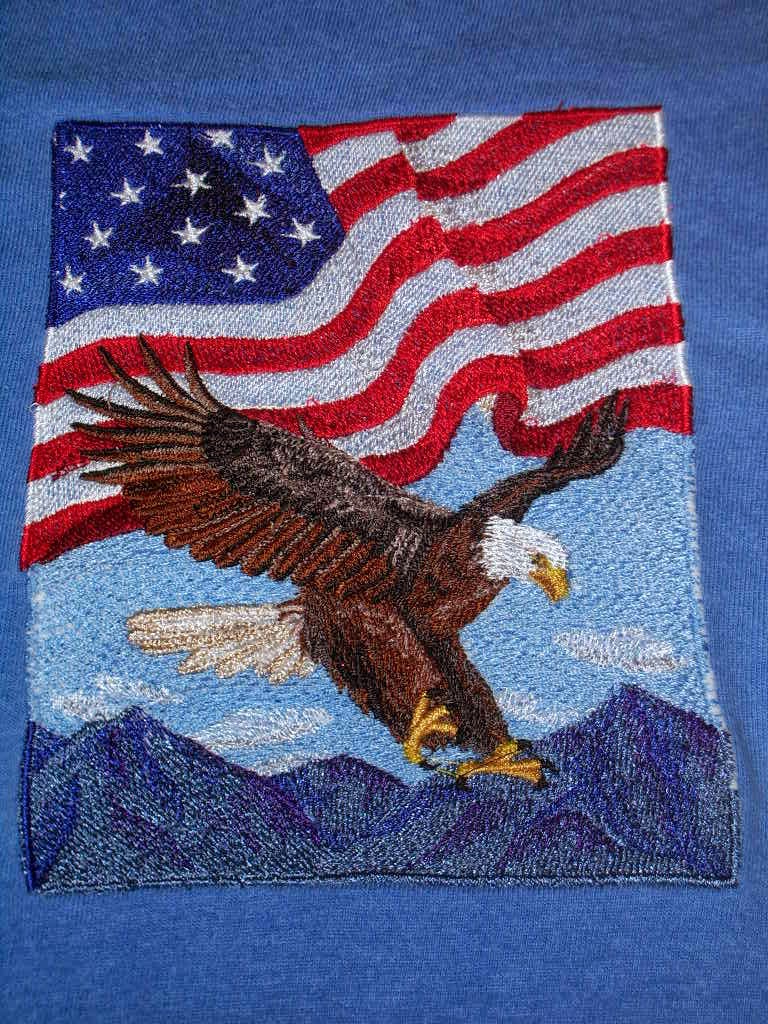 Email ThisBlogThis!Share to TwitterShare to FacebookShare to Pinterest
Labels: Texas 2005