Today we rode the scooter 30 miles south of Deming to Columbus, NM where we visited the Pancho Villa State Park Museum.  Pancho Villa invaded the US back in 1916.  They say it was the last time anyone invaded mainland America, so I guess they don't count the Japanese invasion of the Aleutian Islands in 1942.  Several civilians and soldiers were killed in the battle and President Wilson mounted a major response.  He sent General Pershing here with 10,000 troups to invade Mexico and track down Pancho Villa.  The invasion and search lasted almost a year, and while many of Villa's men were captured or killed, he was not. 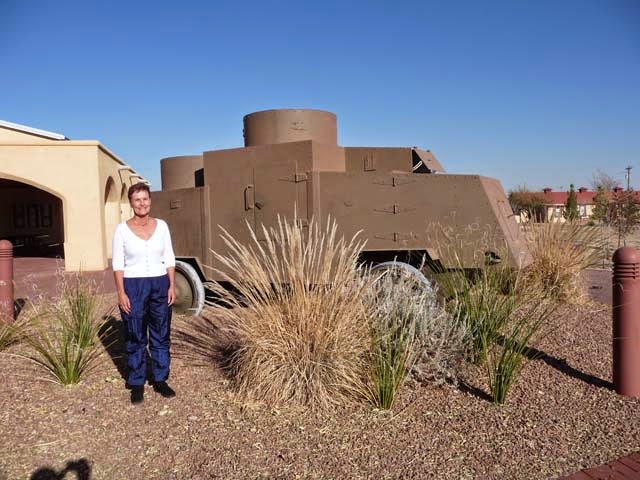 The year long expedition was good training and probably saved thousands of lives in the long run, since four months after being recalled from Mexico, Pershing was tasked with leading US troops into WW I as America joined the war.
Posted by Richard at 9:50 AM

Email ThisBlogThis!Share to TwitterShare to FacebookShare to Pinterest
Labels: Fall 2008