You would have thought we were back in Alaska. Snow!

We left the state park this morning under cloudy skies and the further south we drove the more the clouds lowered. We continued to climb mountains to about 5,000 feet and drop into valleys that were 3,500 or so. Soon we saw snow on the mountains in the distance and we soon caught up with it. It was raining where we were but it had snowed earlier since the ground was covered and there was even some still on the road. The temperature dropped to 34 degrees. 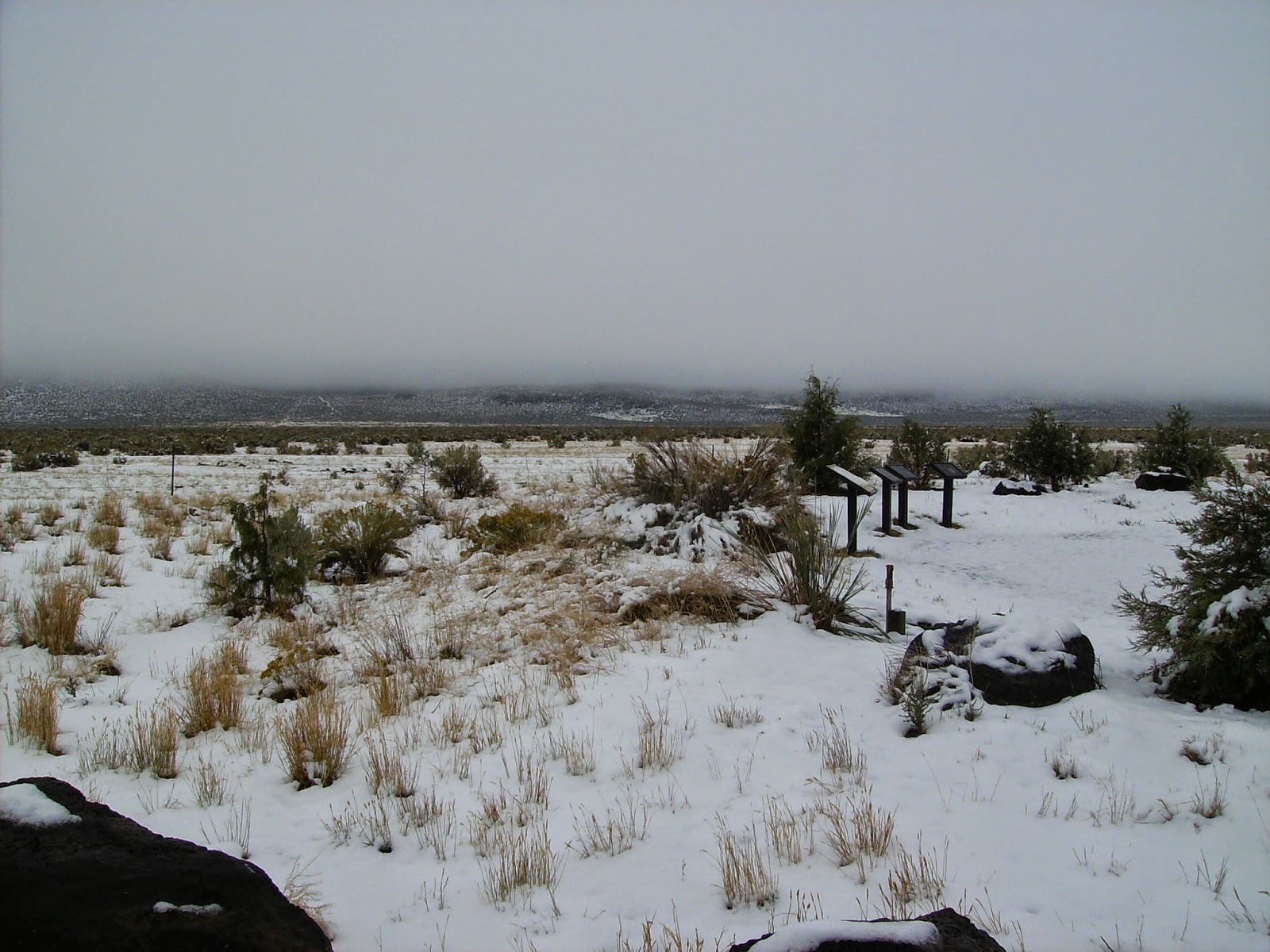 Eventually we dropped down a little more in elevation and finally arrived at our campsite for the night. We are in Goose Lake State Park which is still in Oregon but right on the California border. When we leave the park in the morning we turn right and immediately cross the border.

This campground is another very nice Oregon park. It is built in an old apple orchard and the mule deer still visit every evening and morning to eat. We had several of them around the trailer this evening while we were eating dinner. The temperature is now about 44 outside so we are probably in for a cold night. 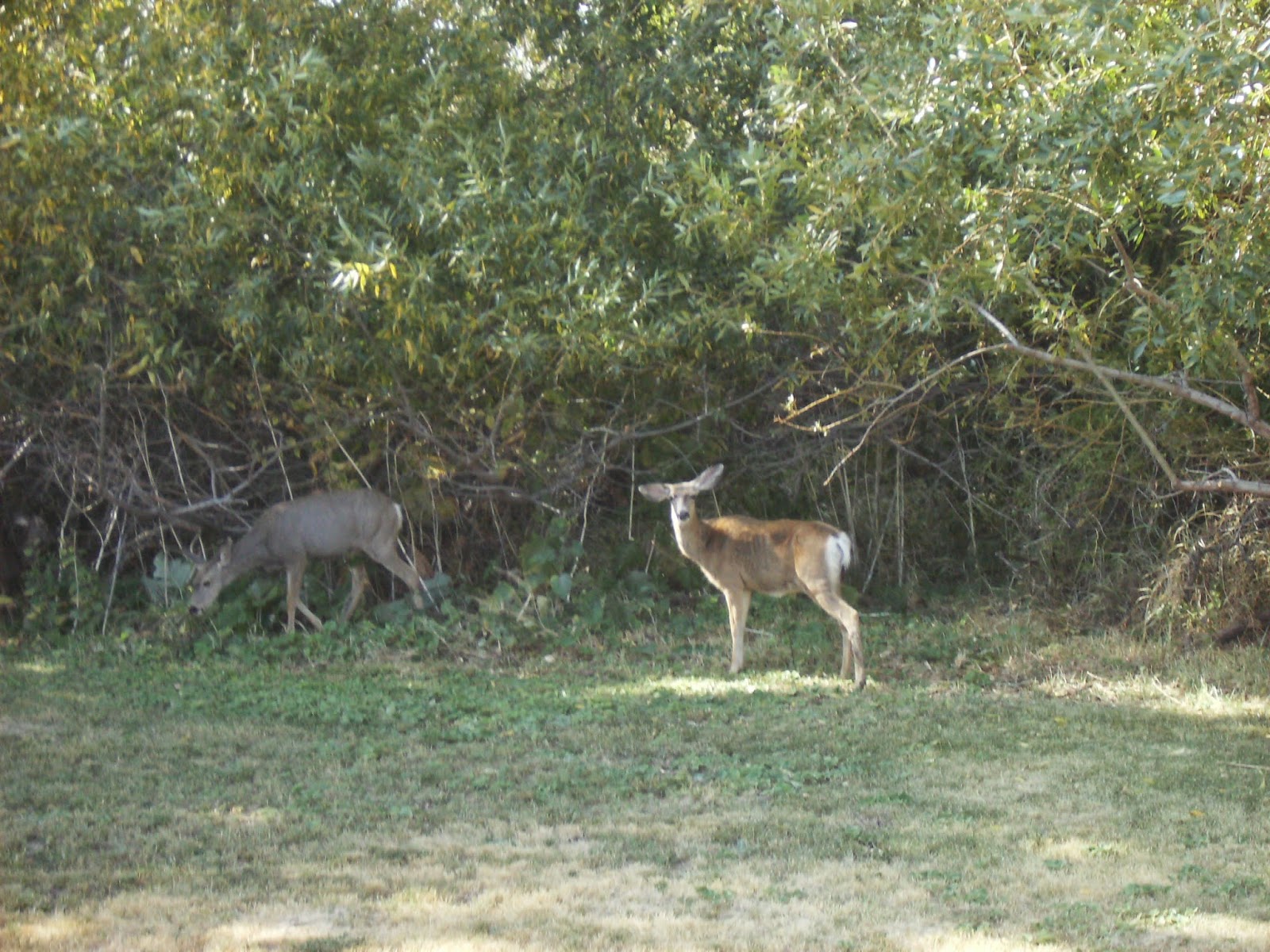 Email ThisBlogThis!Share to TwitterShare to FacebookShare to Pinterest
Labels: Fall and Winter 2007