I called the internet service company first thing this morning and got them to refund my money. The service here has been up and down, and slower than dial up even when it is connected. It has been frustrating to say the least. The promise of good, fast internet service was one of the big reasons we decided to stay here for a week.

Today we visited the Prince George Railroad Museum. It was one of the best we have been to. They had some very old stock as well as some I did not think were that old, including an electric locomotive that was built in 1960 and retired in 1997. Many of the trains, including that locomotive, were open so you could explore inside them. The also had displays of the telephone history of the area as well as a display of historic chain saws. This is timber country. 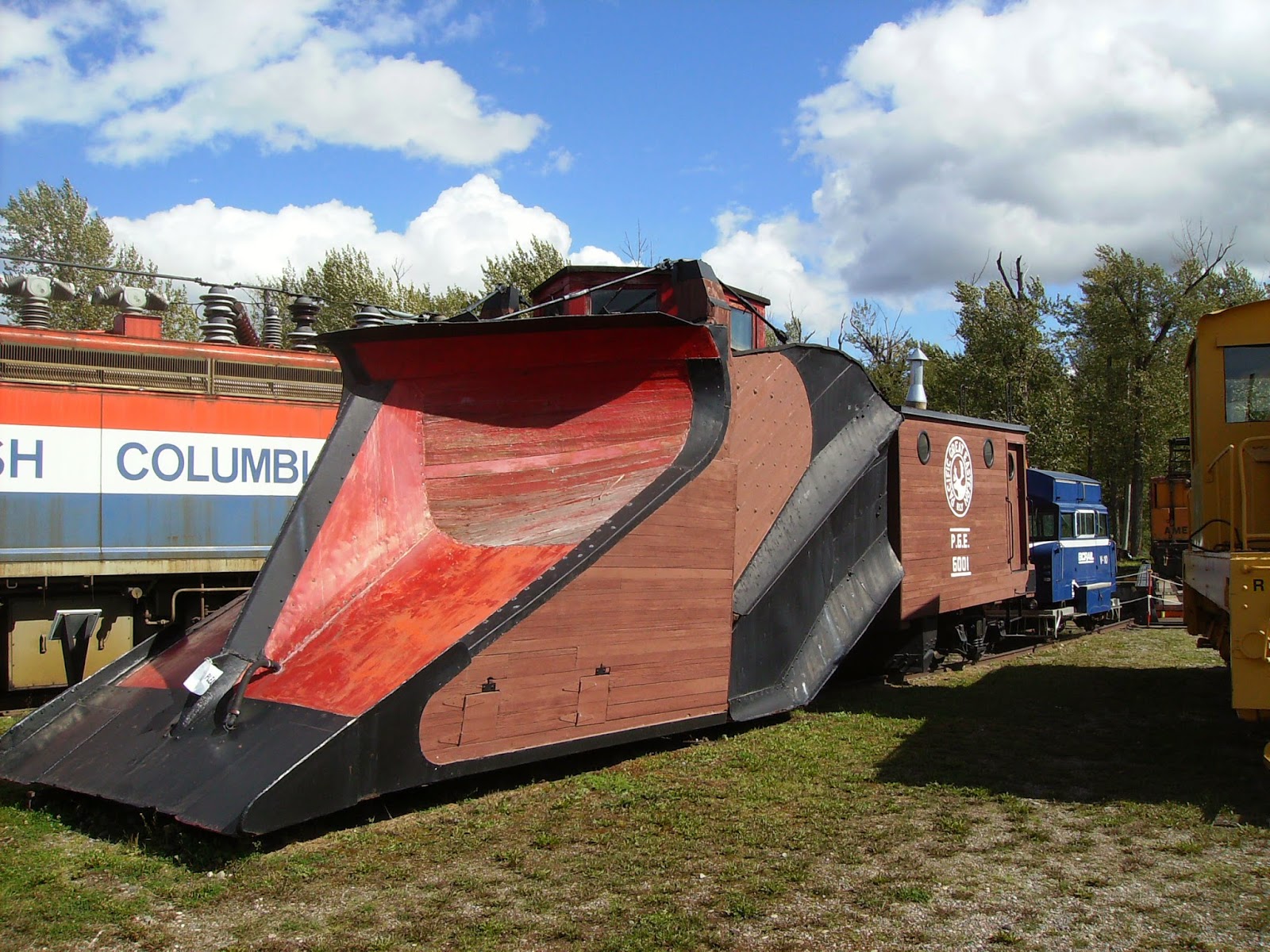 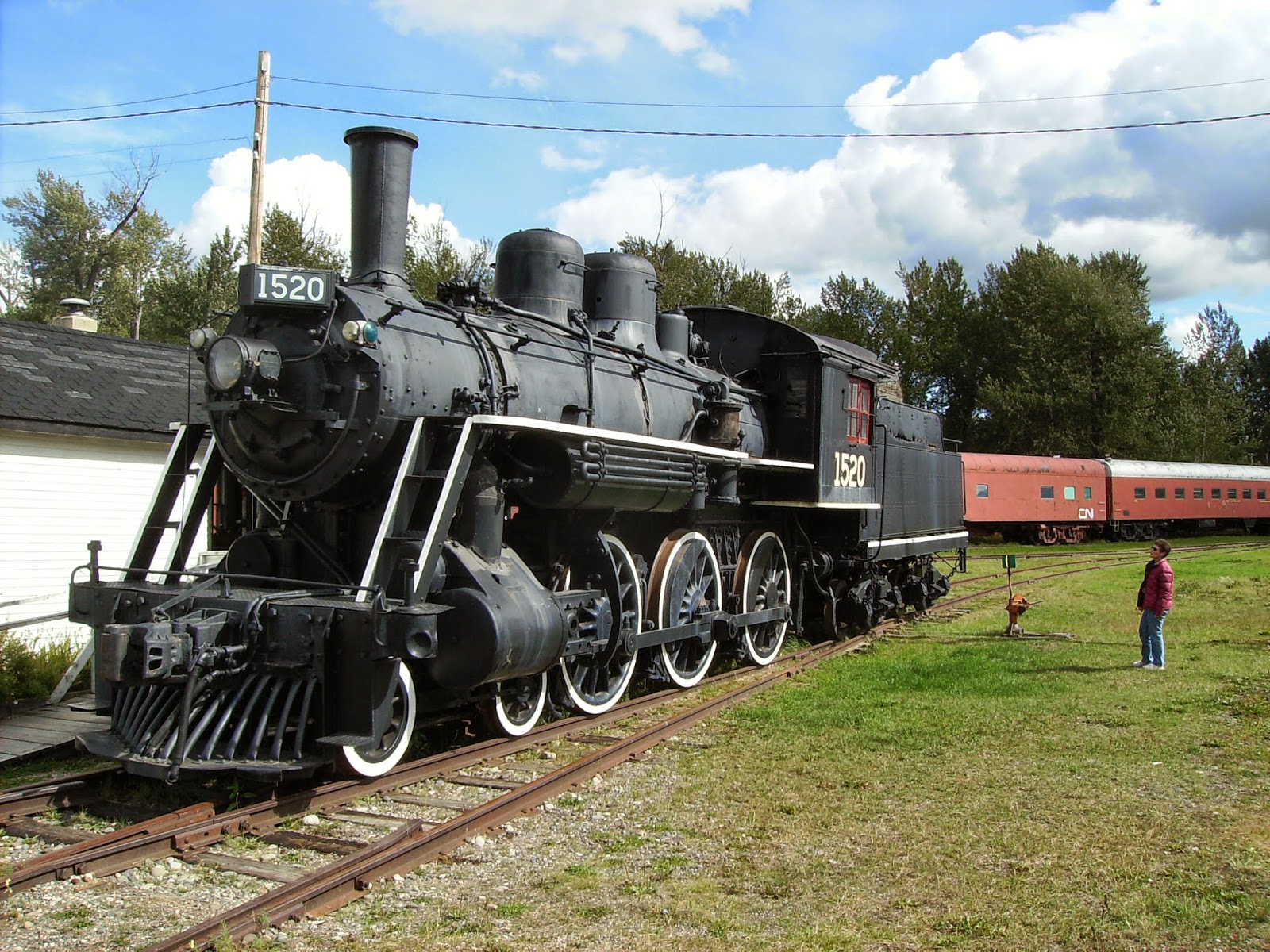 The station managers house was equipped with this stove and washing machine. The stove probably looks similar to those stoves my Grandfather made. 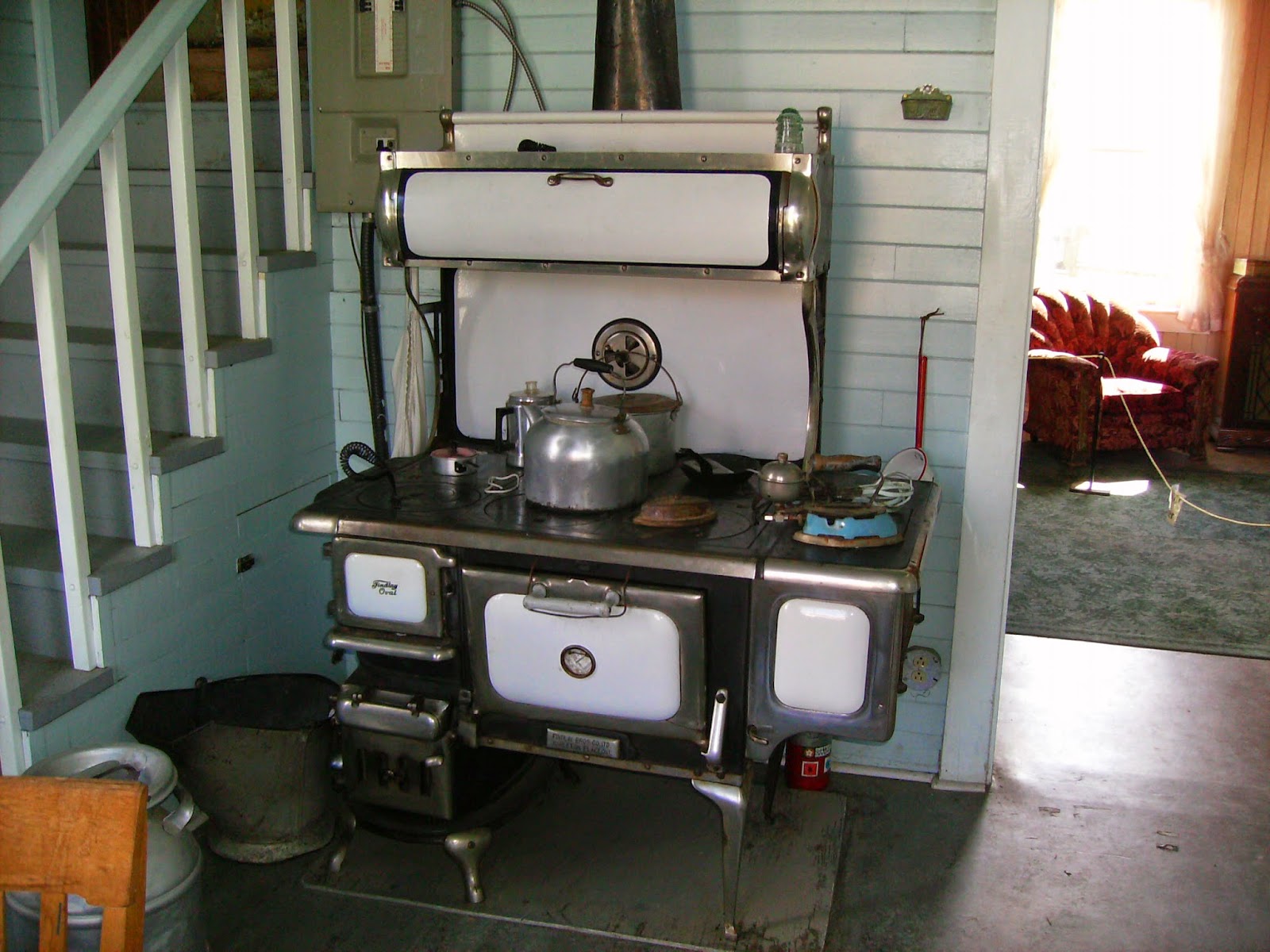 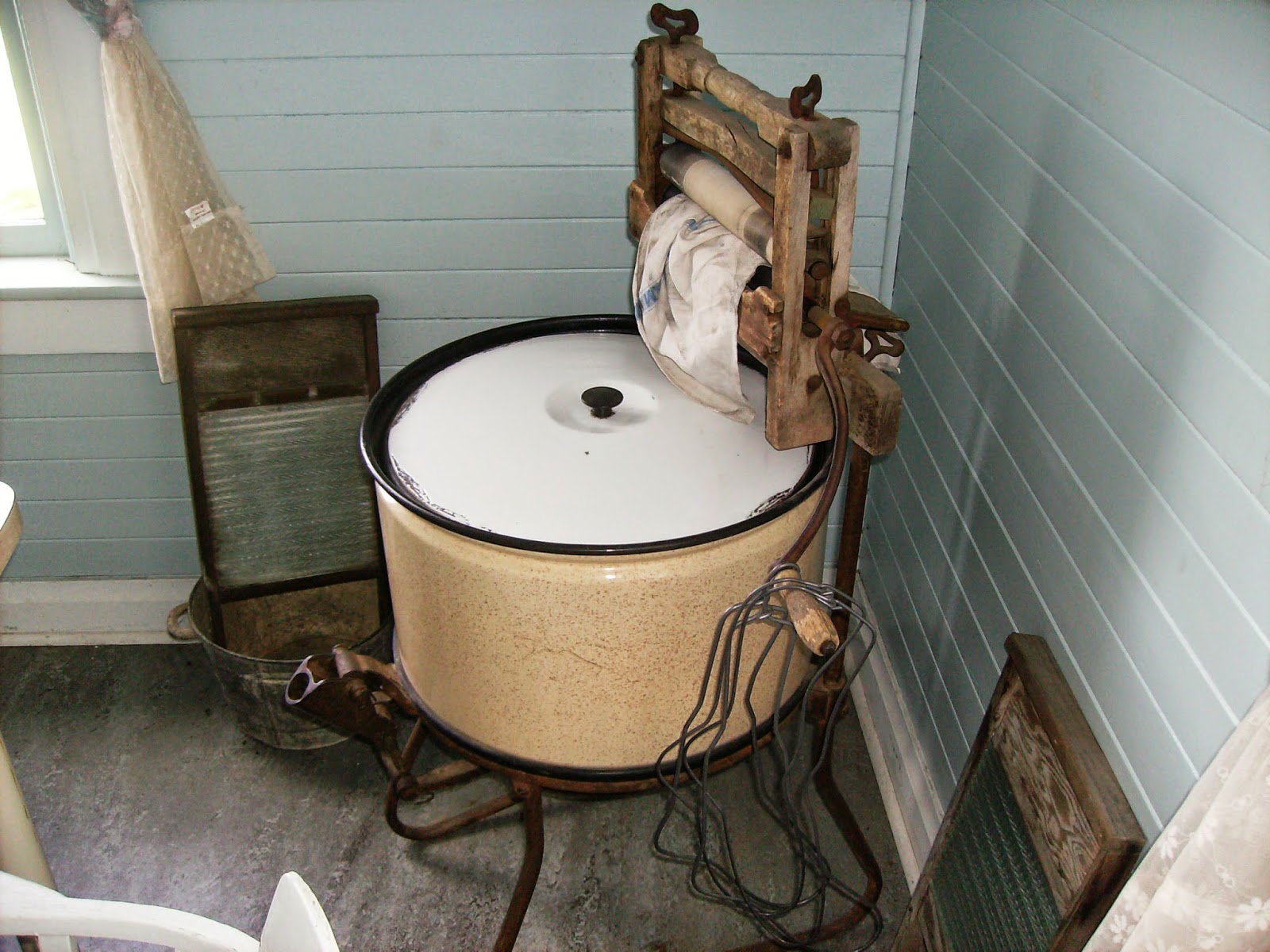 After the railroad museum we drove to the pulp mill we had visited last week. The truck dumping lifts were working and we watched as semis were backed onto the lifts and then tilted up to 80 degrees so the wood chips in them would fall out the back. 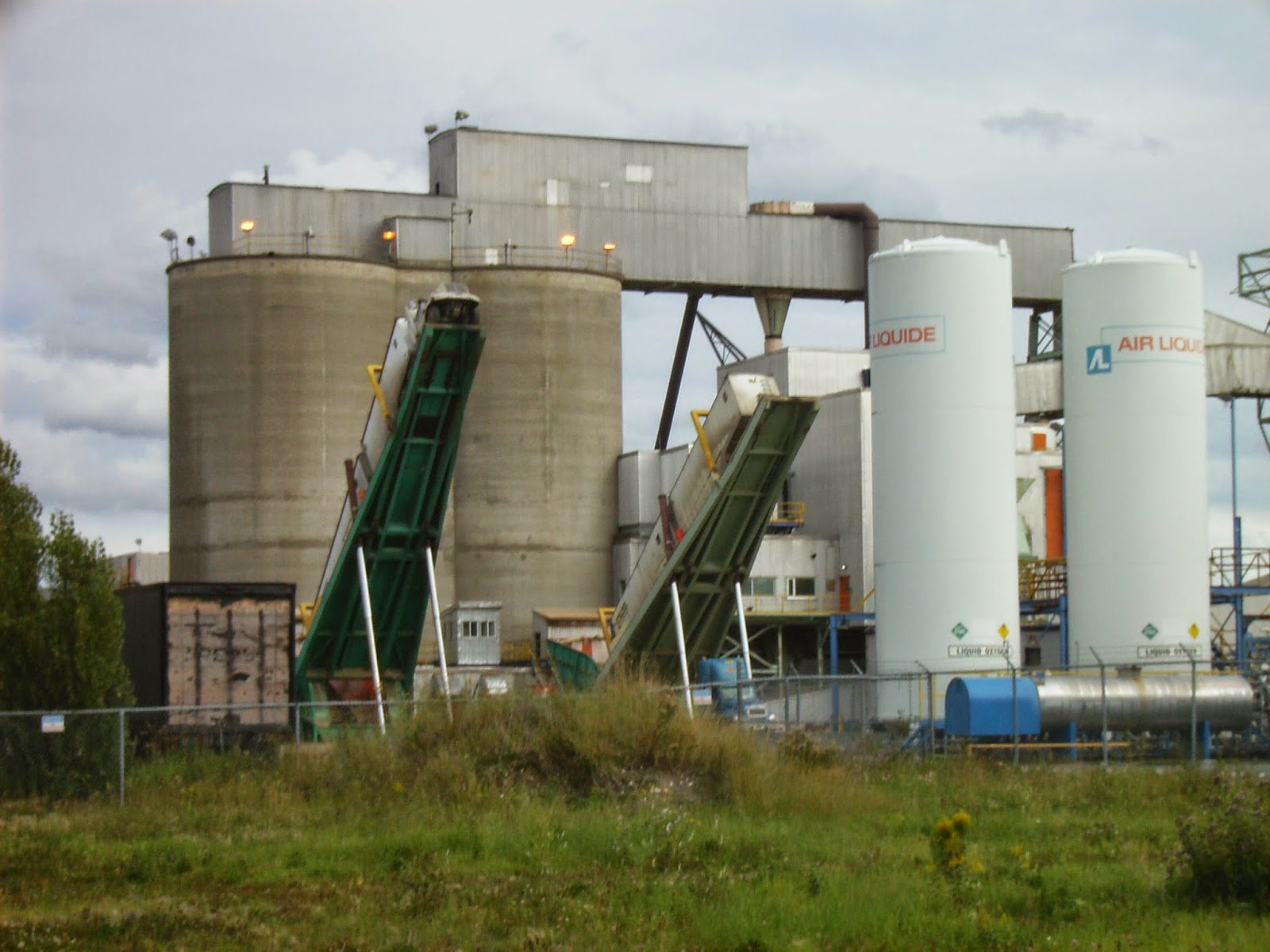 Then, after another grocery shopping stop, I found a place where I could get rid of the bad tire we have been carrying since it was replaced in Anchorage. I kept it with us because our truck uses an unusual size. Most big trucks like ours do not carry a spare tire because it is impossible for someone to change tires without special equipment. You have to call a tire changing service, and they will bring a tire out with them if you need one. When I learned that the size we use was almost unheard of up here, I knew I would have a real problem if a tire was shredded somewhere in the wilds of Alaska and I did not have something to put on. So, I kept the old tire fastened on the bed. It had to stand upright against the motorcycle which rubbed on it and wore the paint in one spot. Now that we are back in civilization I figure we will be able to find a replacement tire somewhere if we need it, even if we have to wait a day or two. I was going to try to sell the tire since it has value for use on a trailer or even on the truck if it were trued, and the dealers were interested in buying it, but as soon as they saw the size they said it had no value to them at all. So I just junked it.

We had more halibut for dinner, fought with the horrible internet service, and watched a little TV.
Posted by Richard at 10:05 AM