It was a beautiful day so I unloaded the scooter. We rode back through town, about three miles away, and on to Othello Tunnels Provincial Park. It’s just a few miles out of town along the Coquihalla River. In the early 1900’s they built a railroad line down the canyon. It is a very narrow and deep canyon and they had to cut four tunnels through the rock in the tightest place. The railroad was washed out in the late 1950’s and it was turned into a park sometime after that. The scenery is beautiful and walking through the tunnels is fun. One of them is long enough that a flashlight would really help you see where to step. 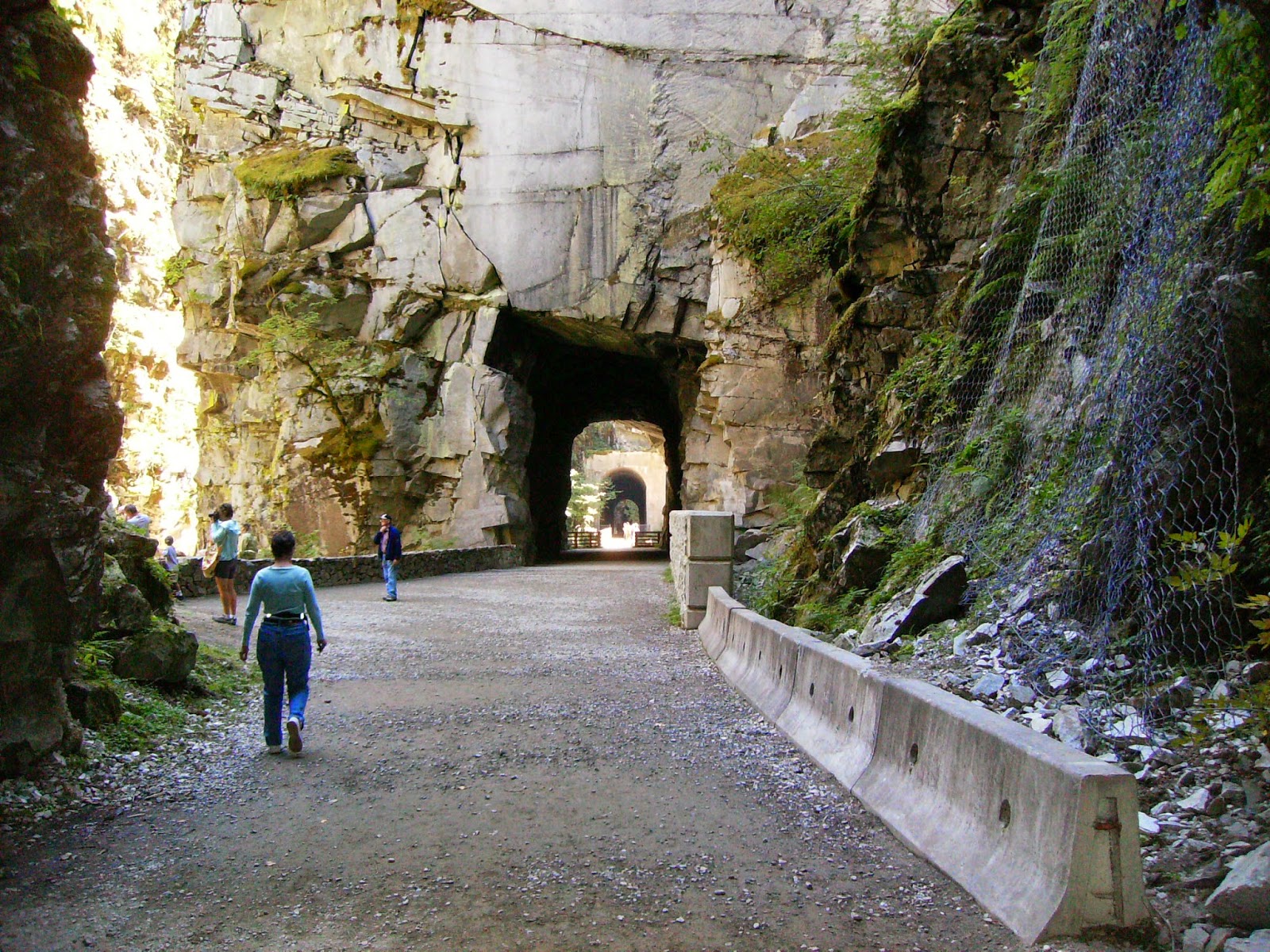 Then we decided to take a ride 35 miles back up the Fraser River the way we came from Prince George to Hell’s Gate. It is the narrowest place on the Fraser River. There is a tram that runs down into the gorge to the river and a suspension bridge you can walk across down close to the water. The water is forced through a canyon only 33 yards across, and that is not much space for twice the volume of Niagara Falls. We arrived at about 4:15. It closed at 4.

It was a beautiful day for a ride and the road was great for motorcycles. Seeing Hells Gate would have been fun, but the ride and the scenery was super too.

Tonight we ate more of our Canadian meat and produce for dinner. After dinner Dianna made a ton of scalloped potatoes with ham. It’s always better the second day so she now makes it the day before we plan to eat it. We don’t expect them to tell us we can’t take left over scalloped potatoes into the US!
Posted by Richard at 4:20 PM