A walk in the park

Today we were really lazy. Somehow we managed to sleep in until after 10! Lounged around & headed out in the afternoon for the Visitor’s Center of the Kenai National Wildlife Refuge. There were a few displays inside and several trails in a beautiful wetlands area. The Refuge itself covers several hundred square miles on the peninsula.

The first short trail led us to a small lake and then we continued on around the Centennial Loop for another 2¼ mi through mosquito infested marsh lands. We did see a family of grouse in the brush but we found our pace continuing to quicken as we tried to fend off the voracious mosquitoes (we had forgotten to put on insect repellant) and return to the truck before being eaten alive!  The grouse were very well camaflouged.  See if you can find any of them. 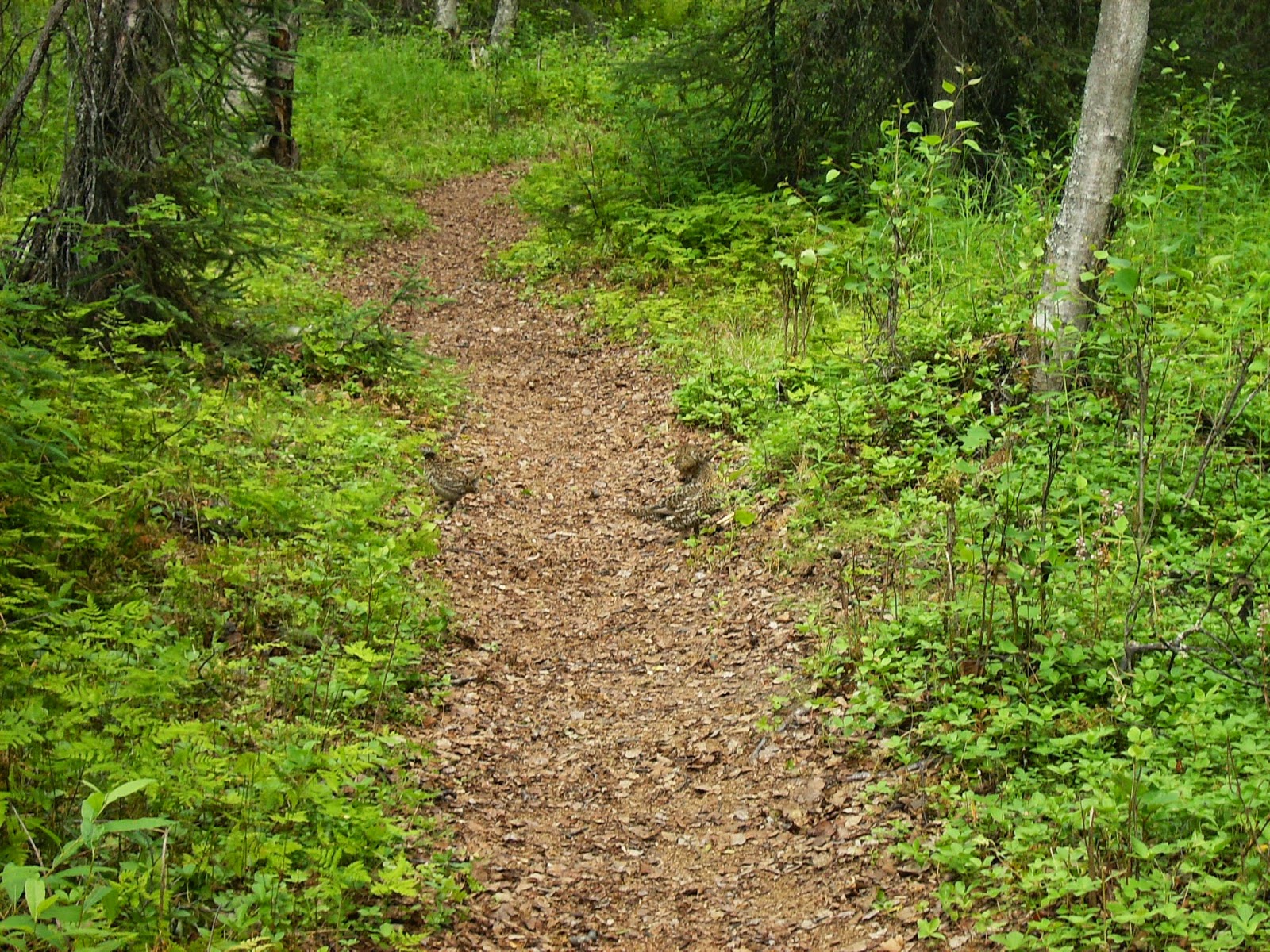 We also found out how out of shape we are. Our legs were shaking with fatigue when we returned. We have not had a chance nor much inclination due to the flying blood suckers to do many outdoor activities. Until this week we had spent most of our time traveling to show Deidra & Dom as much as we could before leaving for Phoenix.
Posted by Richard at 4:50 AM