Today we visited Kenai. It was one of the first areas of the Peninsula to be settled, perhaps as far back as the Stone Age. We stopped first at the visitor center and then saw some of the sites. The Russians first settled here long before anyone else other than natives. They established a small community of which some buildings are still standing. Today the area is known as Historic Kenai. We visited a Russian Orthodox Church that is still active. They have services every Sunday and all Feast Days. The priest was a very informative character.  He said he's been there for 30 years & this is the coldest, wettest June/July he can remember. 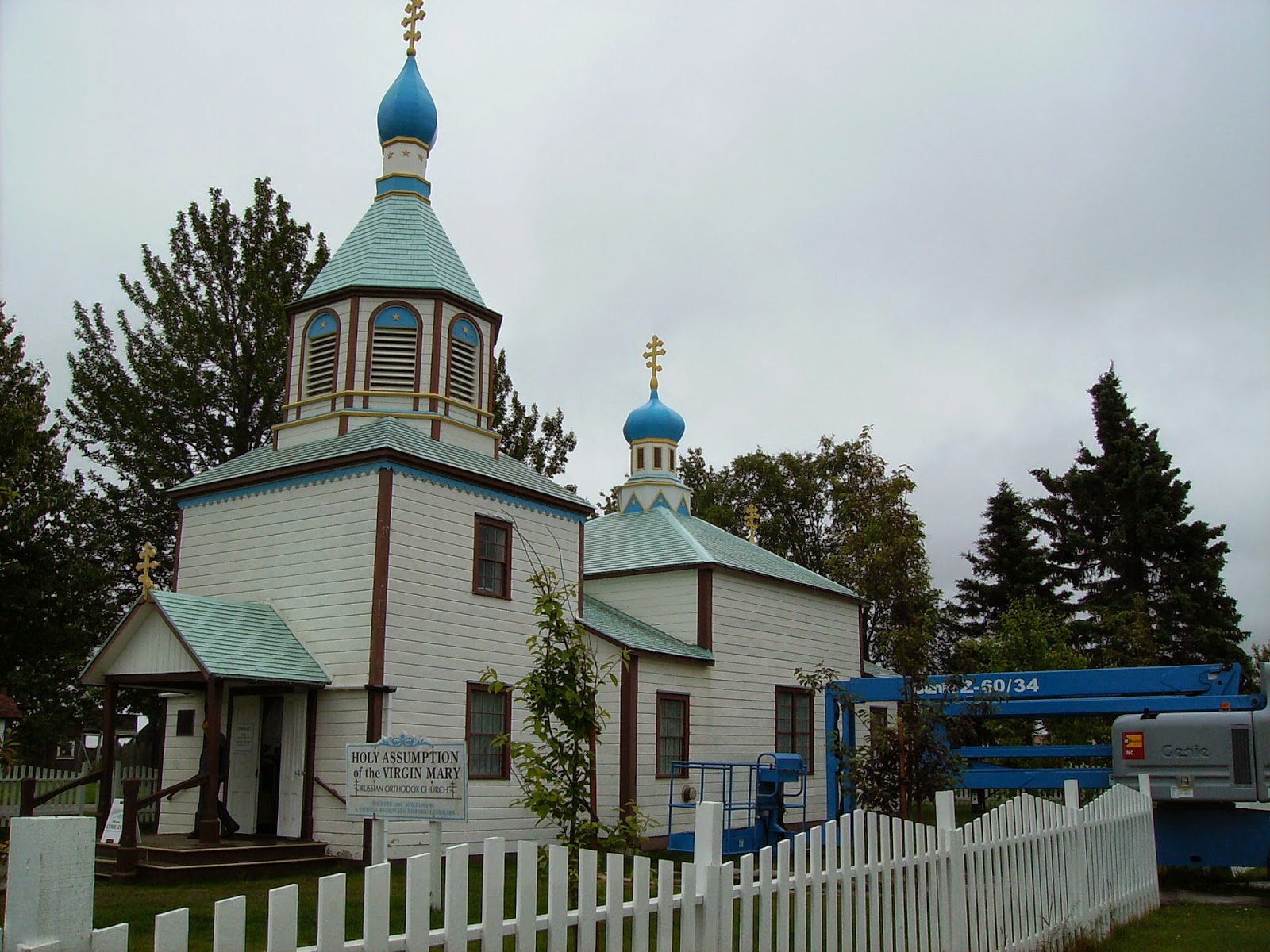 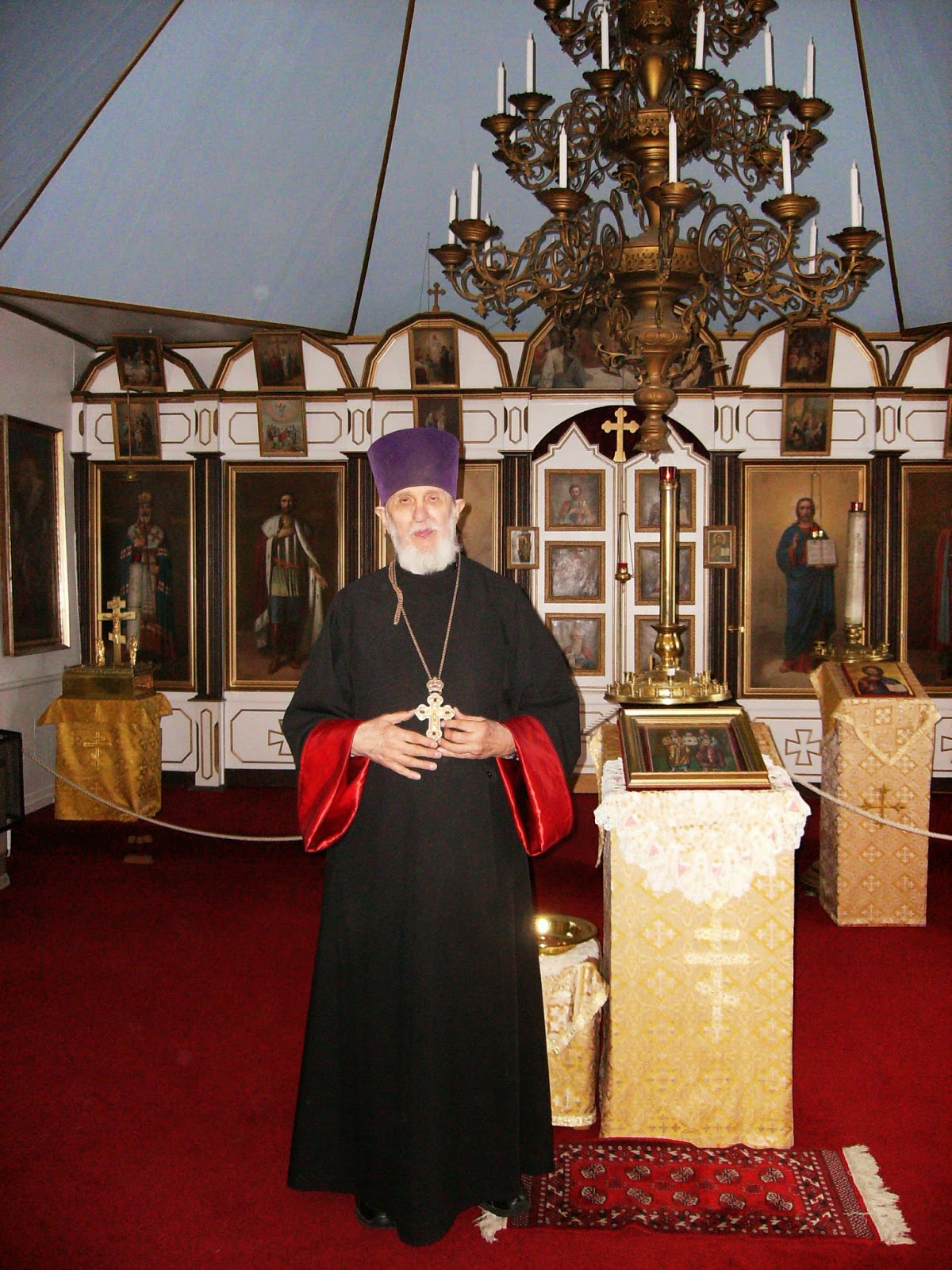 We also had lunch at Veronica’s Coffee House and Café which is also located there. Good soup, corn bread and pasta. 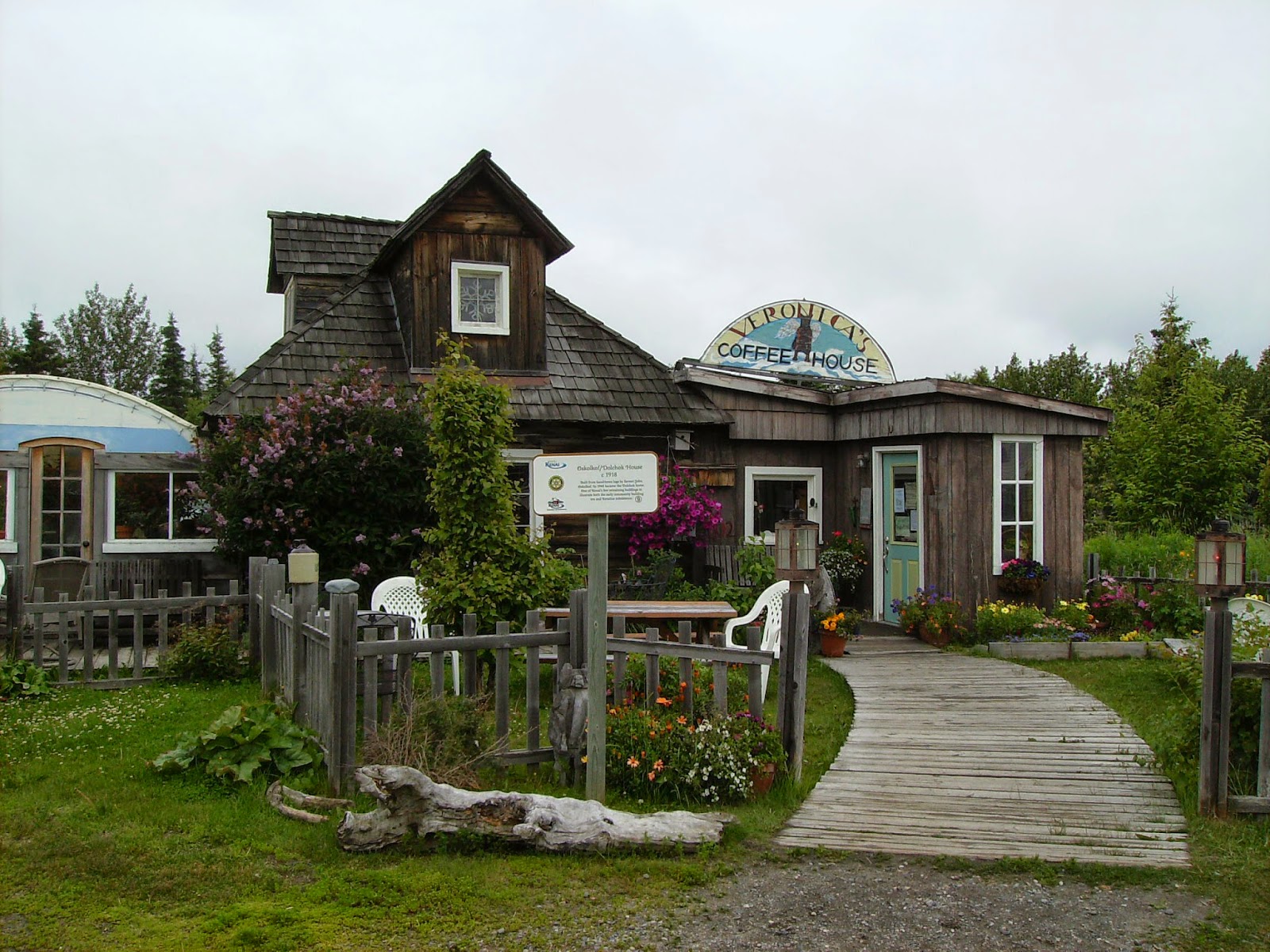 Then we went to Kenai Landing where an old cannery is located. They have restored many of the buildings and turned them into hotels, restaurants and tourist trap type gift and souvenir shops. However, it does not look to us like it is going to make it. There was practically no one there and most of the shops were closed. It was sort of interesting, but not worth spending much time.

Then we did our grocery shopping and made a stop at a Radio Shack for a USB G antenna. It works on the desktop system, but just marginally. The RV park only has a home type router in the office so it does not broadcast or receive very far. My laptop seems to work pretty well, but it took quite a while to find a place for the new antenna to work. It is now hanging out a window and the cord is running across the floor. Oh well. At least Dianna is able to download her 1,800 emails.

It rained most of the day and more is forecast for the rest of the week. It seems like more than normal, but this is Alaska.
Posted by Richard at 2:12 PM