We awoke to our first blue skies in weeks! It was absolutely gorgeous all day. I think it was the only day we haven’t had some precipitation.

We drove to Seward to take the Kenai Fjords dinner cruise at 3pm. The captain was extremely knowledgeable about the biology as well as the geology of the area and made the day go quickly with constant bits of information. Our first wildlife sighting was a bald eagle scouting for prey from his perch high in a tree at the point of an island. We soon found ourselves surrounded by multitudes of sea birds; gulls, cormorants, puffins, meres (sp?) among others.

The puffins gorge themselves until they can barely get airborne. They only fly six inches to a foot off the ocean and have to flap continuously as they have such short wings. The captain said that when they come in for a landing it’s a controlled crash landing & sometimes not very controlled!

He soon spotted a couple of humpback whales and we circled for awhile trying to get good views of them. They were a mom & her baby. She had learned a unique trick for feeding – swimming along with her mouth open to capture as many fish as possible. Her baby had been born last winter, probably in the Hawaiian Islands. They summer in Alaska due to the abundance of food here. The babies are born the size of a pickup truck & feed often gaining up to 200# a day until they are ready to head north with mom in late spring. They were a delight to watch!

We spotted a few Dall porpoises and watched their antics for awhile. Sorry we didn’t see them with you Deidra & Dom.

They served us our gilled salmon dinner on our way to the glacier that was our last stop before returning to Resurrection Bay. It is about ¾ mile wide & 300-400 feet high. While drifting we heard a sound like a thunder clap and saw the glacier calve. It was quite a sight! 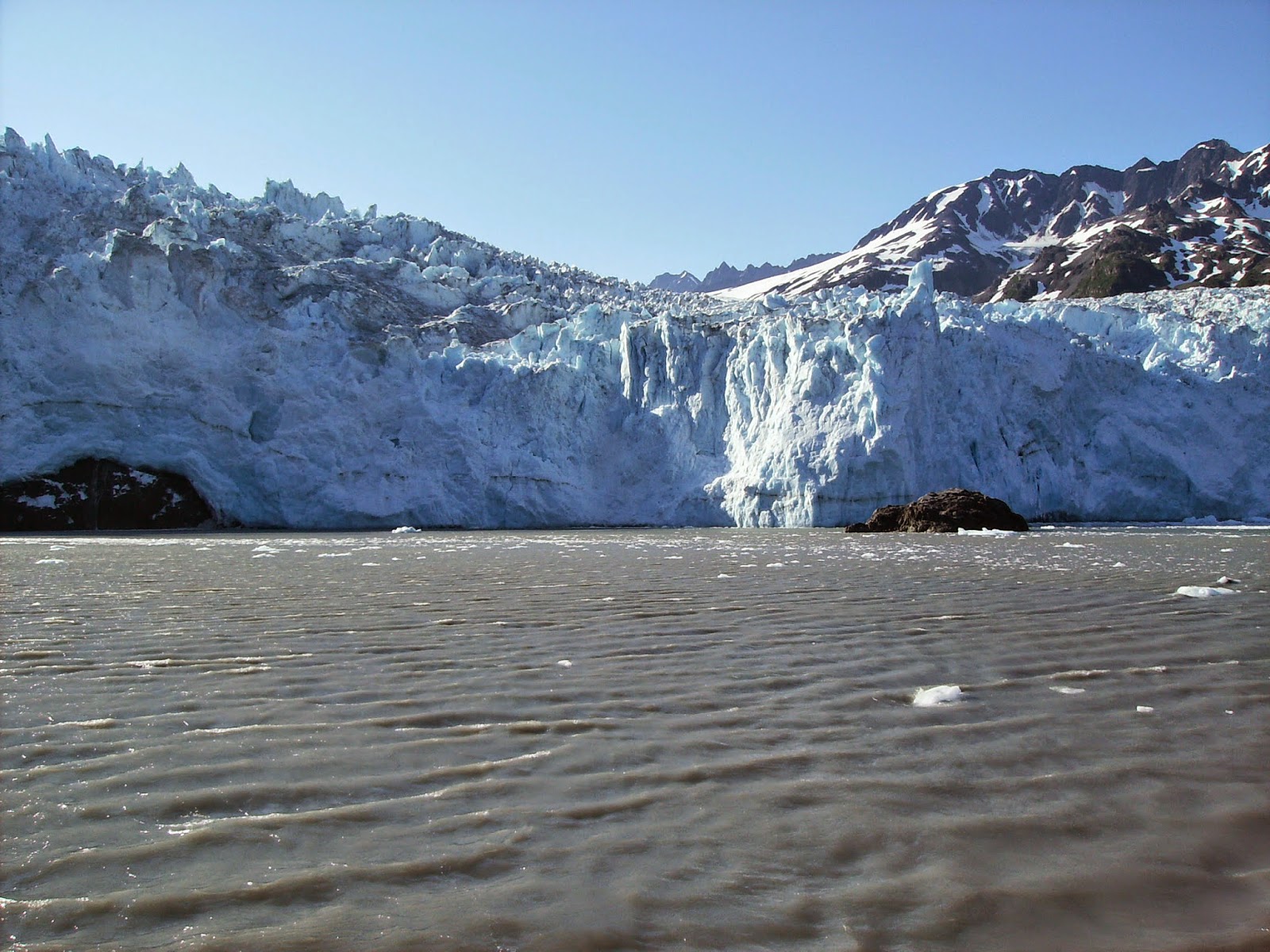 On the way back we saw a couple of orcas. They are predators of porpoises & other mammals, and are very stealthy, not surfacing much like the humpbacks. We were lucky to have seen them at all.

We also saw some more porpoises swimming with two adult humpbacks. They cruised with the ship for quite awhile so we really got to enjoy them.

Otters are normally very shy animals. The ones we saw out in the ocean were pretty skittish when we tried to get closer for a better view but one just outside the harbor swam lazily along until the wake from the boat woke him up!

All in all it was a glorious day; beautiful weather, a wonderful cruise, fantastic wildlife and awesome vistas.

They keep saying the Kenai is home to abundant wildlife. We saw a lot on the cruise today but nothing else. Suddenly there she was; a moose grazing along side the road. She’s only about the fourth or fifth we’ve seen on our entire trip.

I am writing this on our way home. It is 11pm & the sun is just beginning to set.
Posted by Richard at 5:08 AM