Today we explored Soldotna, a town just 10 miles from where we are staying. It is called the crossroads of the Kenai Peninsula since it is centrally located and is where the road splits toward Kenai or Homer. The Kenai River also runs through it and it is supposed to be some of the best salmon fishing in the world.

We stopped first at an antler carving place on the way. The artist there carves reliefs into moose and other horns. The carvings are very beautiful, but also very expensive. We did not see anything for less than $300, so the carvings are going to stay right where they are.

Our next stop was at a wood carving place. It is a large facility and seems to be cranking out the work by the dozens. Much of the stuff was inside and fairly small, but the big stuff outside was impressive and also very expensive. There is a hand carved wooden carrousel outside with all Alaskan animals. You can ride it for a dollar, but we did not see anyone who did. We took lots of pictures and then had an ice cream at the stand located in the parking lot. 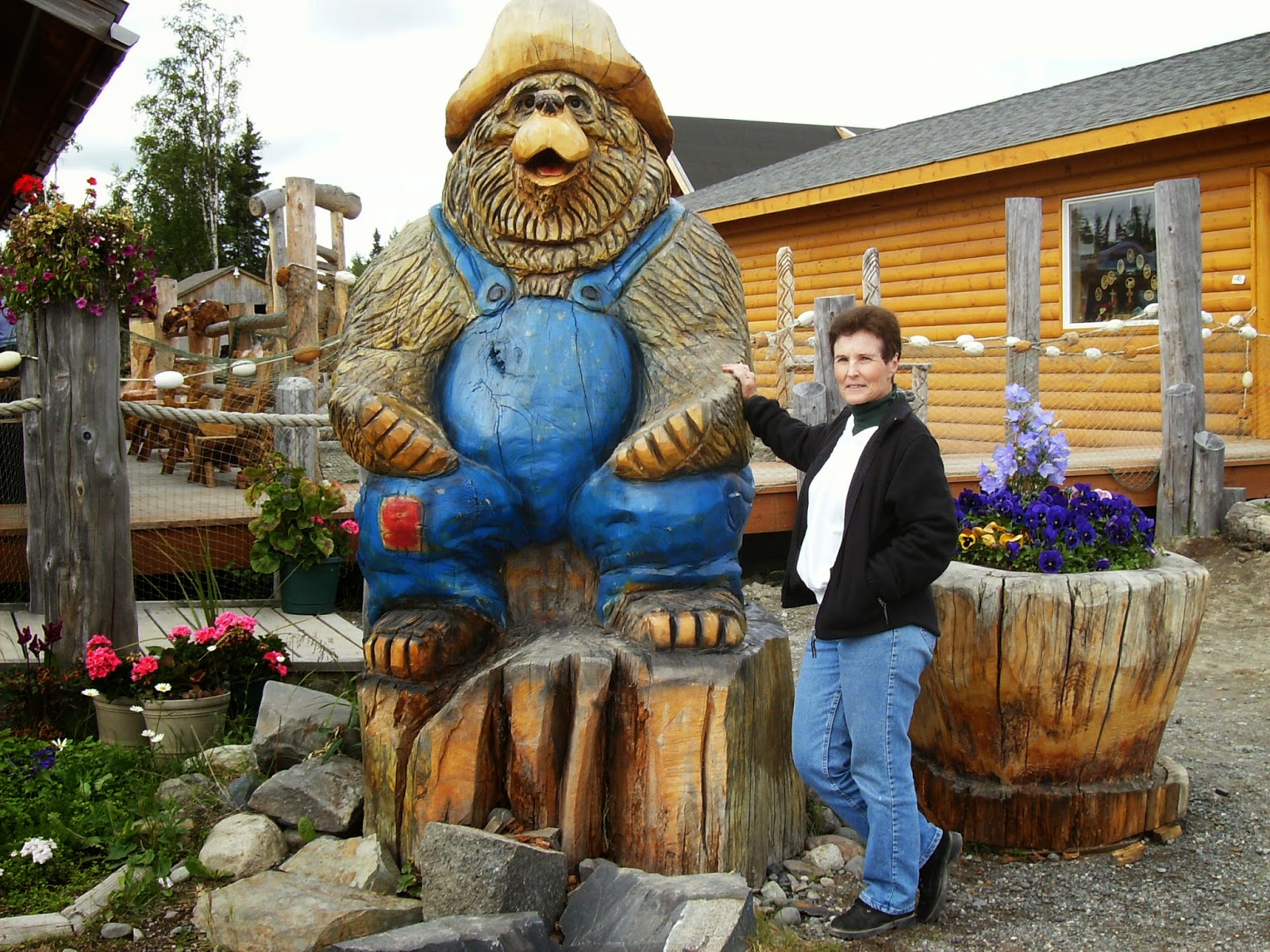 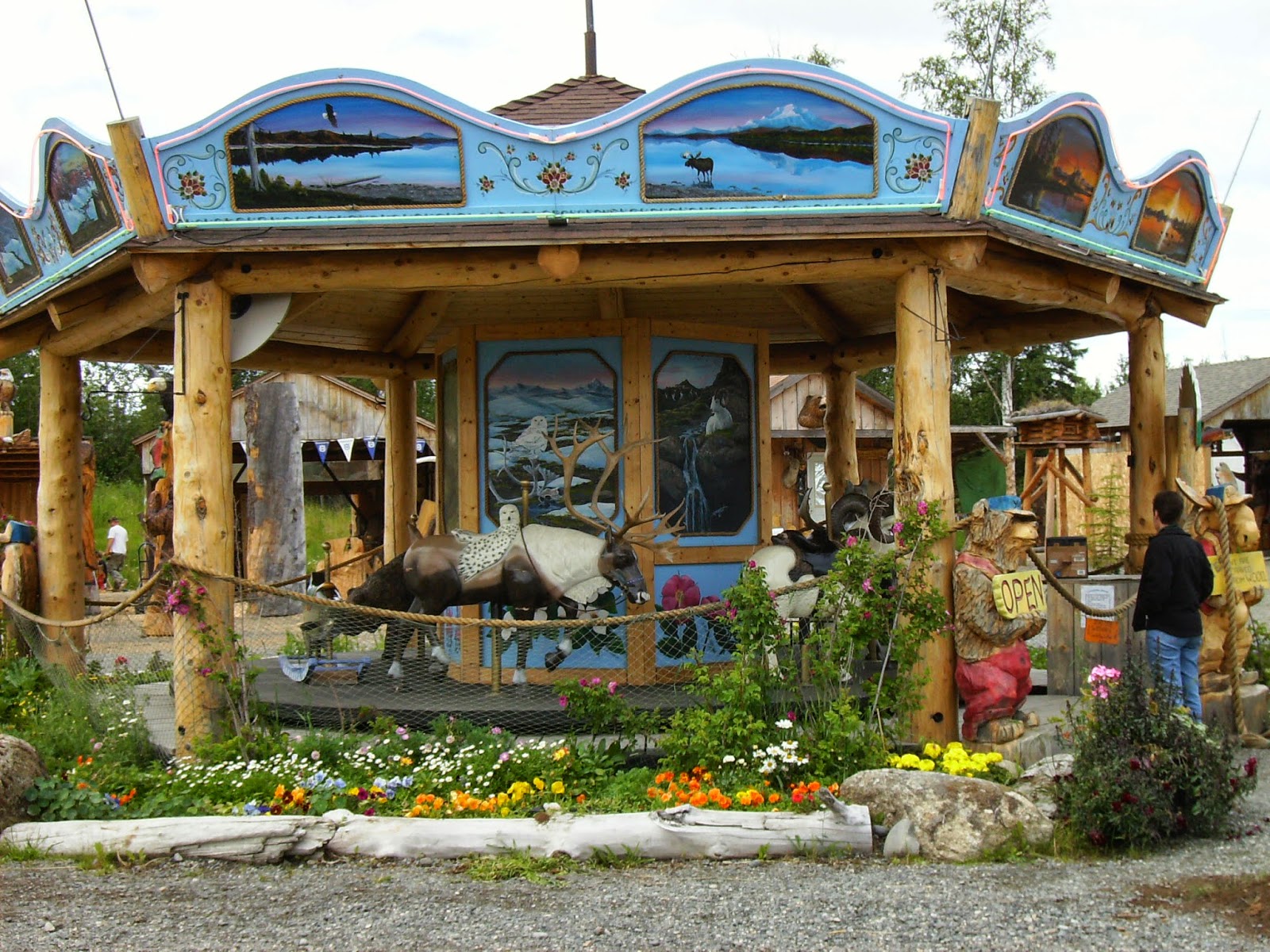 We then visited the Soldotna Visitor Center and walked down to the catwalk along the river where you can fish. There were a few people there, but no one seemed to be catching anything.

We then walked down a trail along the river to the Soldotna Historical Society’s Homestead Museum. They have several cabins and other structures that were built during the early homesteading years in the area, mostly by ex GI’s who were stationed in Alaska during WW II and stayed when it was over. The late 1940’s and early 1950’s saw the beginning of the town. 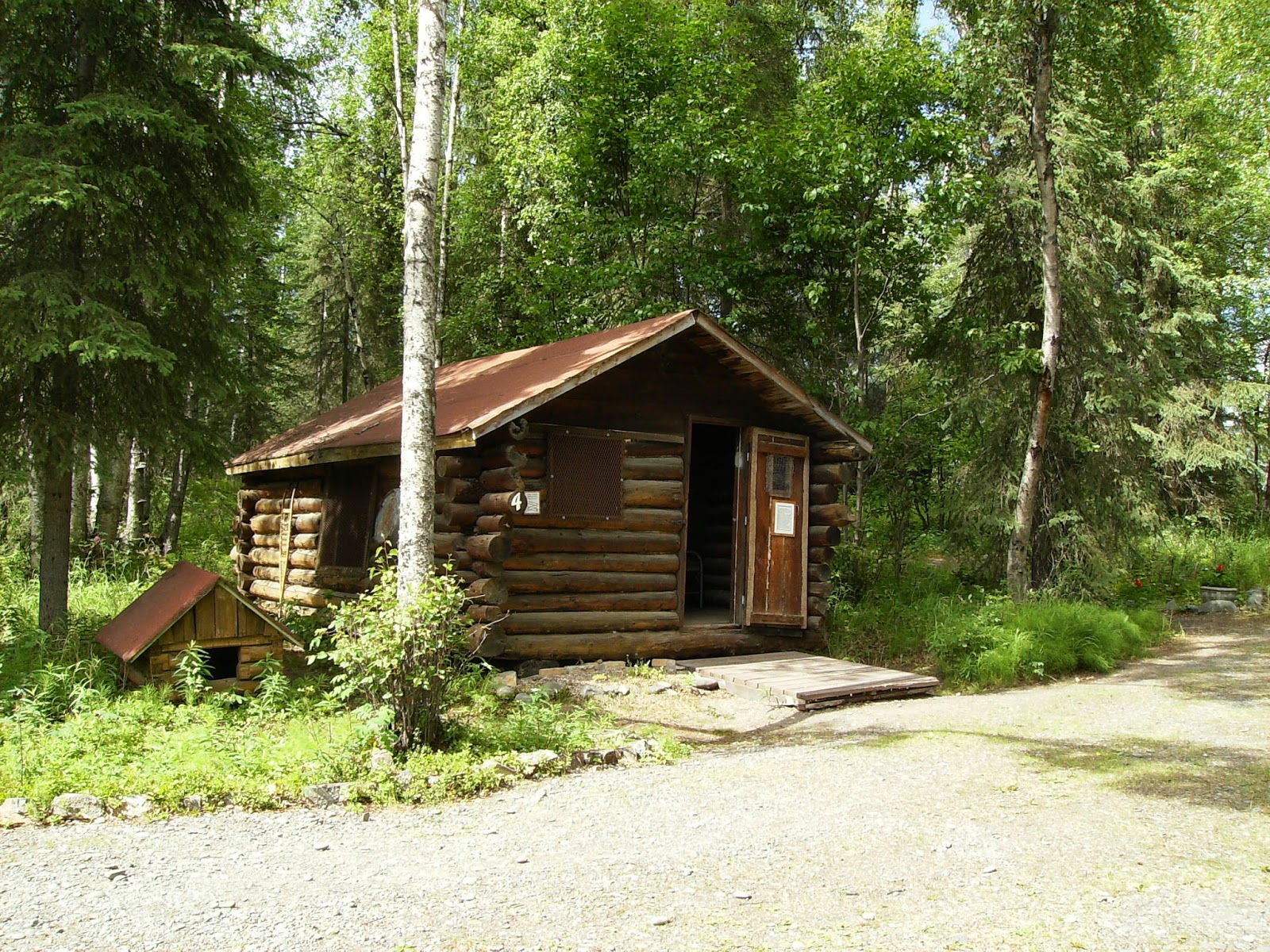 We only receive 6 stations on cable TV, but the internet works most of the time now. Between the two we manage to find plenty to keep us entertained.
Posted by Richard at 3:40 PM