We got up early and made coffee and had cereal for breakfast. The biggest drawback to the truck is the lack of running water. We have a portable sink, but using it inside with no place to dump is a challenge. We managed.


The only way to heat water is using the microwave. Since it is only 600 watts it takes about 8 minutes to boil two cups of water. We use a French press to make the coffee and it works really well.

We then continued our adventure north. I was expecting that the terrain would be rather flat like most of the rest of the intermountain areas we have been through in Alaska, but that is not the case at all. It is constant up and down all the way until you reach Atigun Pass at the north end of the Brooks Range. Then it is almost straight up and straight down. It is a 12 percent grade and the 4,800 foot pass scares even the most experienced truck drivers. It would have scared me too if I had been pulling a trailer, but since we left it down south, it was just a beautiful drive. The Brooks Range is magnificent.

Pavement started again about 100 miles south of Coldfoot and ended there. We have grown to really dislike pavement up here. It develops potholes and frost heaves that can not be easily repaired, so it is much rougher than the dirt or gravel roads. They just regrade them frequently and are much smoother to drive on. They do make the truck muddy though.

Before we got to Atigun Pass we stopped in Coldfoot at the Arctic Visitor Center. It is a new facility, just like you would find anywhere down in the lower 48. It even had a regular restroom and flush toilets. We have seen nothing but pit toilets since leaving Fairbanks. The coldest temperature ever recorded in the United States was recorded just south of Coldfoot in 1971. It was minus 80. 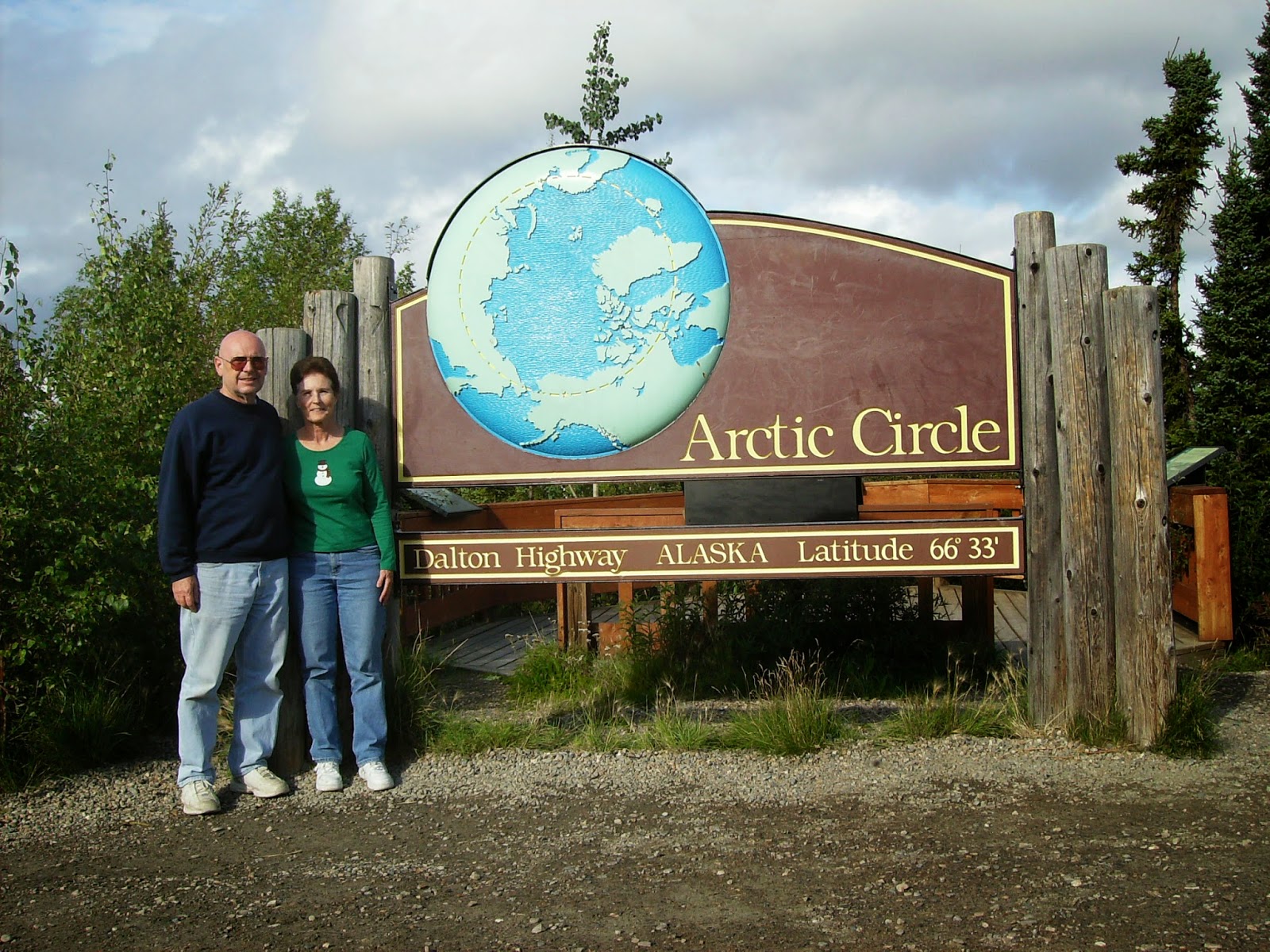 We made reservations for the tour to the Arctic Ocean in Deadhorse on Saturday. You can only drive in a private vehicle to about 8 miles south of the ocean. Due to security, you have to make reservations 24 hours in advance and provide identification so they can run a background check on you. Thanks again, 9/11.

We stopped to take a picture of this porcupine that waddled across the road in front of us, but the three wolves we saw were too far ahead of us to get a picture. 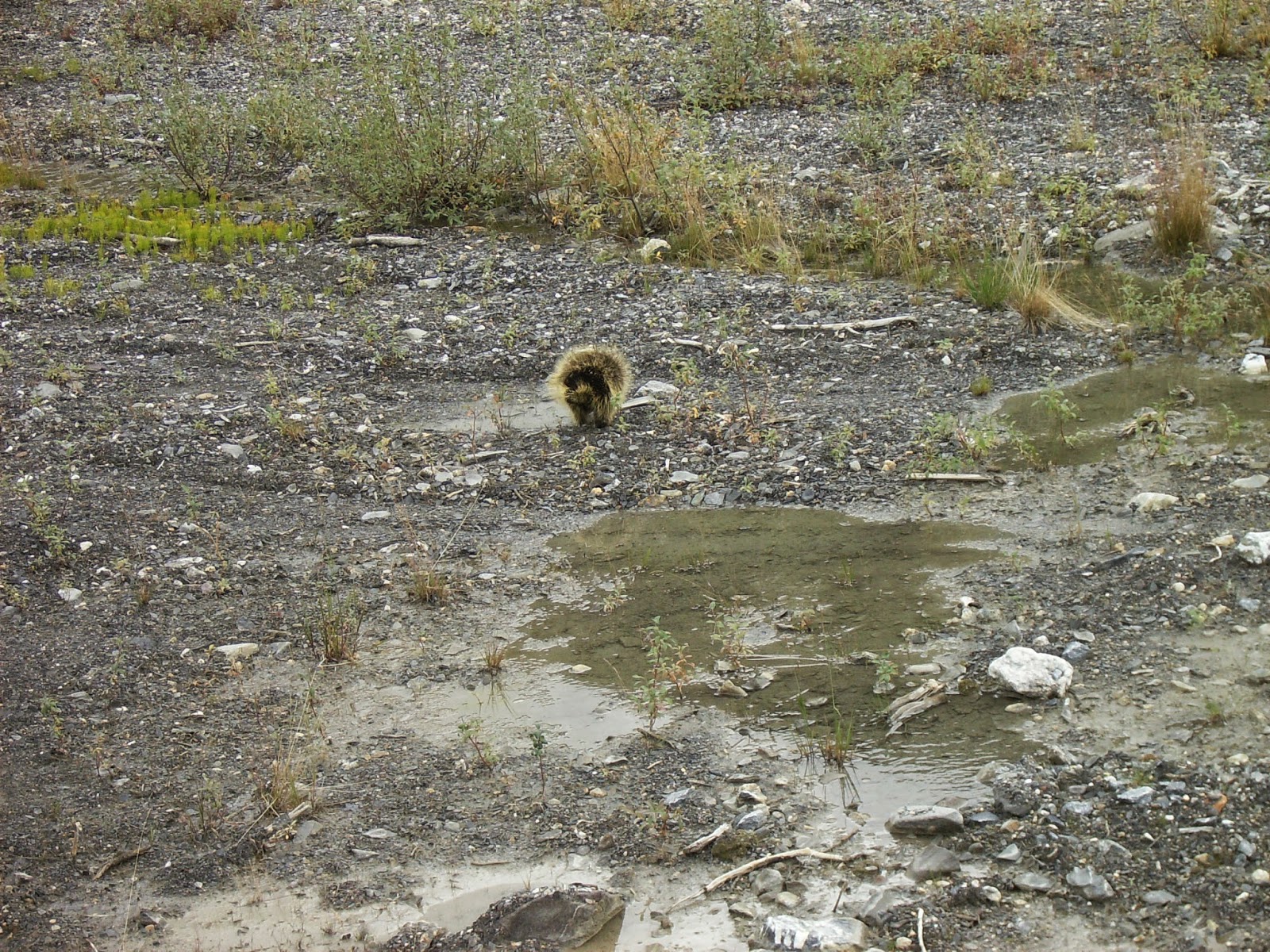 We emerged north of the big mountains and stopped for the night at Galbraith Lake, just where the north slope Arctic Plain begins. It is nothing but tundra from here on in. We are at a BLM campground that is four miles off the highway. It is very remote and quiet here, except for the glacier fed stream that runs by about 100 feet away on its way to the lake. 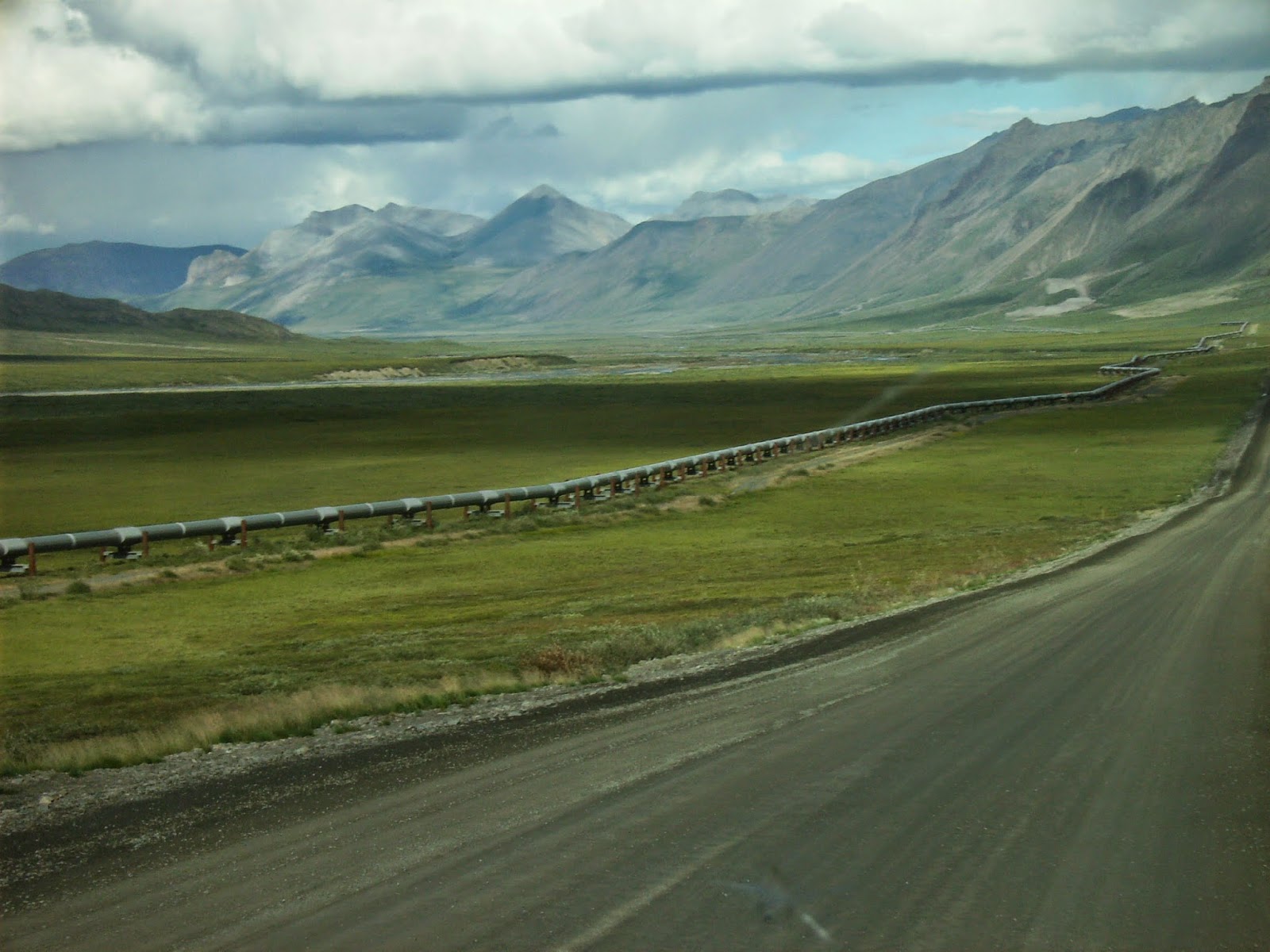 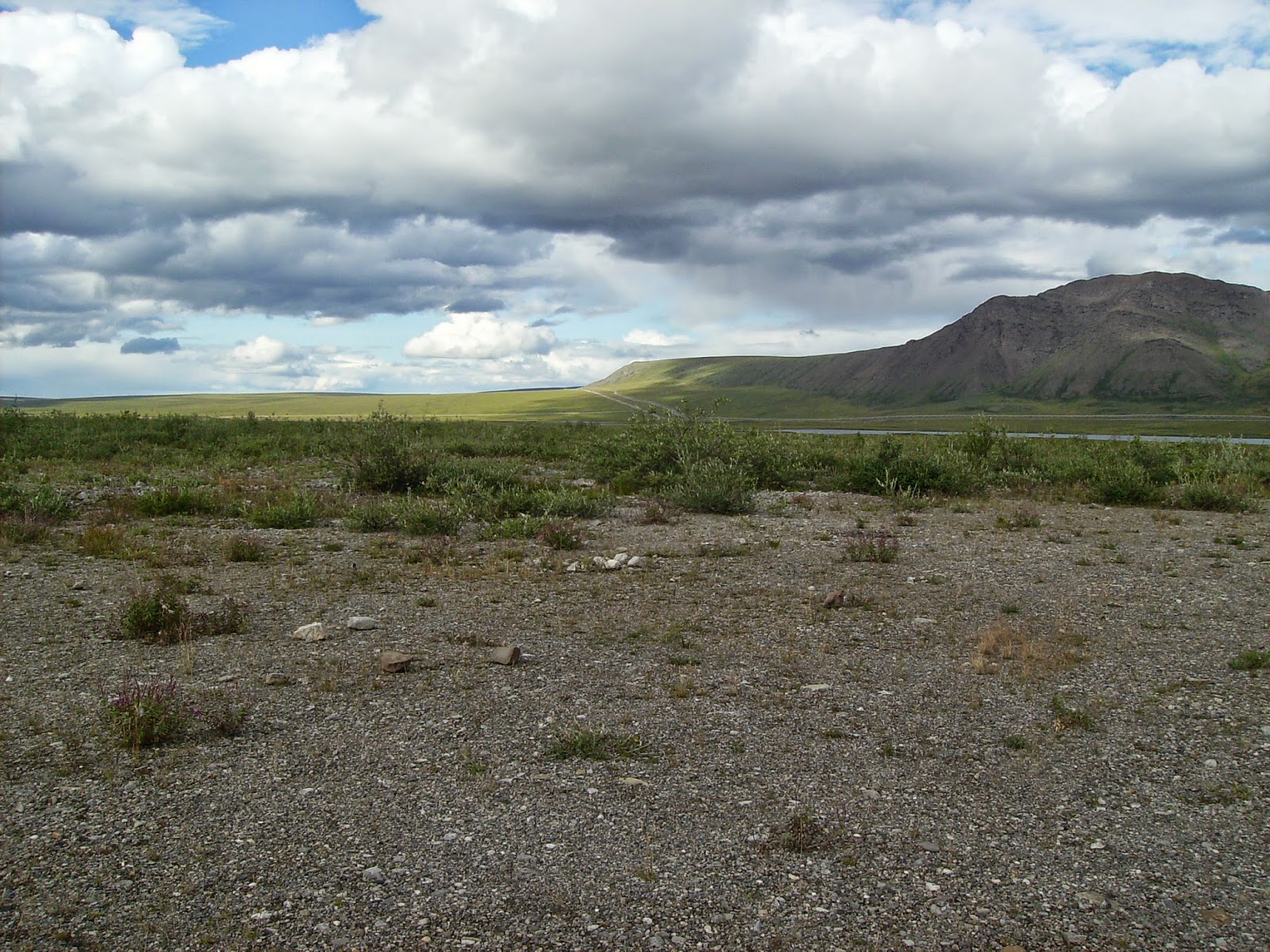 Happy 60th Anniversary Mom and Dad Widener!
Posted by Richard at 6:27 AM