Shortly after leaving our campsite this morning we stopped at Five Finger Rapids. It is an area on the Yukon River where there are four huge pillars of rock standing in the river forming five channels. The local Indians named it. Early paddle wheelers had a real challenge getting up by these rapids and navigating the channel. They even attached cables and used them to winch themselves through.

We took the one mile hike to the observation platform above the rapids. It was good exercise for so early in the day. 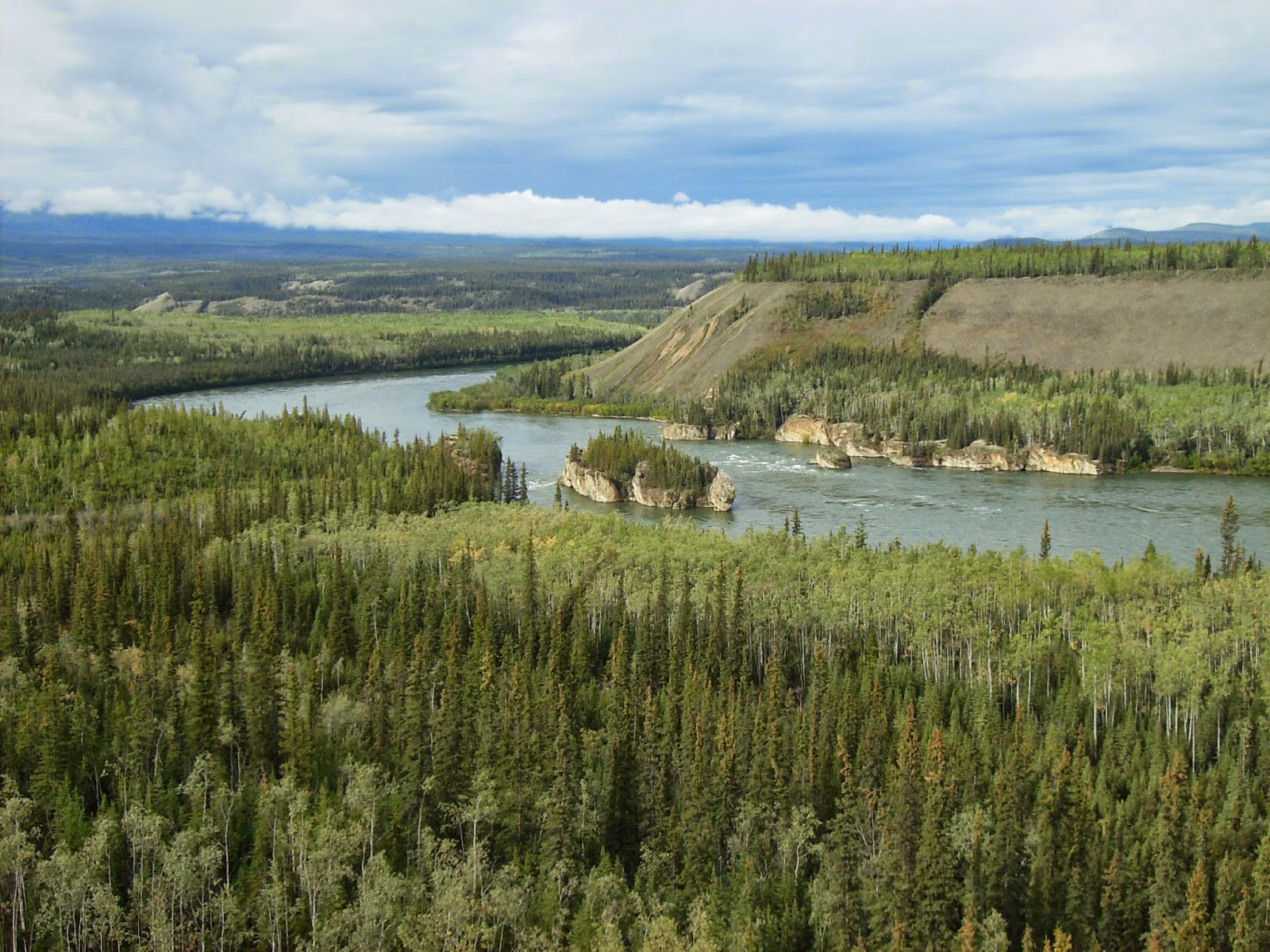 Our next stop was at a place our Guidepost told us about where you can buy huge cinnamon buns. We bought one which we had ¼ of for desert after lunch, and the rest will probably disappear tomorrow sometime. It is huge, about the size of a pie only 3 inches high, and very good.

We arrived in Whitehorse late in the afternoon, did some shopping at WalMart and checked into the Pioneer RV Park where we stayed on our way up. We now have to retrace our route down to Watson Lake where we will take the Cassiar Highway instead of the Alaska Highway on the way south.

One of the reasons for stopping at WalMart was to try to fill a prescription. When I got my annual prescription for my thyroid medication late last year my Dr. wrote it for 90 tablets with three refills. WalMart pharmacy misread it and set it up for only two refills. I noticed it right away and had my Dr. call them to correct it. He did, but they didn’t which I did not find out until I tried to refill it in California. So, I was three months short of my years supply. I knew I would run out so had my Dr. send me another prescription. I received it in Tok but learned there was no pharmacy there. I figured I would get it filled in Whitehorse, but when I took it in today they told me they cannot fill a prescription written by a US Dr. The way the internet pharmacies do it is they have a Canadian Dr. sign off on all prescriptions they get.

Anyway, the long and short of it is I will run out of my medication in a few days, so I will once again have a medical excuse for being fat, lazy and stupid – at least until I get back to the US and can get the prescription refilled.
Posted by Richard at 2:03 PM