The truck did indeed run all night and we were toasty. When we woke the fog was still completely obscuring everything. We fixed coffee and had our cereal, then drove to the post office to mail some postcards. Then we went to the Artic Caribou Hotel where our tour was to leave from.

At the hotel we met up with a young French couple, both school teachers, who we have become friends with. They flew into Anchorage and rented a Jeep SUV which they have driven all over Alaska. They purchased a tent, stove, sleeping bags, etc., (basically everything needed to camp) and have been experiencing the trip of a lifetime. We first saw them our first night out at the Hotspot Café camping area. We saw them again at Finger Rock, the Arctic Visitor Center in Coldfoot, and then they came into the campground at Galbraith Lake where we introduced ourselves and got to know them. It turned out that they had also scheduled the 10 AM tour for today.

The 8 AM tour consisted of three bus loads of tourists who had flown to Coldfoot and were bussed to Deadhorse where they spent the night. After their tour they will fly back to Anchorage in the afternoon and then board a ship for a cruise back down to the lower 48. Our 10 AM tour consisted of just the four of us; Dianna and me along with Stephanie and Alex, our French friends. The tour guide drove us through the oilfield and explained some of the specialized equipment and techniques they use. He also described camp life and what it is like to work there.

Our last stop was at the Artic Ocean. The tour guide said they had two certificates available; Dippers and Plungers. Three of us opted for the Dipper Certificate and dipped our hands into the 36 degree water, but not Dianna. She said she had not come this far just to dip. She brought extra clothing (the polar bear tee shirt) and sure enough, she waded in and sat down where it was deep enough so the water came up to her neck! She said it was cold, but not as cold as she expected. The fact that the outside temperature was only about 43 degrees at the time probably helped. She did not find out it was only 36 degrees until after she had been in. That was probably a good thing. 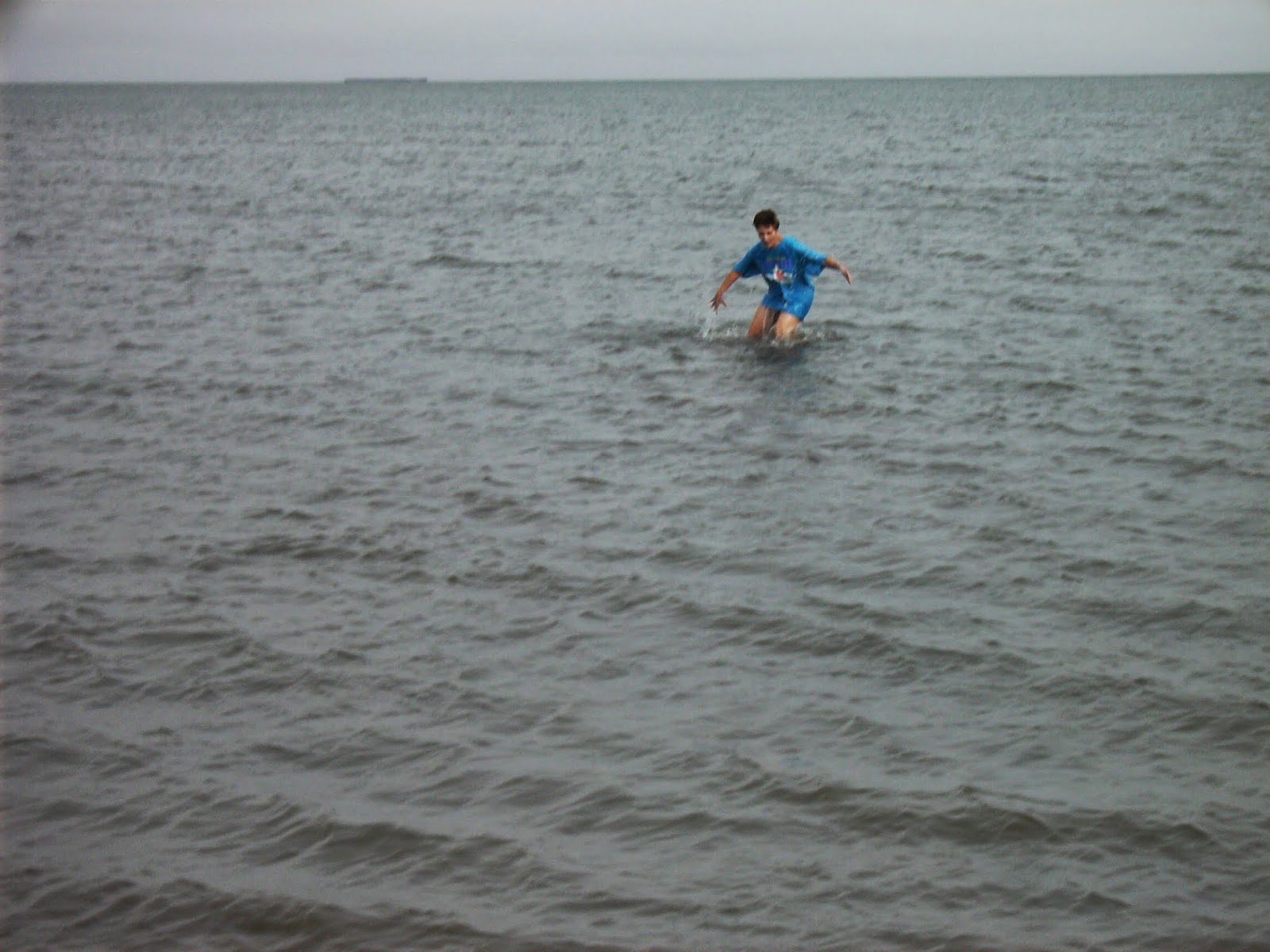 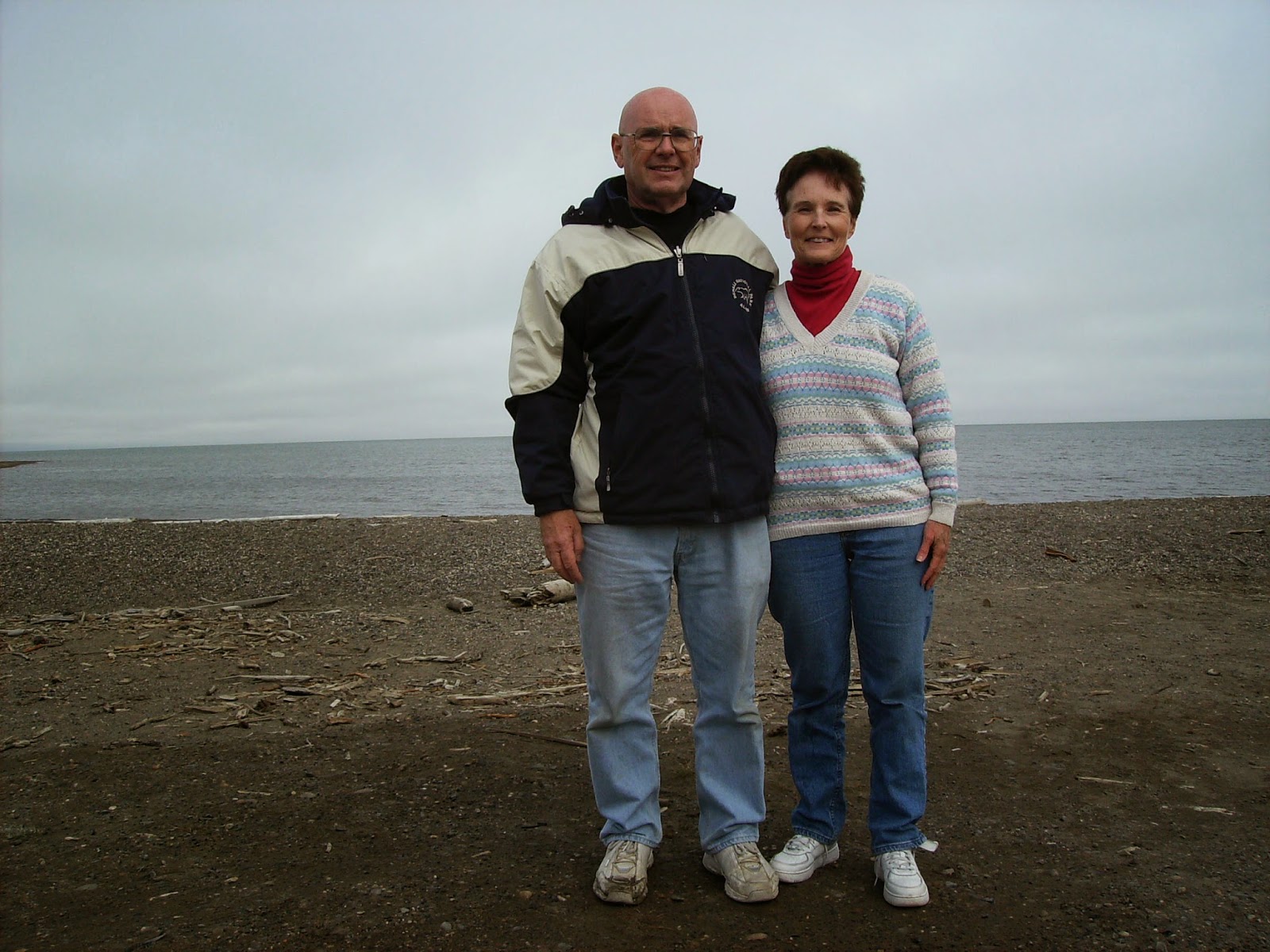 After the tour we watched a movie that explained a lot more about the oil operations and then ate a hot dog at their cafeteria for lunch. Then, sadly, it was time to leave. We headed south, the only way you can go from there, and soon saw the herd of musk ox again. A little while later we saw a peregrine falcon on a post not 10 feet from the truck. We thought surely he would take flight as we approached, but he merely spread his wings as we went by, giving us a tremendous view of his plumage. I stopped as quickly as I could and started backing up to get a picture, but he flew away as we got near. Sorry. No picture.


We continued on through a couple heavy downpours and stopped for the night at Galbraith Lake again. After dinner we played cards again and turned in.

This picture was taken at our campsite at Galbraith Lake. It and the whole area was amazing. There was a full rainbow behind the truck. 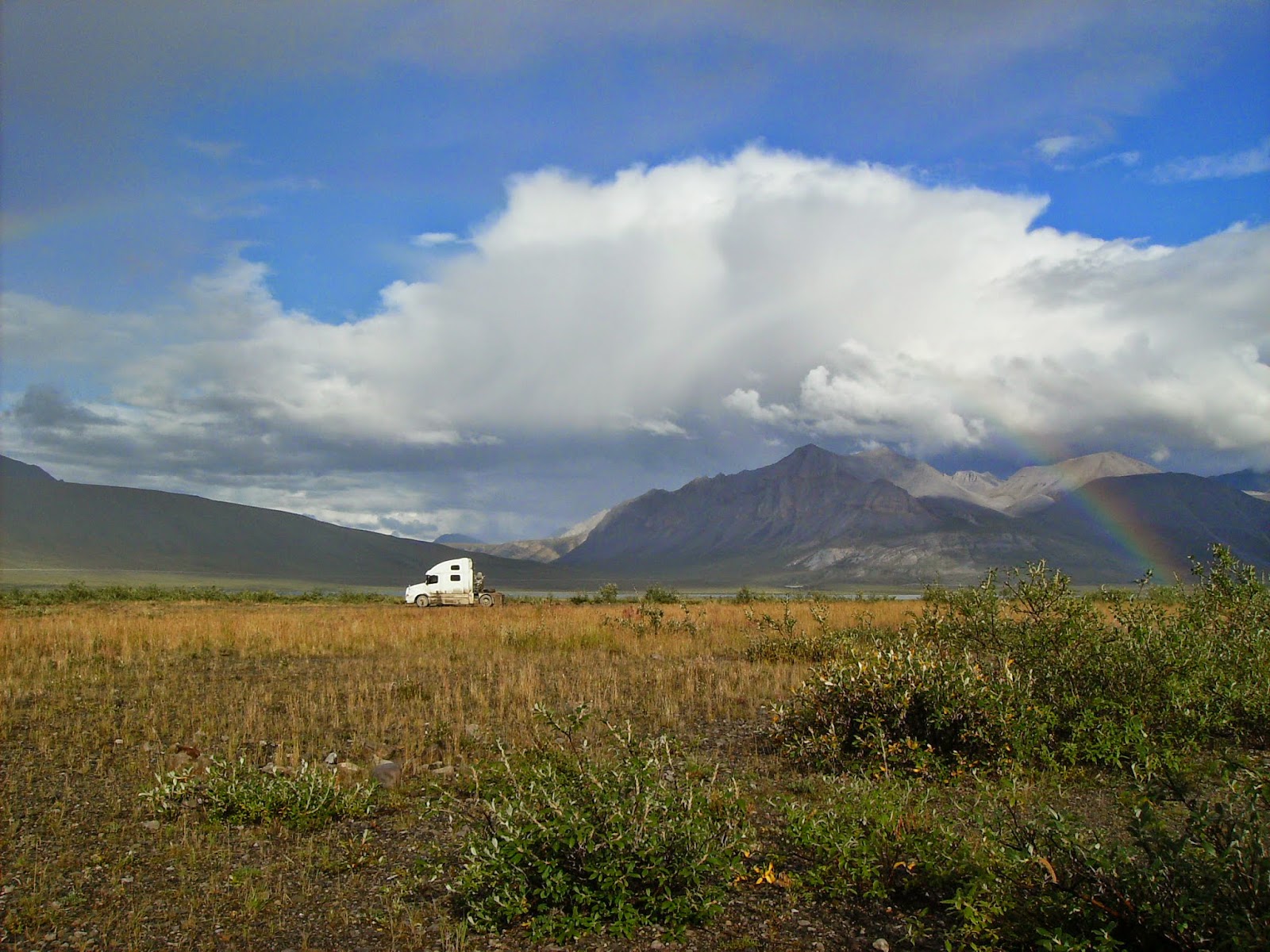