We returned to Canada today. We left our mountain top campsite and continued on to the border which was located about 10 miles down the road. The road conditions were still poor, but we drove mostly along the tops of the mountains instead of up and down the canyons. The weather was gorgeous as there was not a cloud in the sky. After crossing the border the road improved significantly as most of it was paved. All of it was much wider than what we had been on in the US. Although most of the road in Canada is paved, there are sections that are under construction and are now dirt or pea gravel. The dust from them was really bad and Dianna had to clean the inside of the trailer and I had plenty to clean outside. The worst is the gravel that bounces everywhere, including into the slide mechanism for the propane tanks. I can see it bouncing everywhere as we drive along, so I slow way down to a crawl whenever we meet another vehicle. 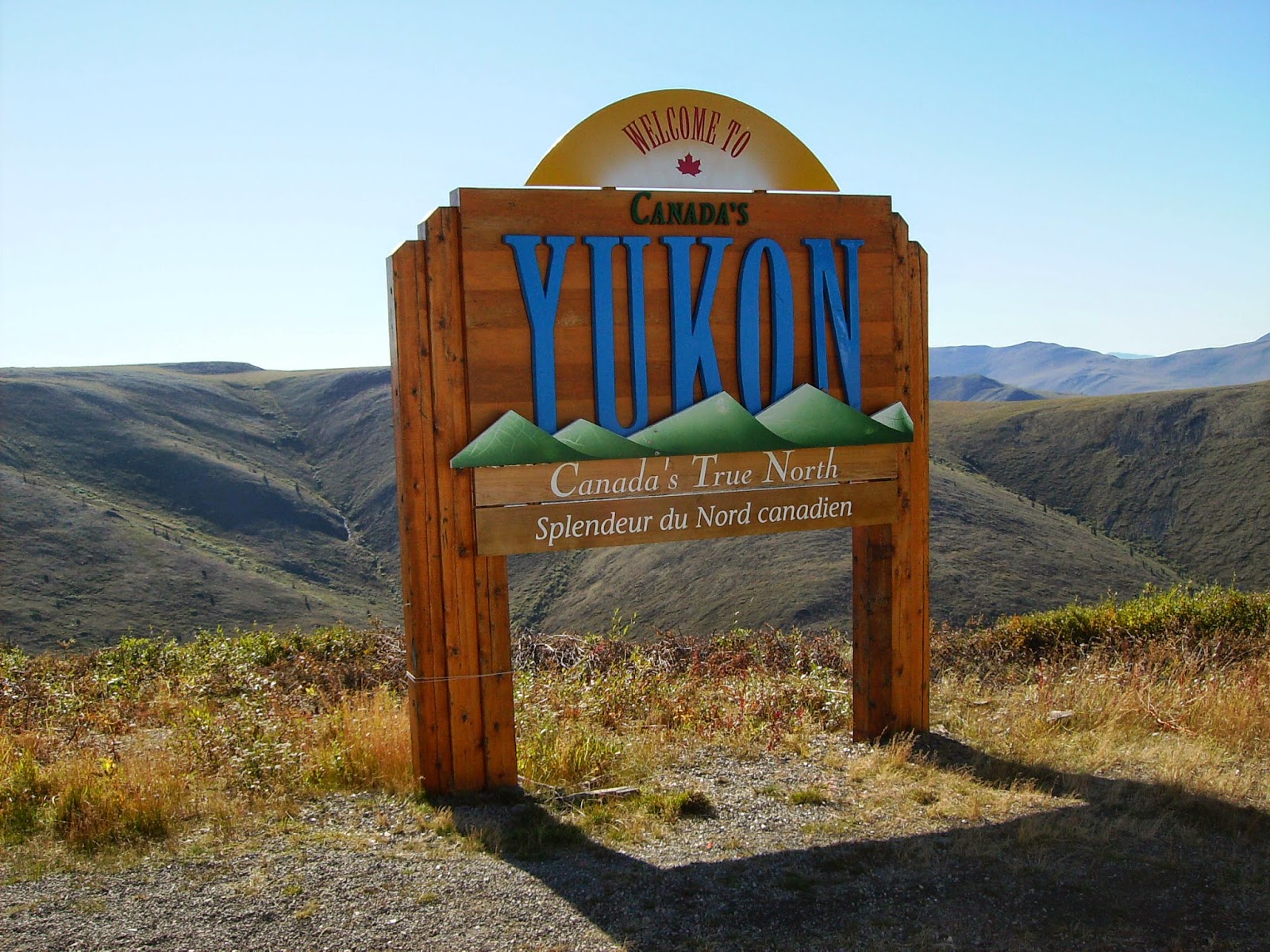 We continued for about 70 miles on the tops of the mountains on our way to Dawson City, Yukon. The road is known as “The Top of the World Highway” and it is easy to see why. The views were just like we had enjoyed the past two days.

We finally descended about the last 5 miles to the Yukon River across from Dawson City. There is no bridge, but the Yukon runs a free ferry. We only had to wait for one round trip ahead of us before they put us on. The trip across only takes about 5 minutes which is much less than the time it takes to unload and load. 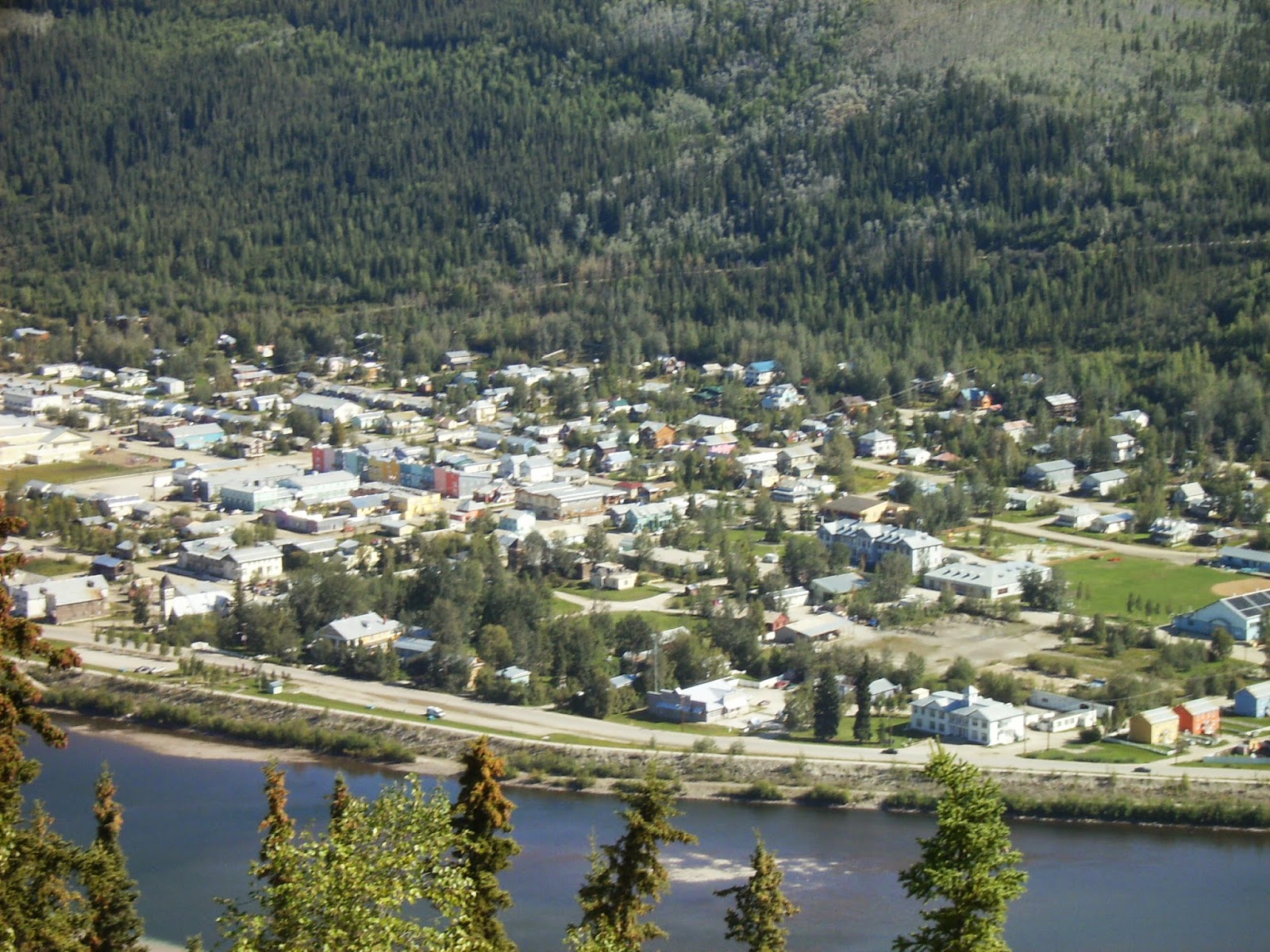 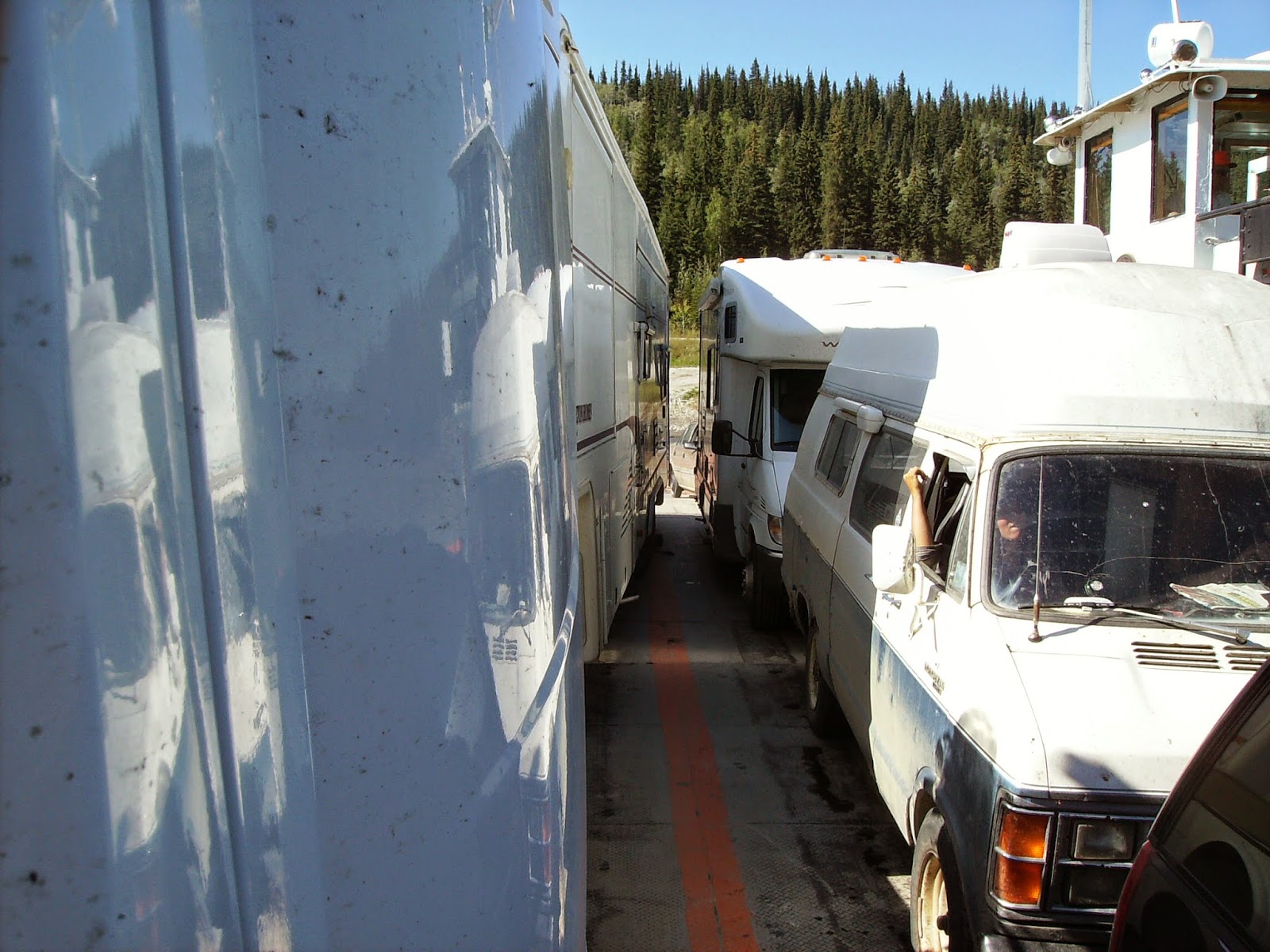 We decided to stay here for a couple nights. We checked into an RV park with full hookups and internet so we could catch up on things. We had not filled or dumped our tanks for six days, and we also need to do laundry again.

This weekend is Discovery Days in Dawson City. We’re not sure what that means but we will let you know tomorrow. We plan to unload the scooter and take it into town (we are a couple miles south) since it is a very touristy town and has lots of old buildings and narrow streets with no place to park.
Posted by Richard at 4:08 AM