We had a fun day exploring Dawson City. In fact, we had so much fun we may do it again tomorrow. Dawson City was started in 1898 when gold was discovered here in the Klondike. By 1902 it was a major city with all the refinements of civilized living. Many of the original buildings still stand and are in use. Of course, most of them are being used as tourist traps, restaurants or hotels, but that is probably not far from how they were used originally. In addition to the regular stores, they were having a local crafts fair so we spent some time looking at their wares as well. 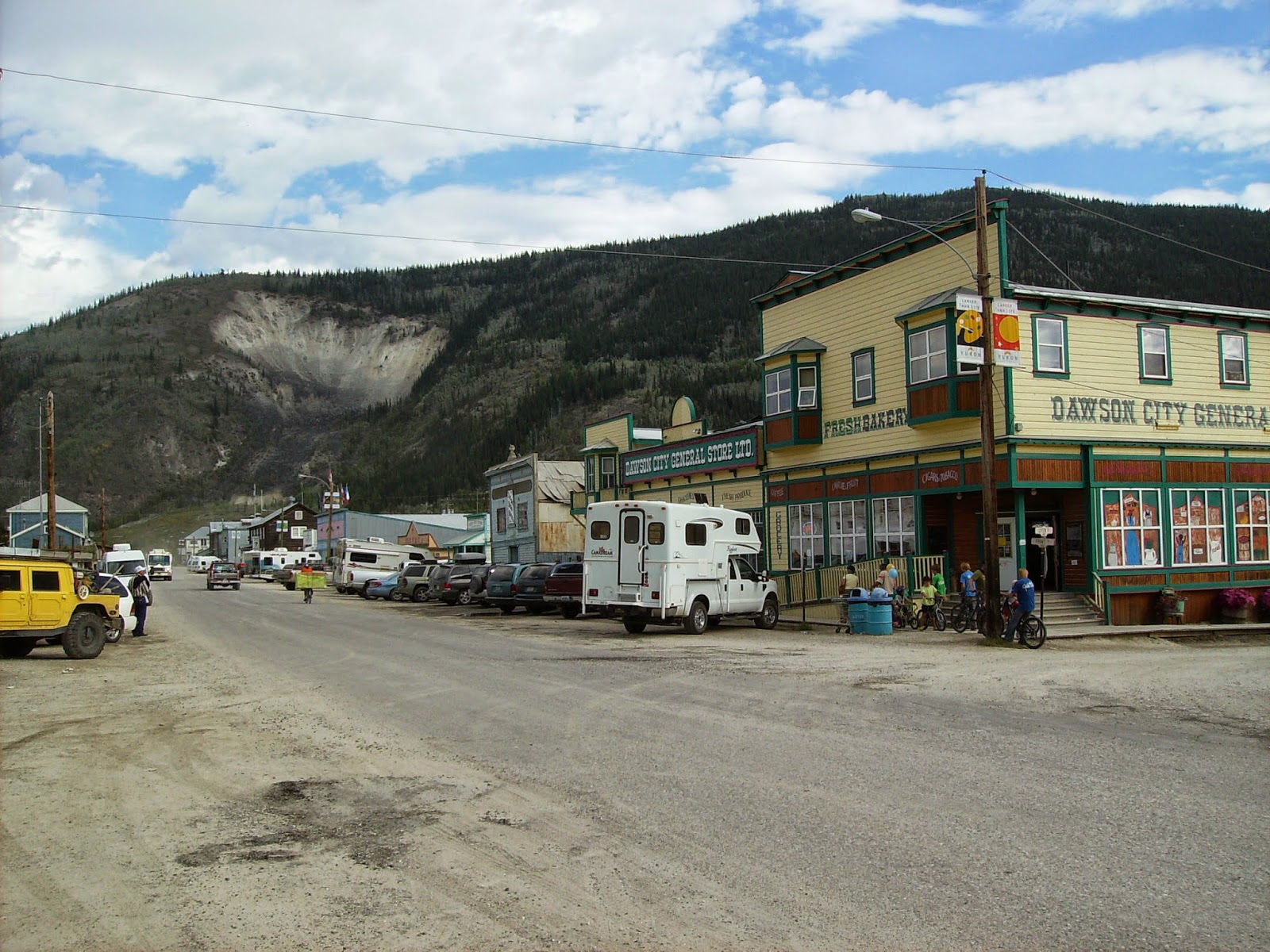 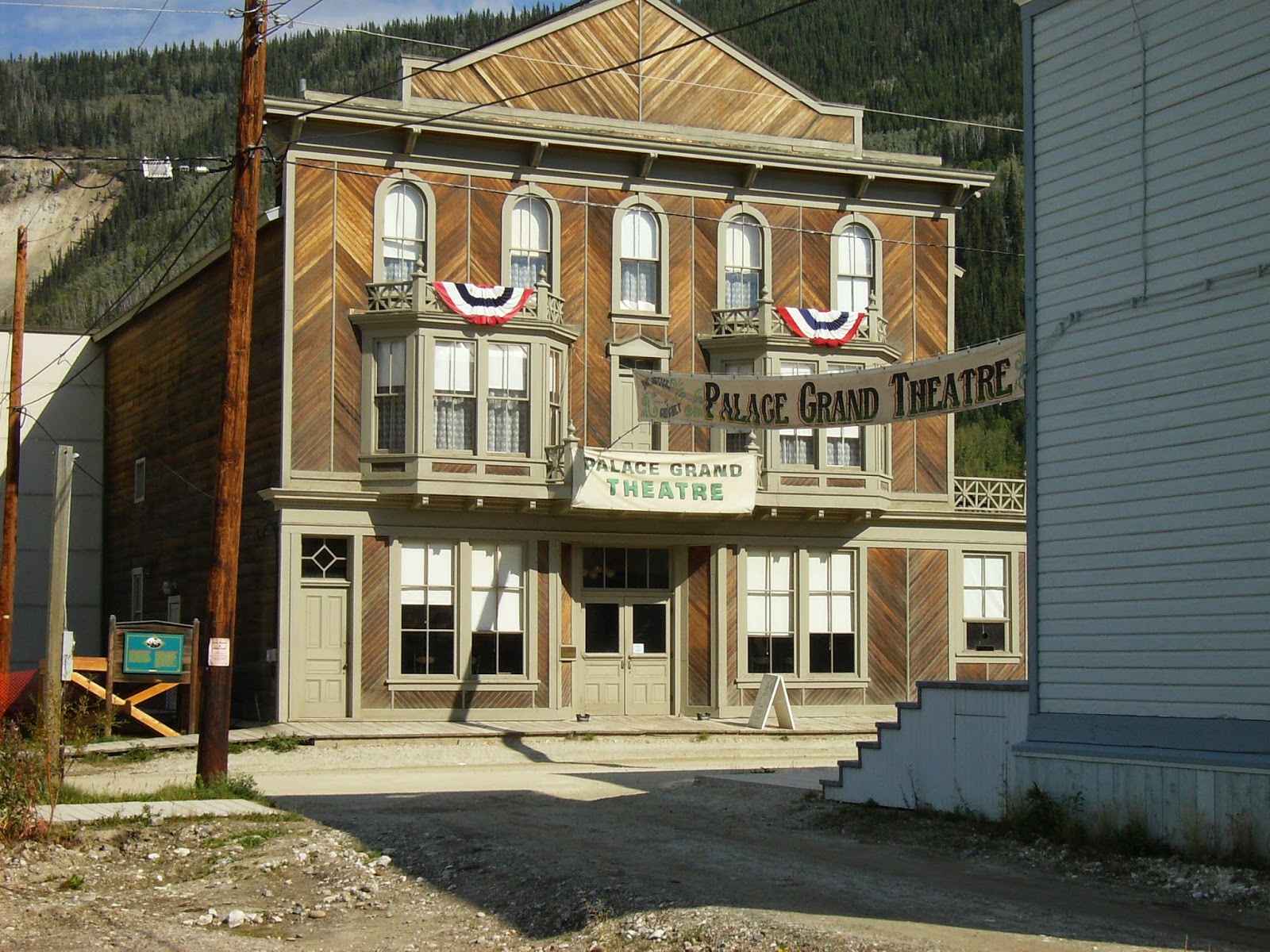 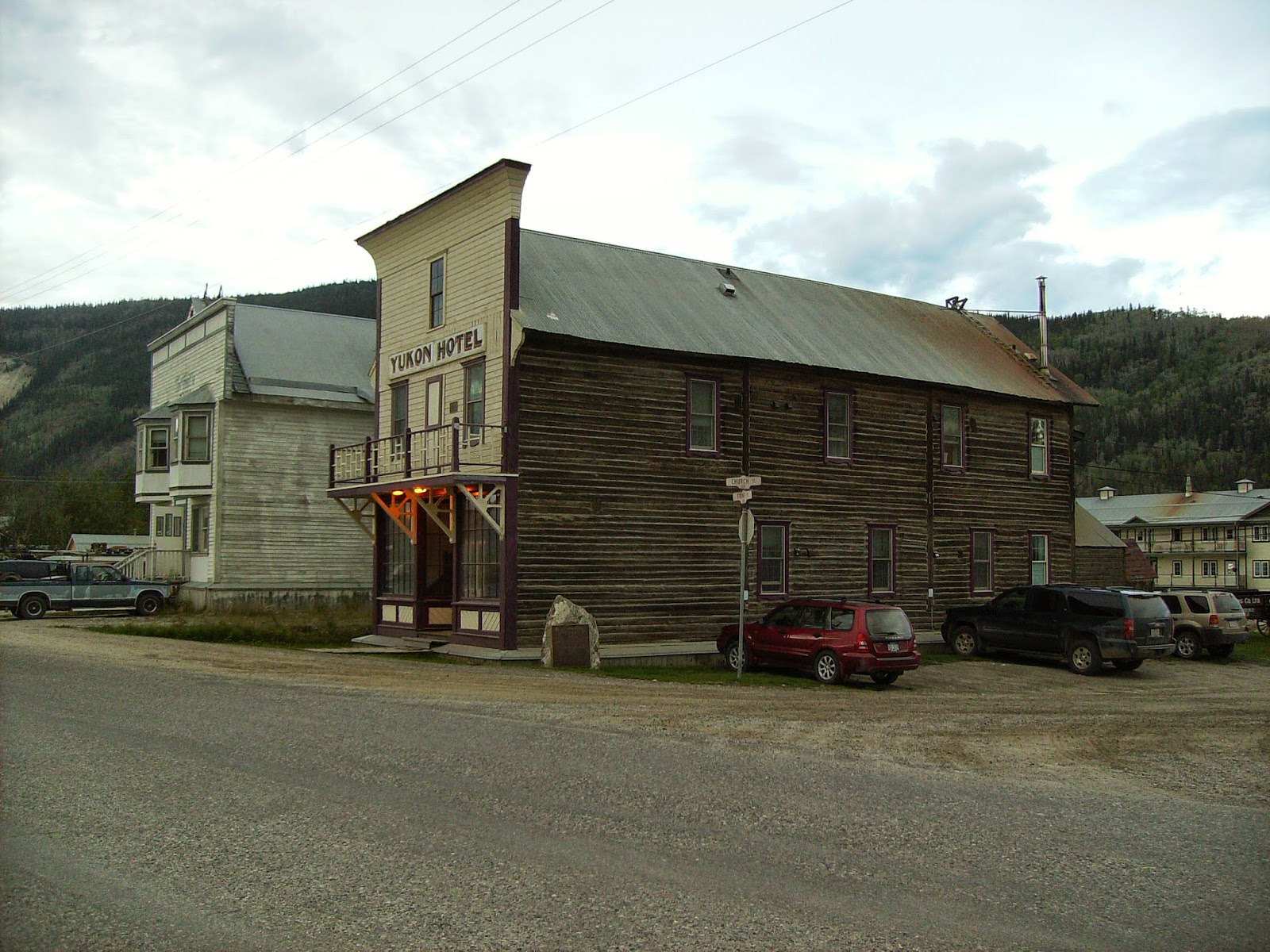 We stopped by the cabin the famous Klondike poet, Robert Service, lived in as well as the home of Jack London. 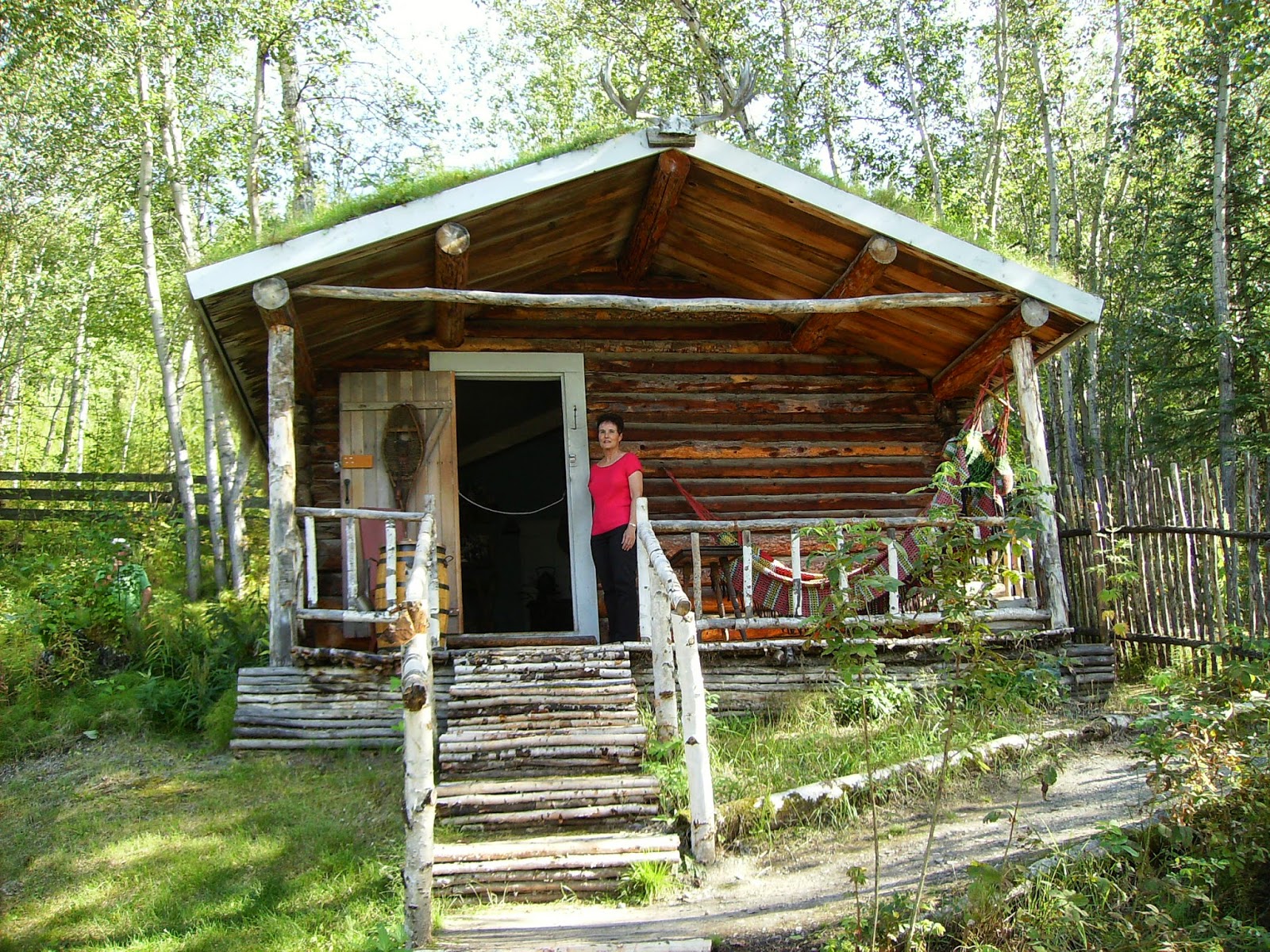 We then rode the scooter up Dome Road. It leads to a peak right above Dawson City where you have spectacular views of the city, the river and the road we came in on yesterday. While we were there we watched two hang gliders take off and glide down toward the city. They were using a flexible, wide wing instead of the old style metal framed hang gliders. It looked like a lot of fun. 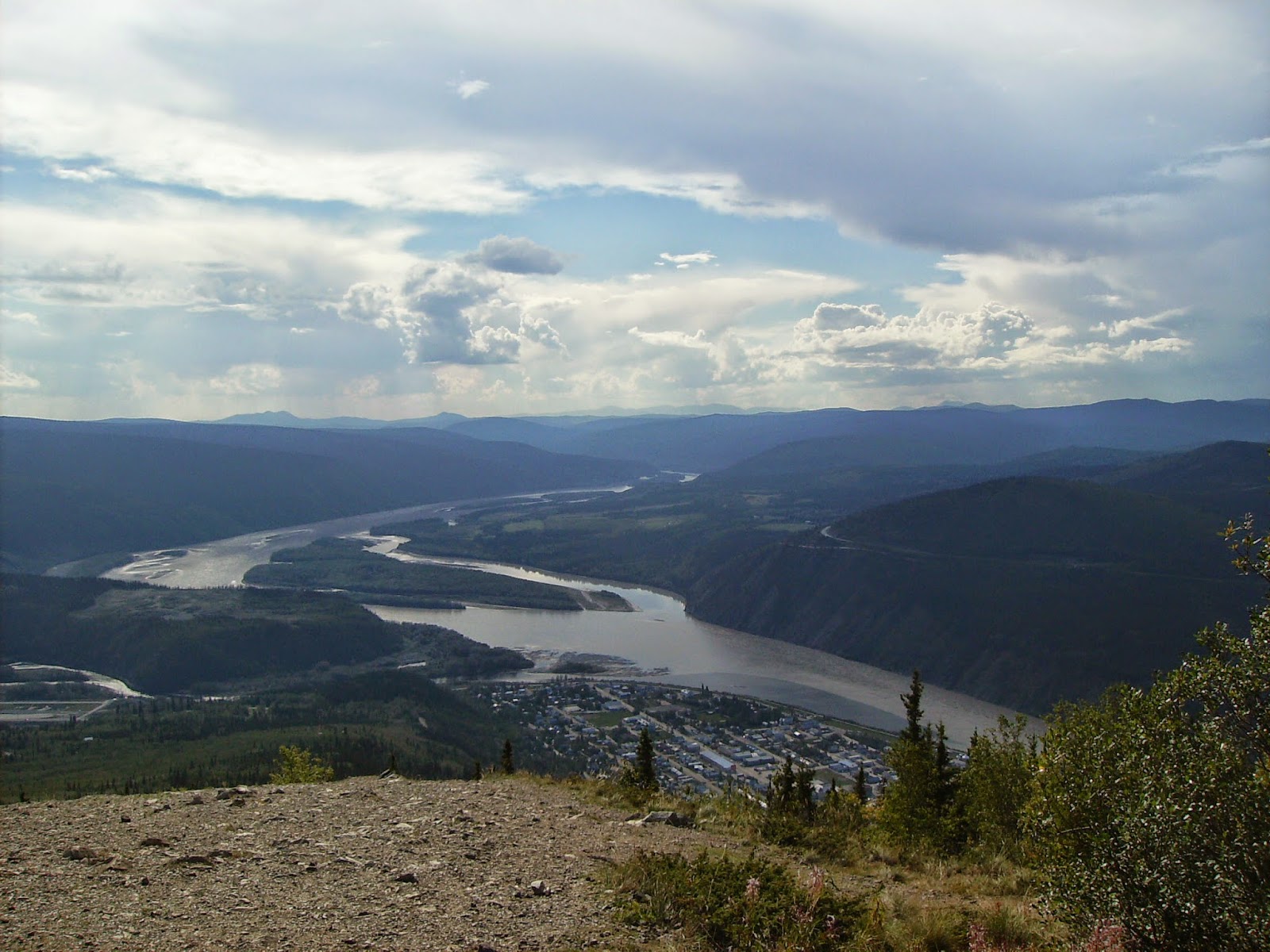 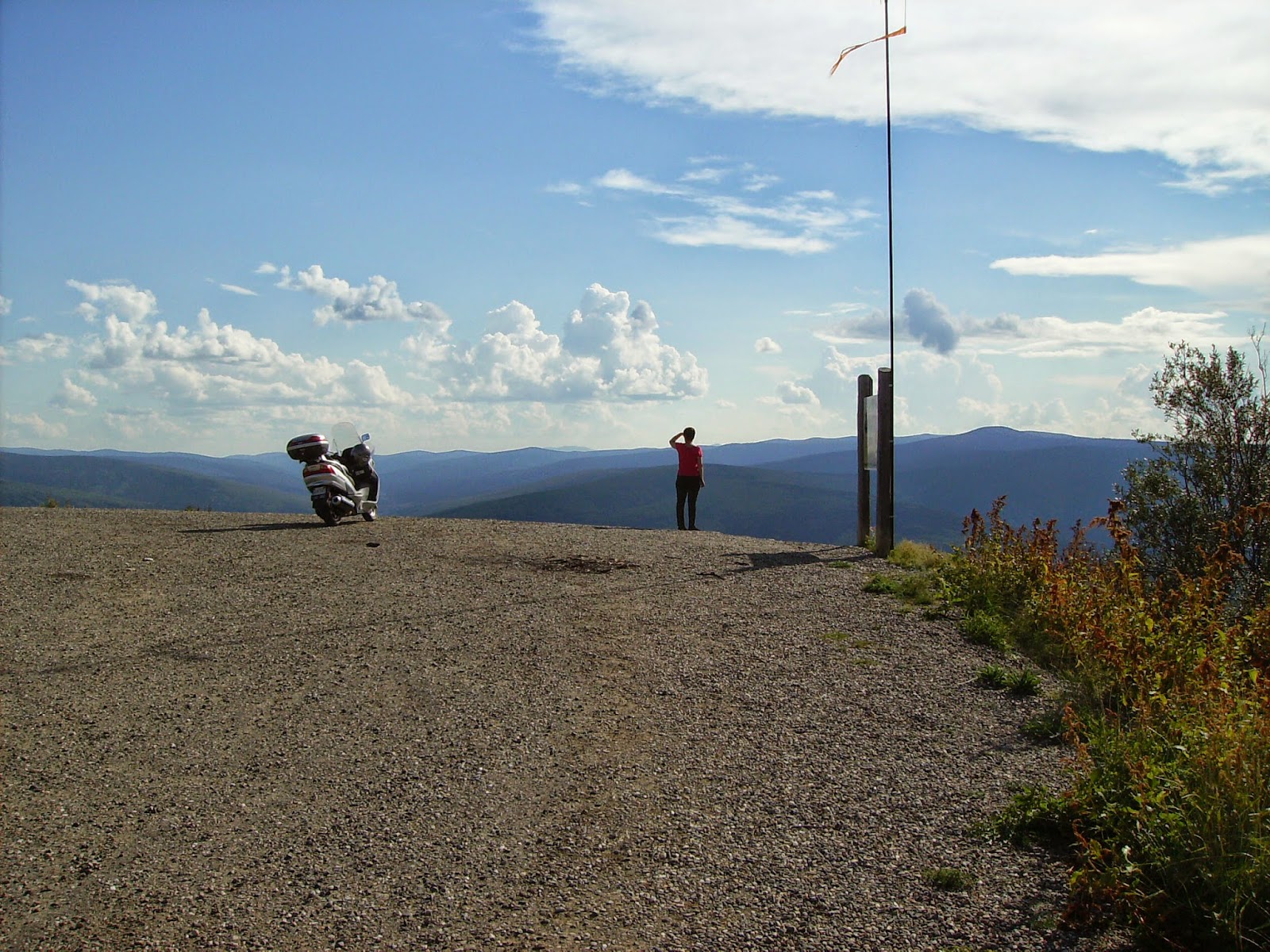 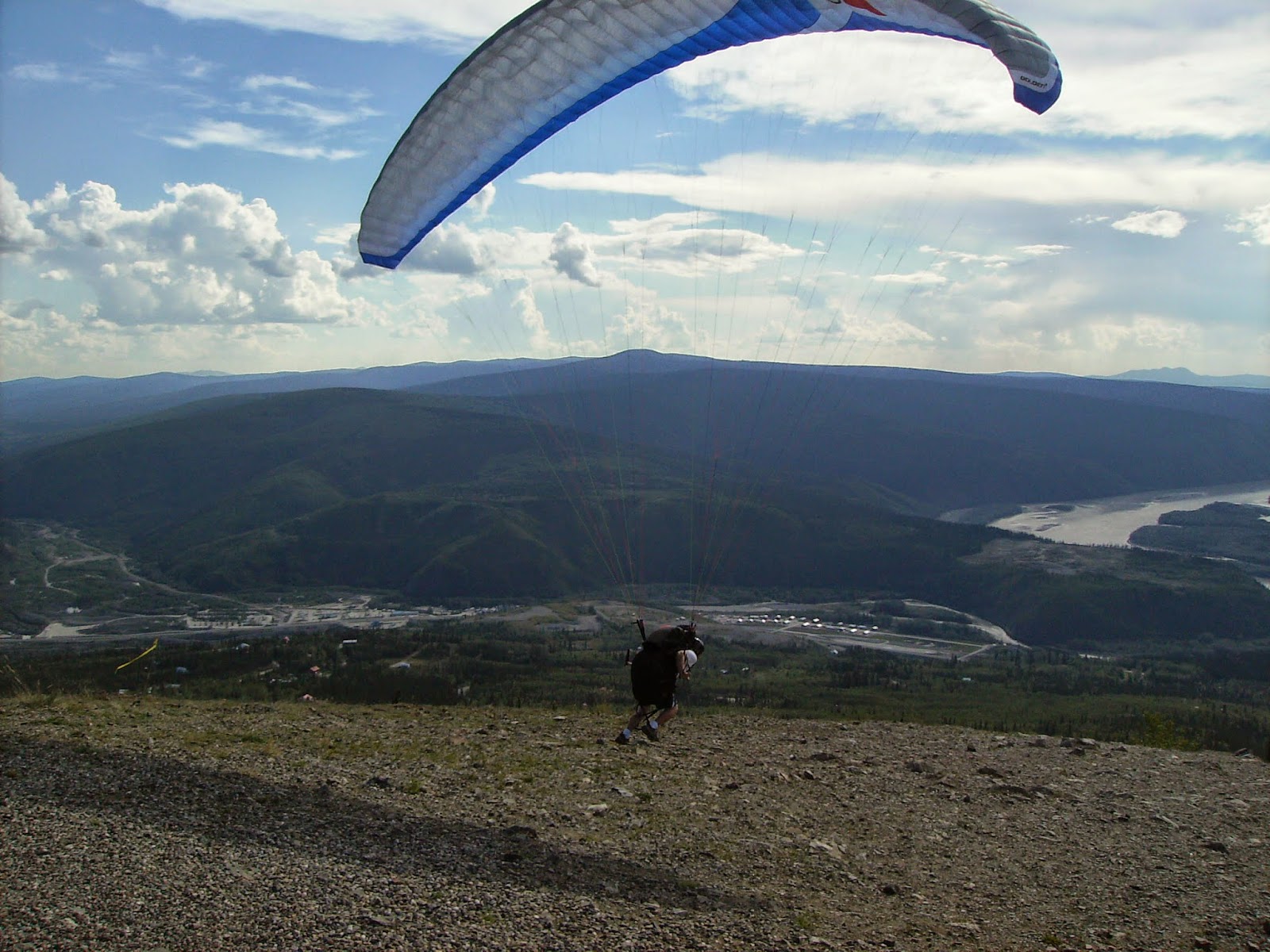 This evening we went back into to town for dinner (burgers) and to watch the show at Diamond Tooth Gertie’s Dance Hall and Saloon. It is an authentic building that is still in use today. They have a casino with slot machines and table games as well as a dance hall show they put on three times a night. It was a lot of fun. 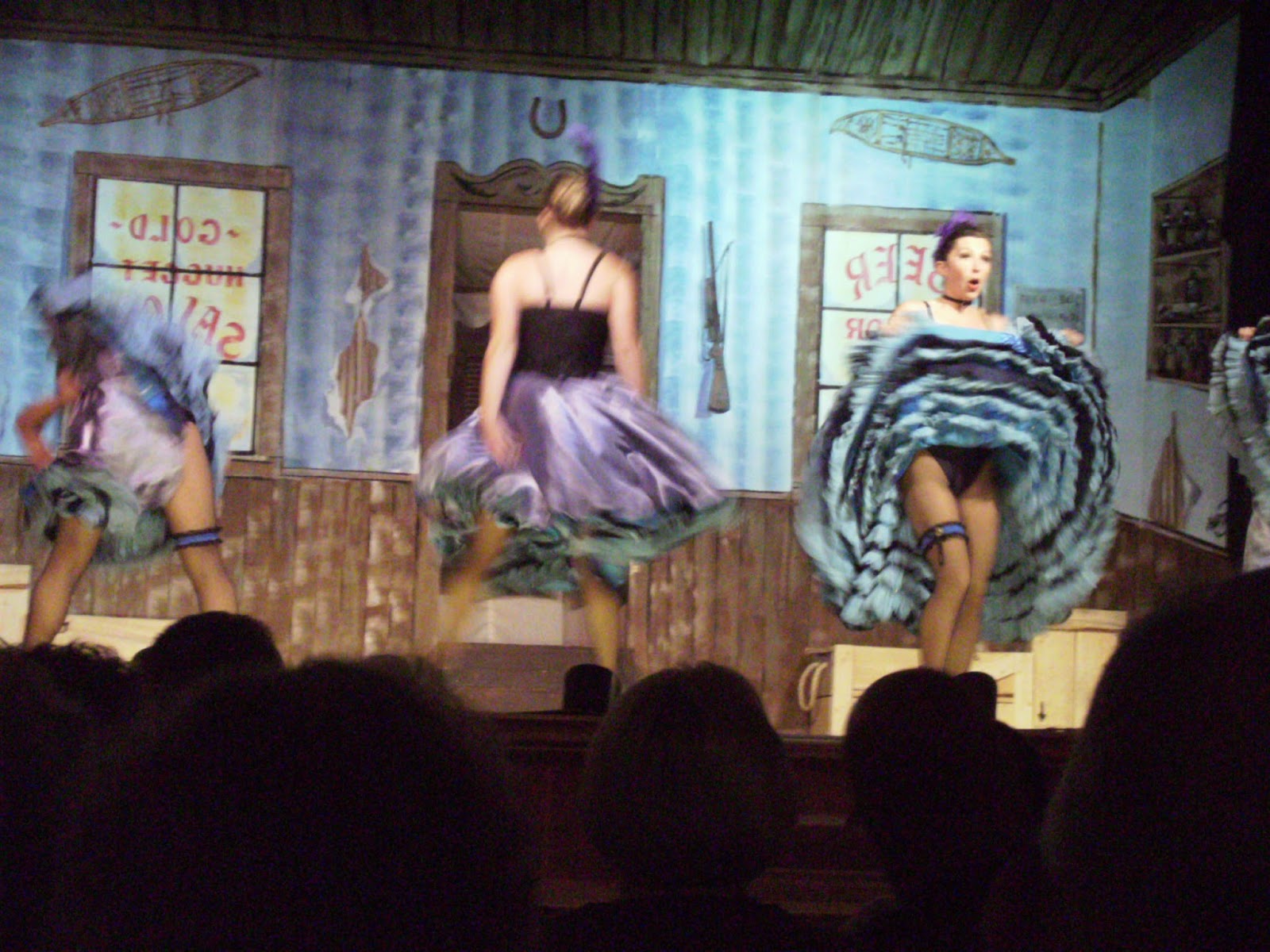 Tomorrow we may stay and visit the museum and a historic gold dredge located a few miles out of town. No sense in rushing off when we have no place to go.
Posted by Richard at 3:37 PM