We were both up before 6:30 this morning. No good reason either of us could think of, but it gave us an opportunity to leave for Eagle at a decent hour. The road from Chicken was rustic, but the road from here to Eagle was probably the most primitive and “scary” 63 mile road we have ever been on. It is one lane most of the way with blind corners and steep climbs alongside huge drop offs. There was not a guardrail to be seen. But what beauty! It was some of the prettiest country we have seen that was not snow covered.

The road hugs the tops of the mountains for part of the way and it is easy to see why they call the road to Dawson from Chicken “The Top of the World Highway.” You can see forever in 360 degrees. Then the road drops down into a canyon and runs along tumbling streams and rivers. I wish I could have seen more. I was too busy watching the road and spinning the steering wheel. About the only time I had to really look around was when we were stopped both going and coming while we waited for a pilot truck to take us through about 20 miles of construction. We tried many times to take pictures but nothing did it justice. We just could not capture the scale and grandeur of the place. You had to experience it.

Eagle is about as close to a turn of the century Alaskan town as you can get. It is still a thriving place with about 200 residents. Some of them work for the Park Service which has an office there for the Yukon-Charlie National Preserve, and some make their living from the tourist trade. It is on the banks of the Yukon River and people on tour come up river on a boat to meet tour buses that have brought other tourists. Then they trade.


The photo below on the top is upriver from in the town. The photo on the bottom is downriver toward Eagle where I took the other photo. 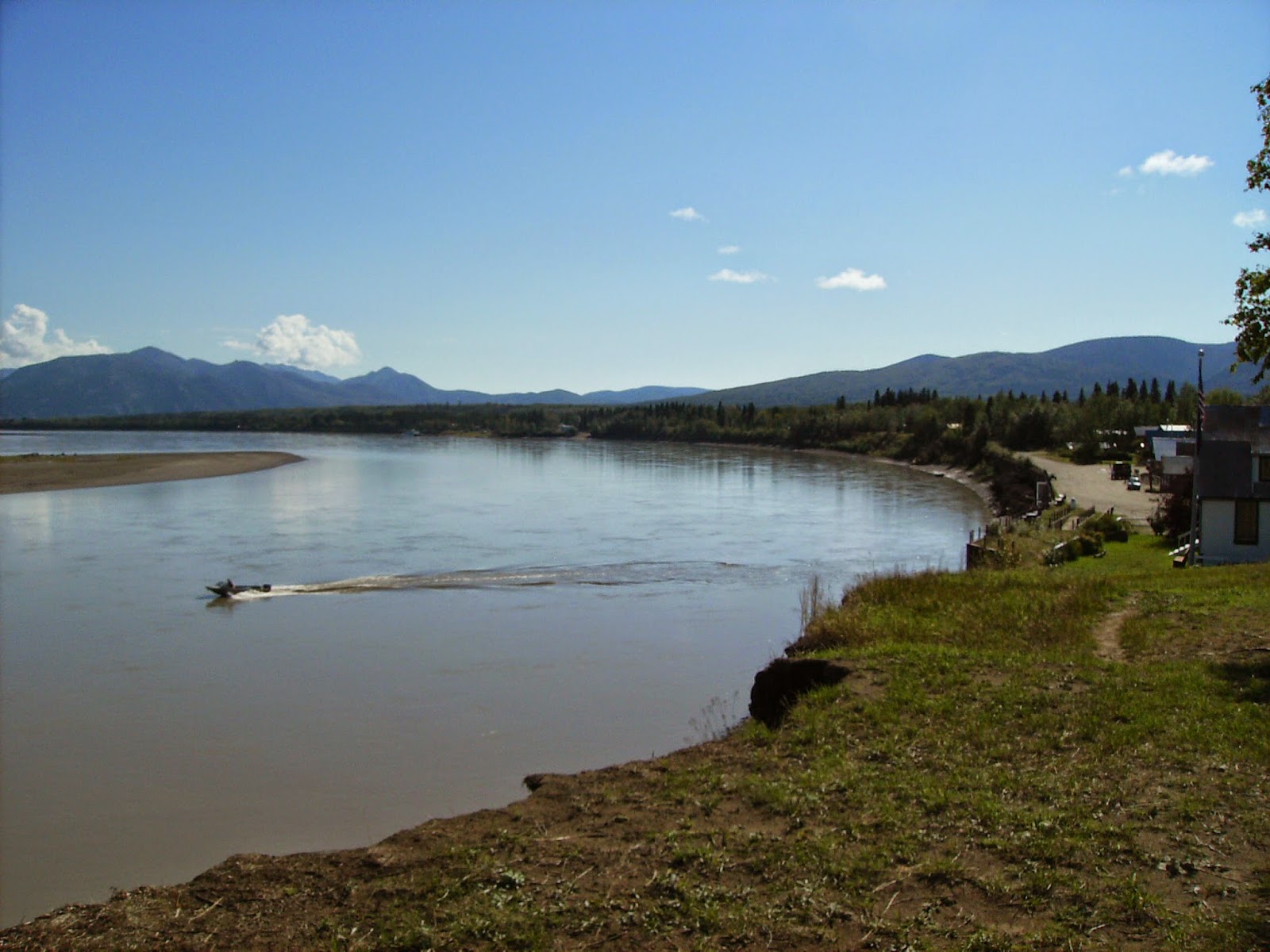 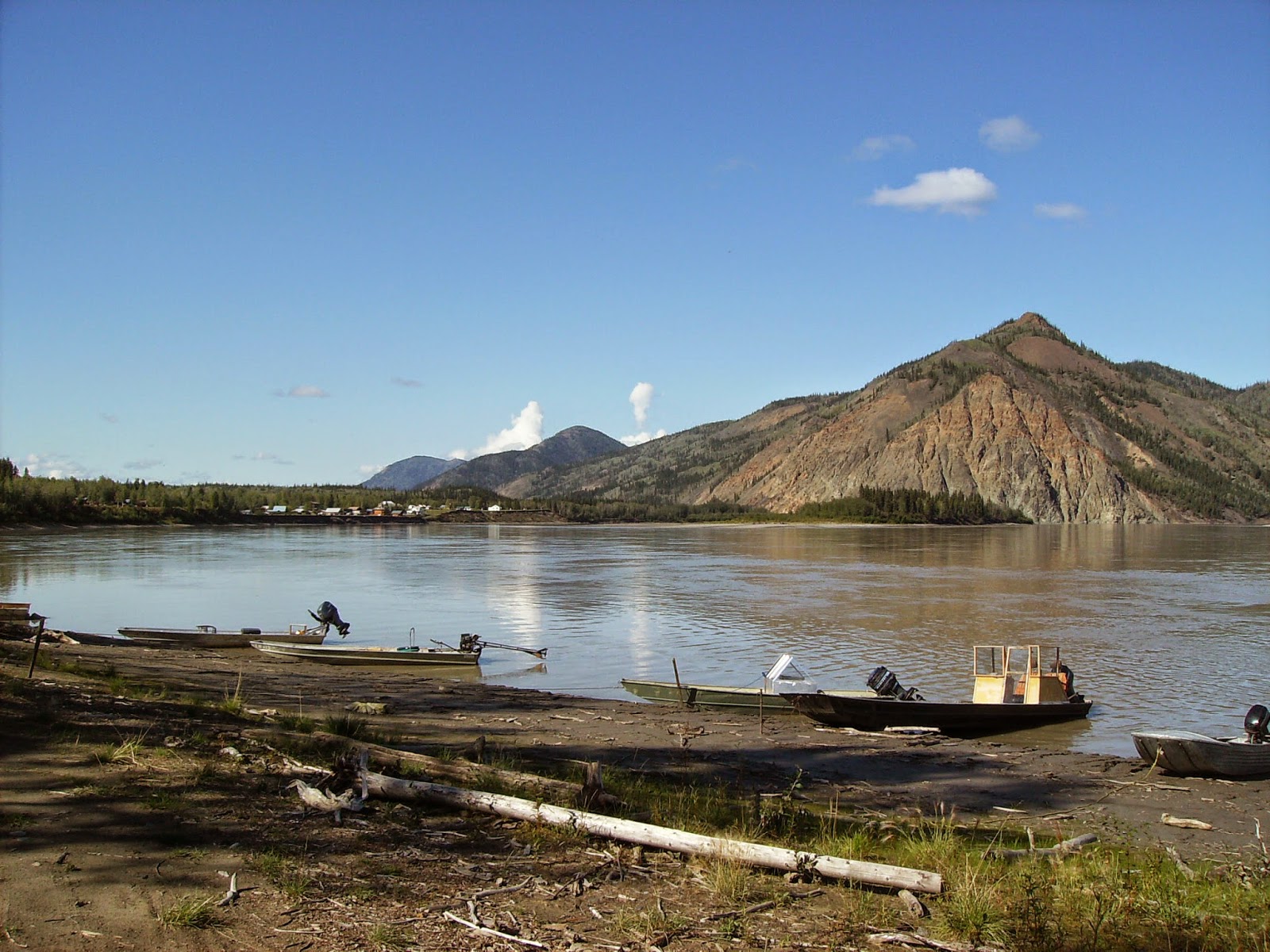 The photo on the top below is the District Court House, now a museum. On the bottom is the "airport". You can barely see a Piper Cub with big flotation tires in the trees to the left. 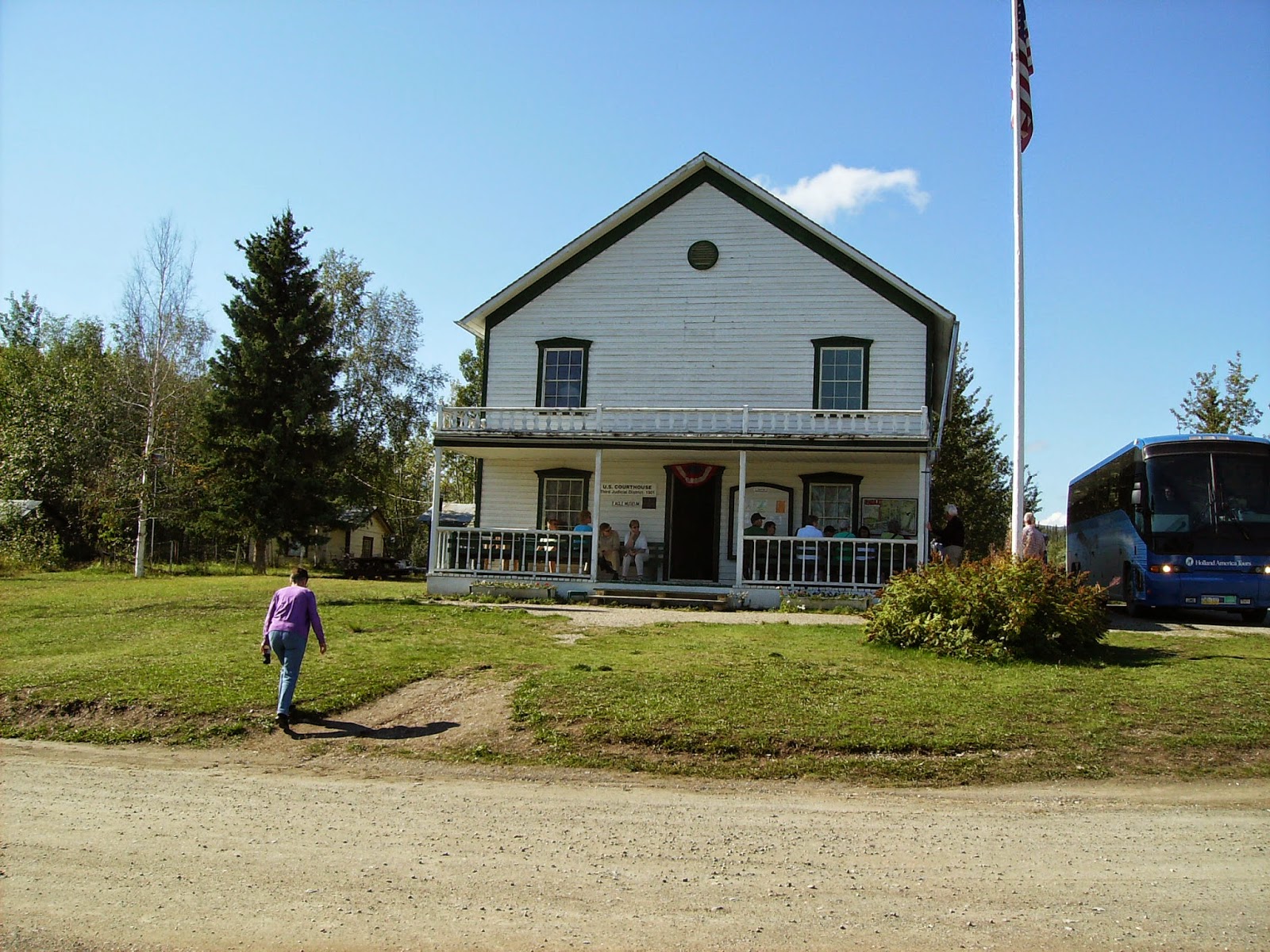 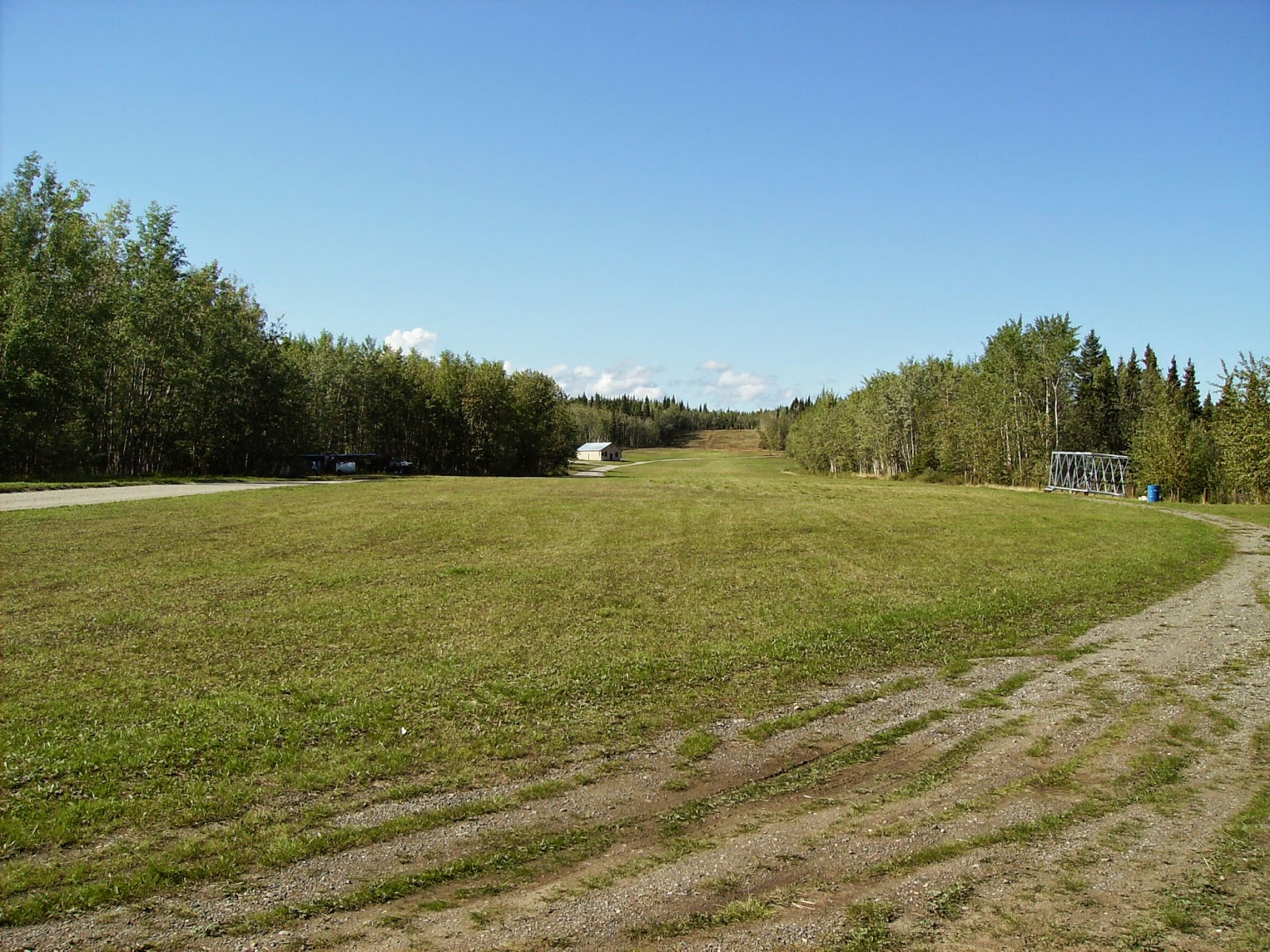 I talked to the young lady, Starla, who was the “flagger” at the construction stop. We waited about 45 minutes each way so we had time. She was born and raised in Eagle and only left last year to go to college in Juneau. She said the community is just like a big family. Everyone knows everyone and everyone’s business. The road closes in mid September and does not open again until early May so the only way in or out all winter is by bush plane, snowmobile or dog sled. But, they are connected. They have phones and internet so they have good access to the outside world. In the summer they get supplies easily on the river, but almost nothing comes in during the winter. The Yukon freezes solid in November and does not break up until April.

During the course of the conversation with Starla I found out how much she earns being a flagger. She works 12 hours a day, 6 days week and earns 26.40 per hour, not counting overtime after 40 hours. Not bad for standing/sitting in a beautiful wilderness and talking to people in the only 15 or so cars and busses that make the trip each day.

We toured the town, the courthouse and museum, and then toured the old Fort Egbert that was built in 1899 and abandoned in 1911. Alaska was a pretty rough place back then. Civil codes and laws were not even adopted until 1900 and before that it was just frontier justice.

It was a long day, but very enjoyable. Eagle is a pretty unique place. The weather was beautiful all day, sunny and warm, and this evening we read and marveled at the view from our solitary mountain top campsite. We are about 100 yards off the road and only a couple cars have gone by all evening. What a beautiful place.
Posted by Richard at 9:38 AM