Today we woke to partly cloudy skies – but no rain. At the gift shop here we read about tours of historic Chicken they were offering at 9am & 2pm. We were up & around so went on the 9am one.

It was a walking tour and very interesting. We saw about 17 buildings of the 26 still around from when Chicken was a gold mining town. We saw a barn, machine shop, roadhouse, mining company storage shed, the head man’s home and office and Tisha’s schoolhouse, home and storage area. It had originally been built as a two story saloon and hotel but there was a fire and when it was repaired it was turned into a single story schoolhouse. As it had been a saloon it was larger than most one room schoolhouses. 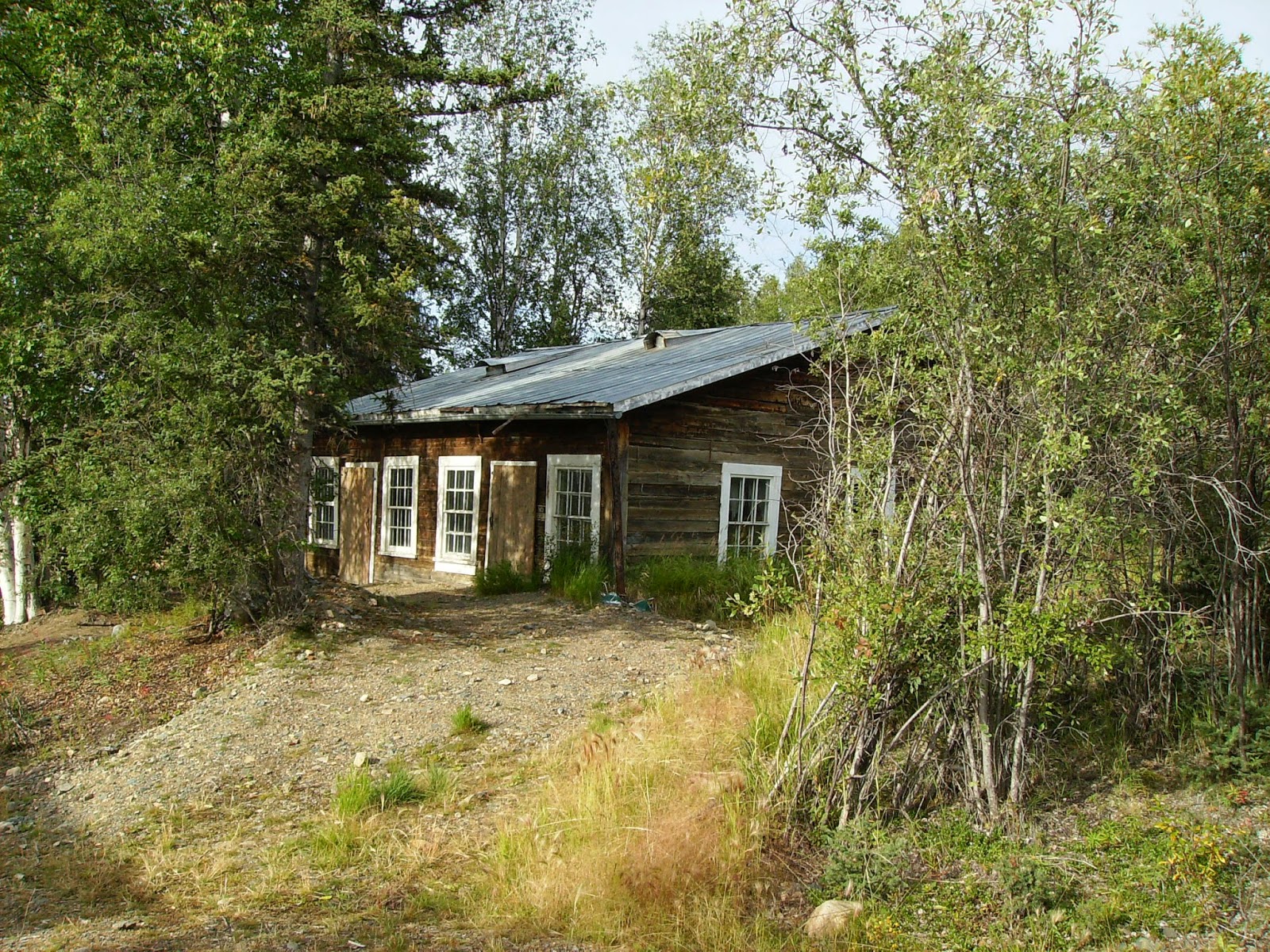 We haven’t read the book, Tisha, but when we do it will be memorable as we’ve seen a lot of the buildings she talked about in her book. It is her story of being a school teacher in Alaska beginning here in 1928. Mom has read it and remembers it fondly. We’ve been told that she moved to Eagle to teach for awhile and then came back to Chicken, married and adopted 10 children. Most have stayed in the state and one of her great grandchildren was in to visit at the store here a week or so ago.

The town is run on generators, uses wells and has only outhouses. It’s been fascinating seeing Alaska as it was not even 50 years ago. One of the buildings we saw was used as little as 10 years ago as a dormitory for seasonal workers for one of the other three businesses. They are all in disrepair and the floors are very uneven as the buildings are all sinking into the permafrost. I know I wouldn’t want to have stayed there!

We had a downpour this afternoon but it has cleared up nicely. After it had dried out for awhile we took a walk up to the post office – built in 1903. 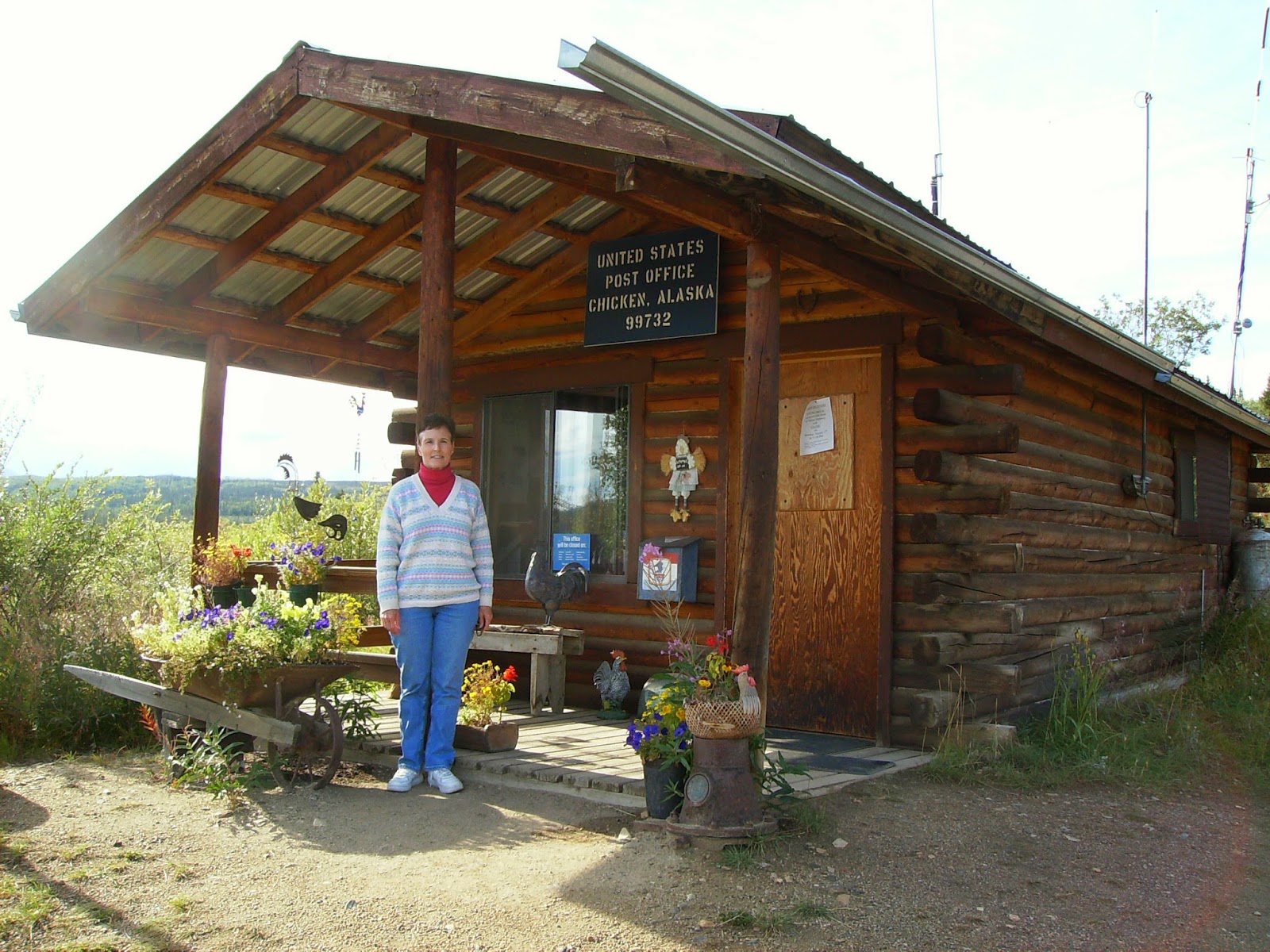 You can see all the pictures in our gallery with descriptions included.

We will head out in the morning for Eagle. We’ll leave the trailer at a pull-out while we make our way up the hill. The young man who took us on our tour told us there’s a very interesting old fort there that has been refurbished as well as other historic places so we know we will enjoy ourselves.
Posted by Richard at 1:58 PM