We are not at Lake Kinaskan any longer – we are back in Alaska again! We are in the tiny town of Hyder which is located about as far south in Alaska as you can get. It is next to the town of Stewart, British Columbia.

We had a small shower during the night and awoke to a band of low clouds over the lake, but directly overhead we could see patches of blue. It was going to work out after all. We got on the road early for us at 10 AM and the road improved dramatically from what we had been experiencing. I was able to drive 45 to 50 most of the time. In some sections the pavement was new this year and it was so smooth. We did pass through a couple minor showers but for the most part the sun was shining and the white clouds stayed over the mountains.


If you look carefully at this photo of Lake Kinaskan I took this morning you can see the snow on the mountains just where the clouds are lifting. I wish we could have seen them without the clouds. 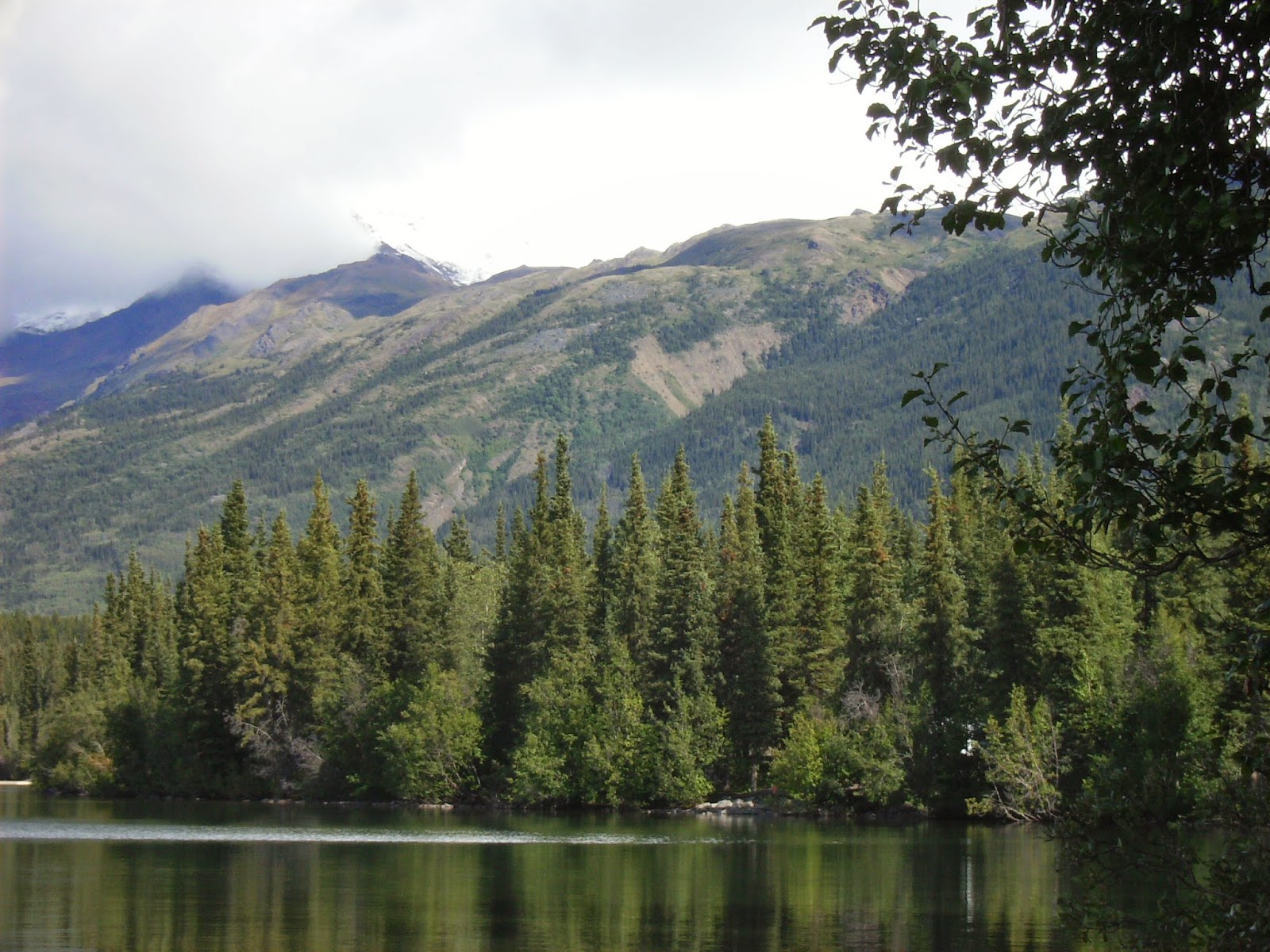 By the time we reached the junction where we turned off the main route toward Stewart we felt like we were back in civilization. The highway actually had yellow stripes down the center, with dotted lines to show you where you could pass. It even had white lines along the sides showing you where the edge of the road was. Amazing!

The road through the coastal mountains was like our other trips up north. Some of the most beautiful scenery has been in these locations because of the steepness of the mountains and the heavy snow fall they receive. It makes for spectacular waterfalls and many glaciers. We stopped to take a picture of Bear Glacier, just one of many we saw. 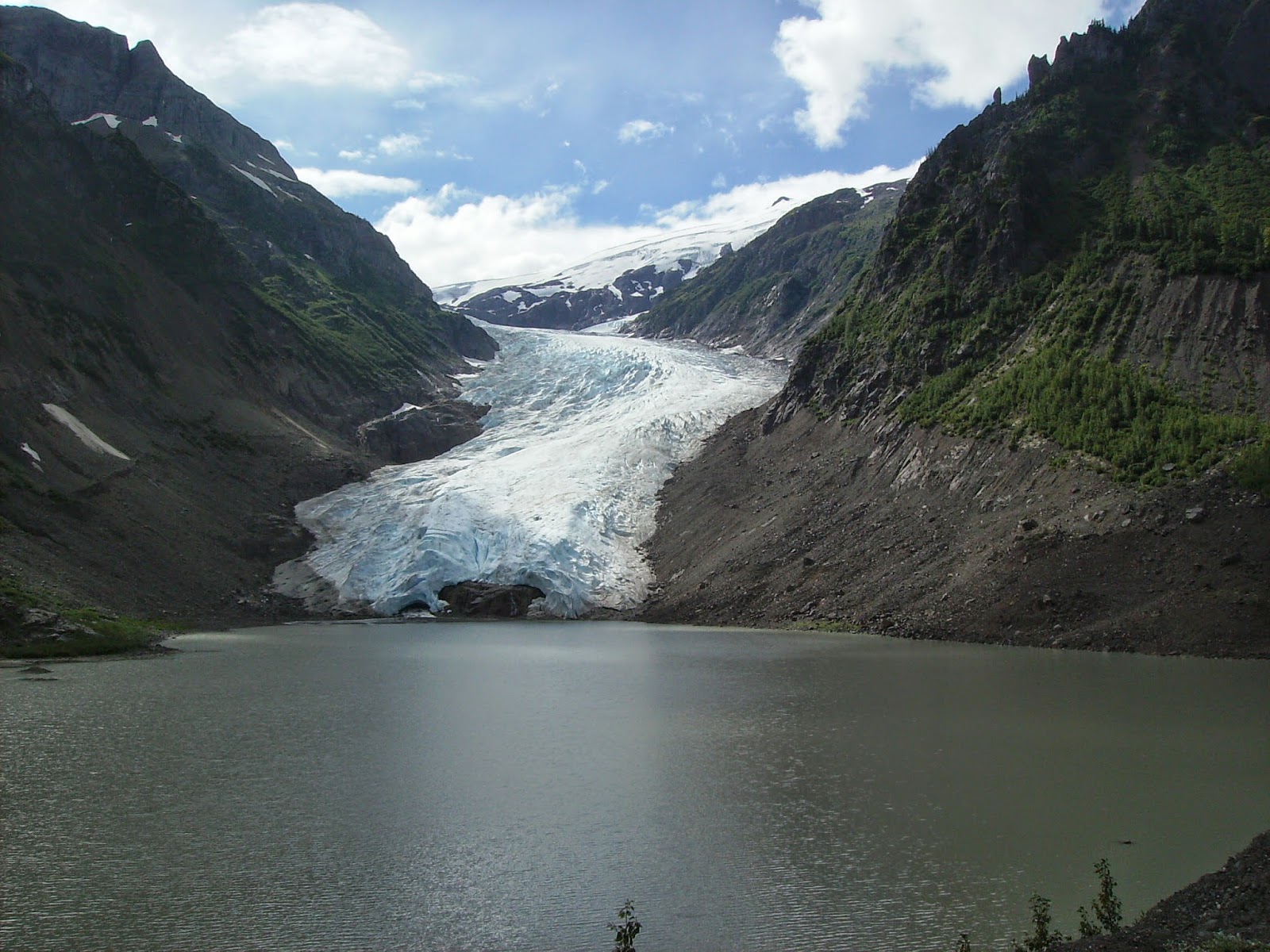 We soon entered the town of Stewart and drove through and across the border into Hyder, Alaska. There is no customs or immigration stop requited since you can’t go anywhere else. The pavement immediately ended. Welcome back to Alaska.

Hyder is a tiny place, population 83, that mostly exists because of Fish Creek. It is a place salmon return to spawn each year and is visited by many grizzly and black bears. The forest service has built a walkway for tourists to safely watch from. The bears are so fat from eating salmon, they could care less about people. We were told that the best time to view them is between 6 and 9 in the morning and 6 and 9 at night.

After dinner we drove up to the site, about three miles up a dirt road, and before we even got to the main viewing area we watched a big grizzly chasing fish in a small stream that flows into Fish Creek. A little while later we watched a momma grizzly bring her three cubs to Fish Creek and all of them had dinner. This was something we have seen in movies and nature shows, but we had never seen it in real life. It was a special treat. 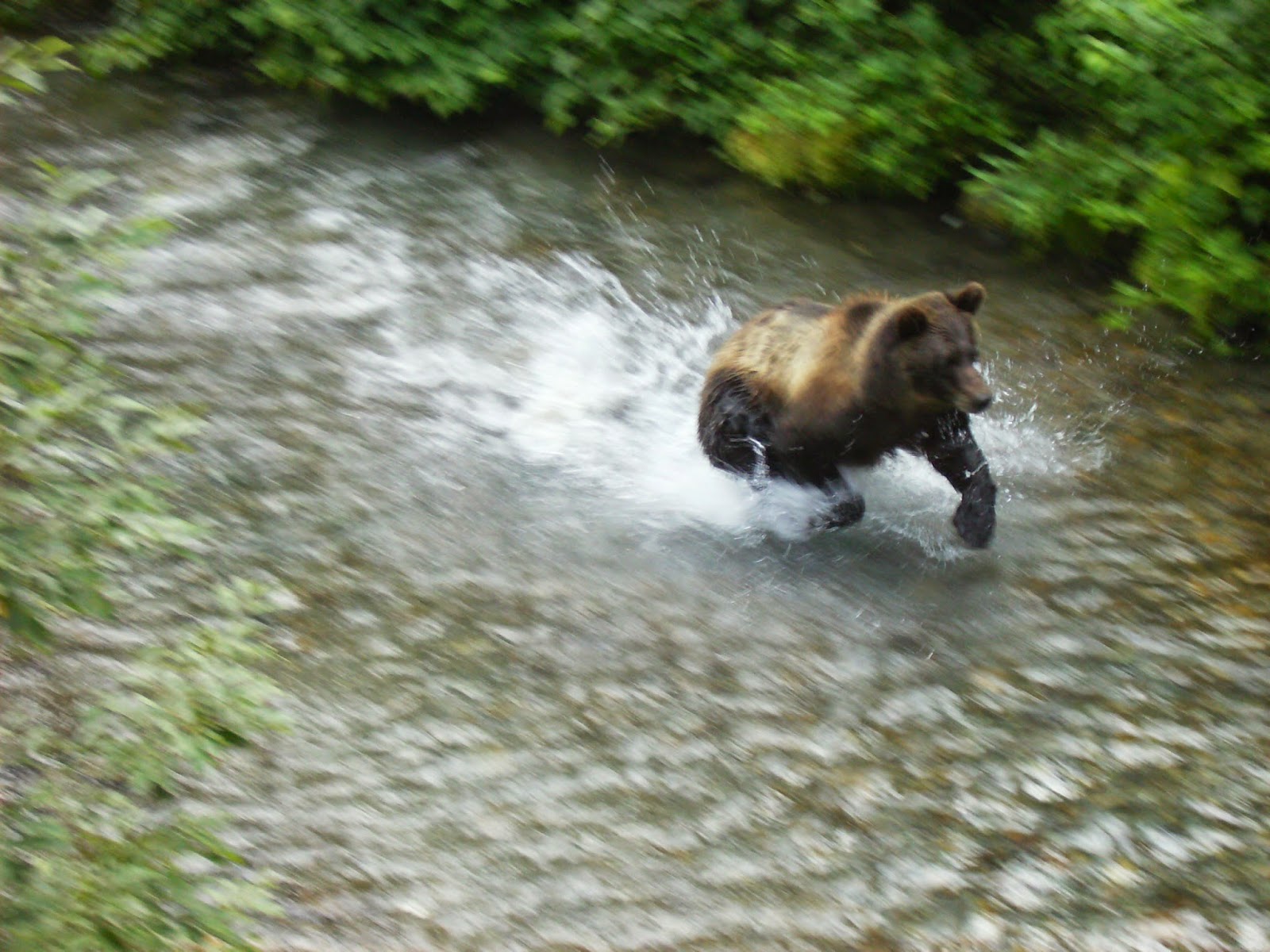 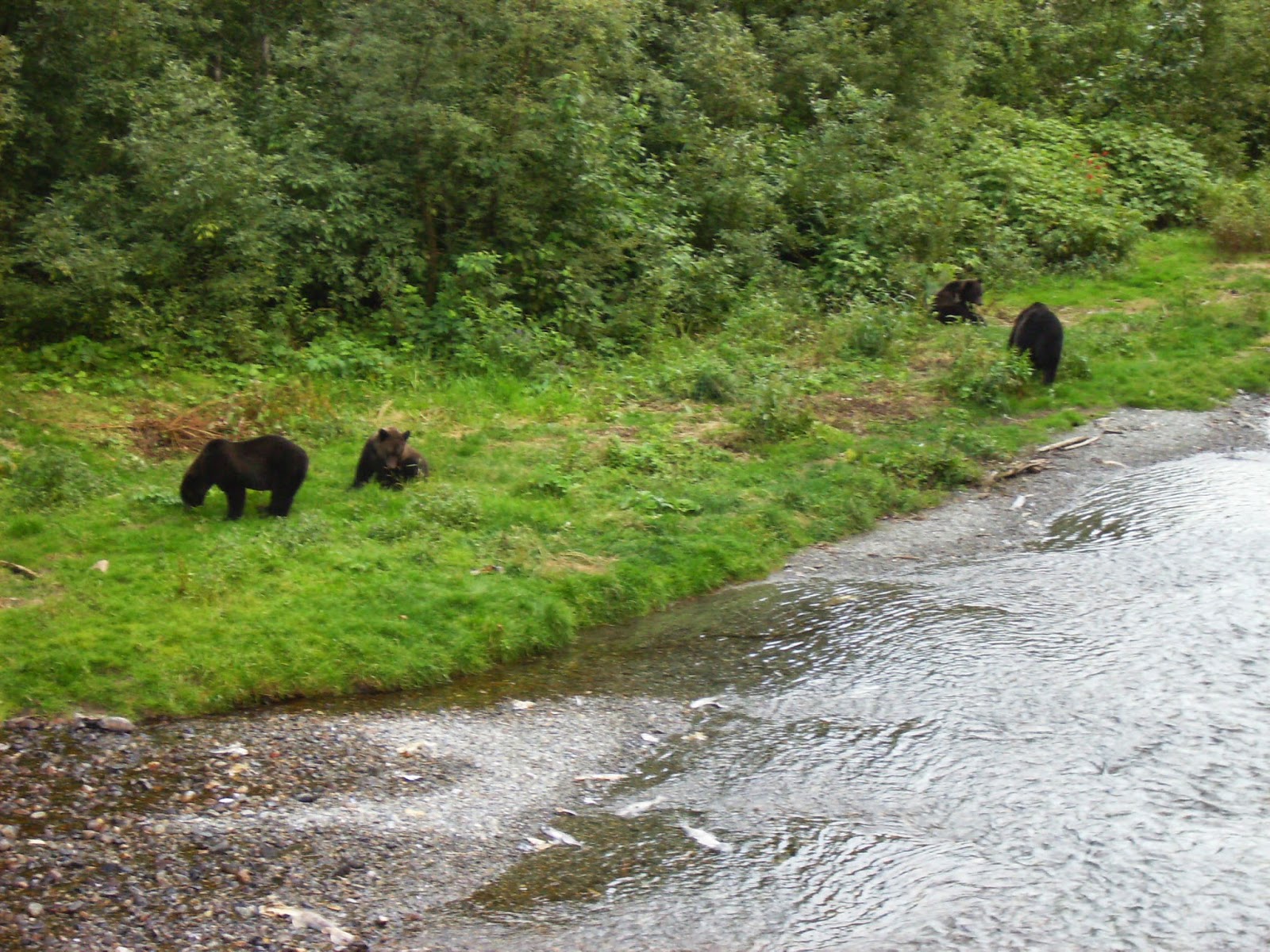