North to the Arctic

I took the truck in for the shocks and water leak fix this morning. It only took a couple hours and then I returned to the campground where we hooked up and left at about noon. We drove north on the Elliot Highway to about 20 miles north of Fairbanks where we stopped at the Hill Top Truck Stop. They said it would be OK for us to leave the trailer there for a few days so we packed up the truck with what we would need for our journey to the Arctic Ocean and left about 2 PM. The pavement ended about 50 miles further on and we began our trip up the Dalton Highway, or Haul Road. It runs along the pipeline most of the way to Prudhoe Bay and was used by the pipeline company to haul supplies to the oilfields. It still is. 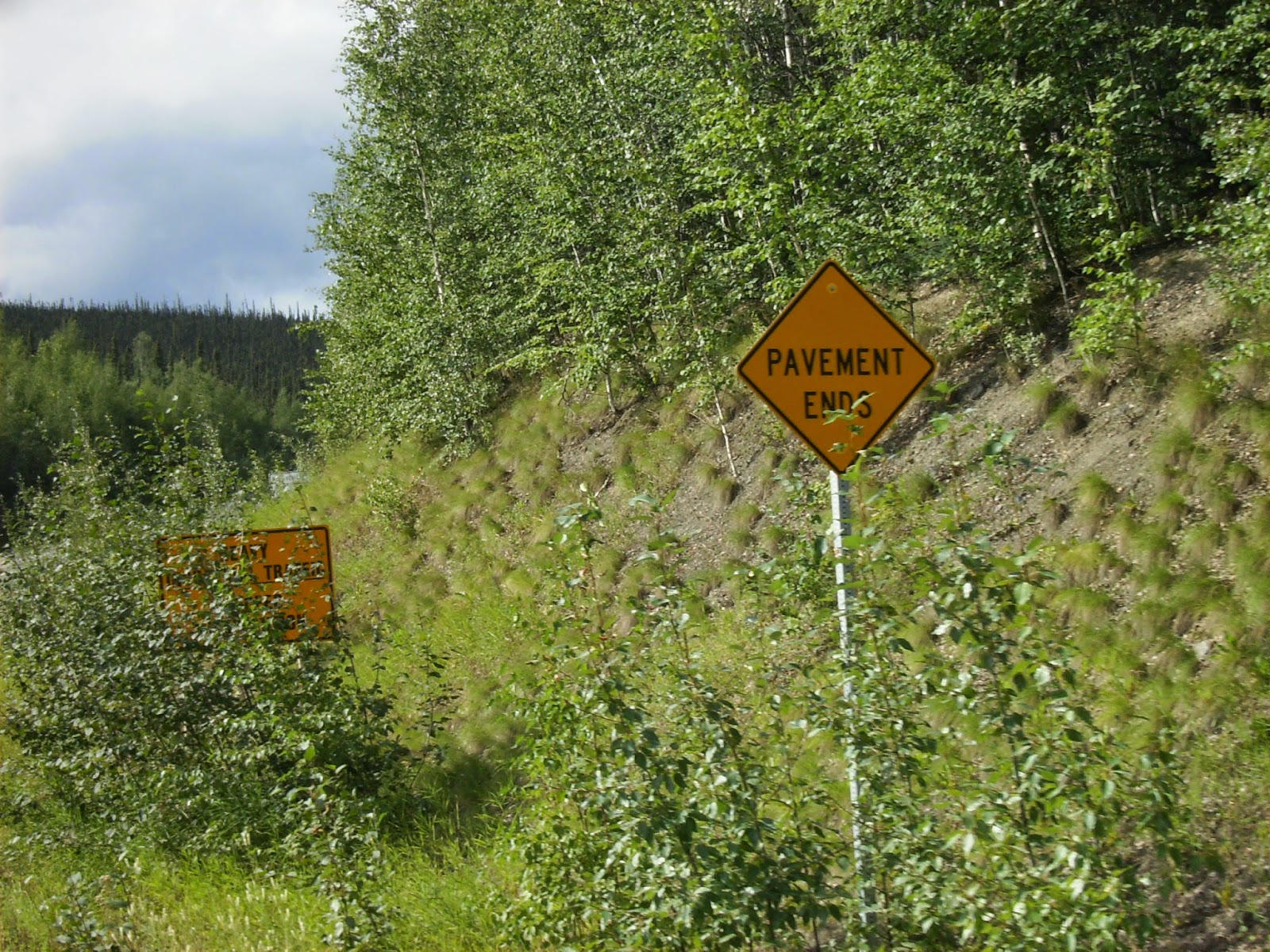 Very few vacationers make this trip because of over 400 miles of dirt road. It is very rough on cars and Motorhomes, but since it is mostly used by big trucks we figured ours should fit right in. And, we were right. The big tires help smooth out the ruts and washboard so as long as I keep my speed down it is not bad at all. There are some places where it is worse than others and I slowed to 30, but most of the time I ran about 45. The speed limit on the whole highway is 50.

Civilization ended quickly and there is nothing to be seen except the vast Alaska wilderness and the road and pipeline. We stopped at the Yukon River crossing and took a few pictures. That is quite a bridge in the middle of the wilderness. 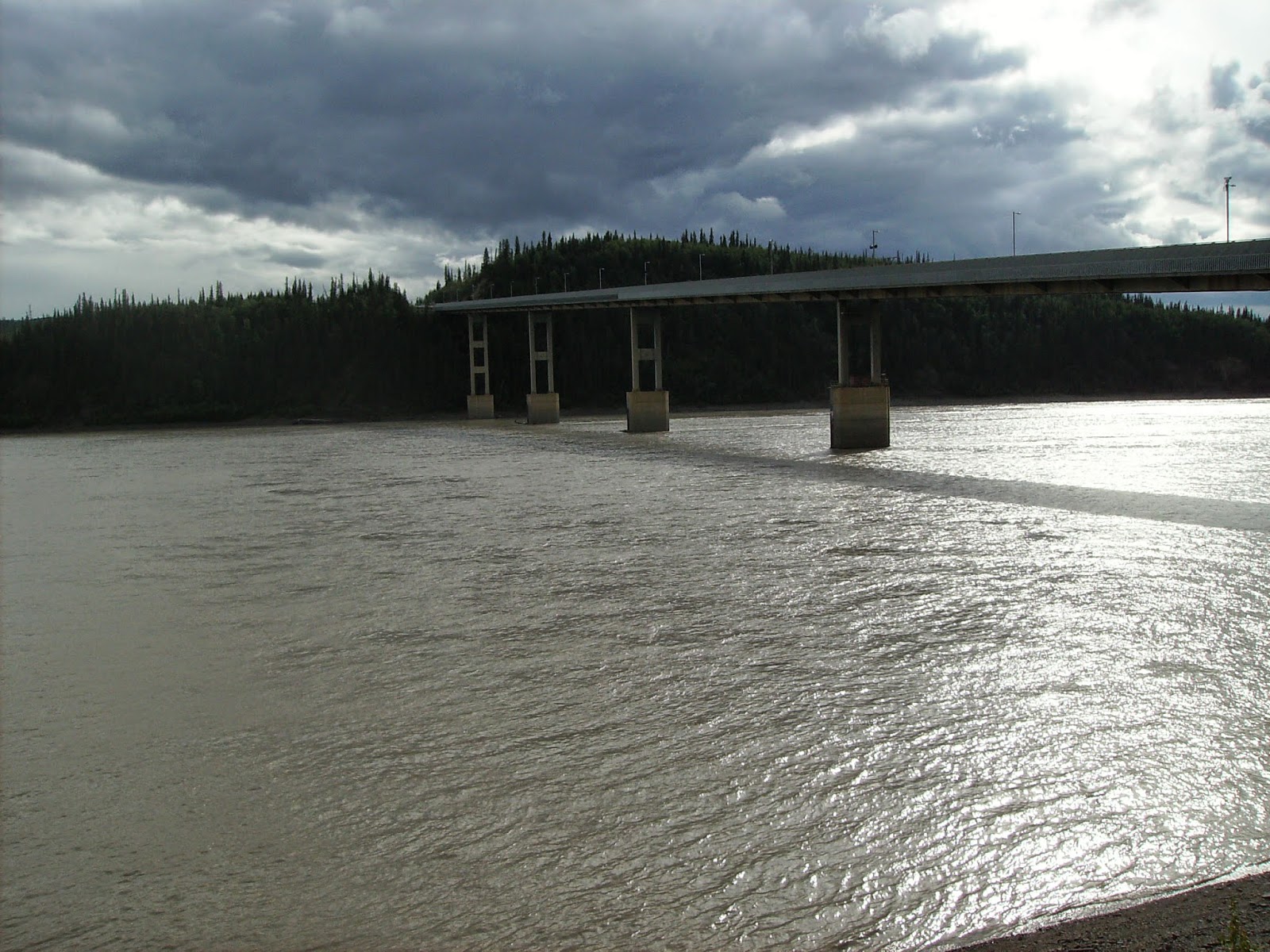 Just a side note about small worlds. While at the bridge we chatted with a family who live in Fairbanks but used to live in Kansas City. They said they were originally from a small town in southwest Iowa. Dianna said her great grandfather used to have a store in Corning, Iowa. The lady said that is where she was born and her mother who was with them said she would be in Corning in about 3 weeks having her hair done. We visited there a few years ago and saw the building in the downtown area with Dianna’s great grandfather’s name on it. Small world.

We then drove 5 miles further to a BLM campground (just an old gravel pit with an outhouse) which is located right next to the Hotspot Café. Everything we read said they had great hamburgers so we had to try them. They were huge and really good.

We parked in the campground for the night and played cards until turning in early.