The storm came in overnight. When we awoke this morning it was 45 degrees and light rain. We got ready to go and headed north once more. The wind was still from the south for a little while but began to turn to the west and then northwest. We stopped for a break at a rest area near the Montana border where Chief Joseph did battle with the cavalry in 1877. The Nez Perce did not want to go to a reservation!

We soon began climbing in altitude and the temperature began dropping. Then the rain turned to snow and the ground became white as the temperature dropped to 33 degrees. We crested the summit at about 6,800 feet and descended out of the snow and back into the rain. 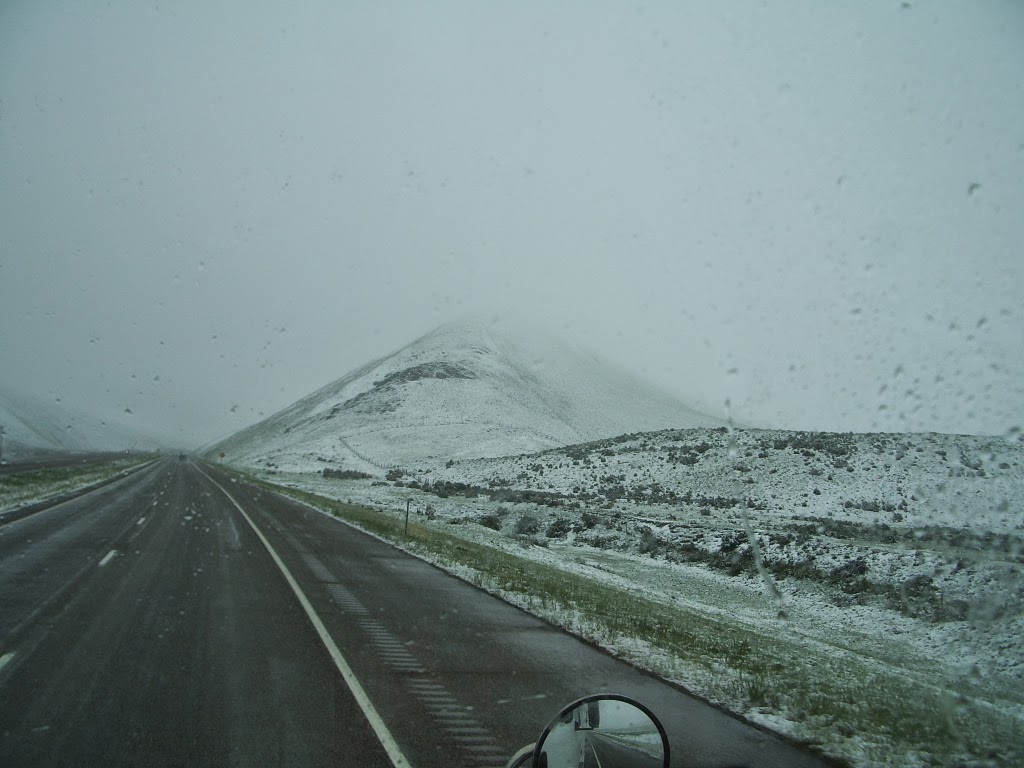 It was only about 150 miles from where we stayed last night to Dillon so we arrived about 1 pm. Since the weather was so bad and John and Judy live at the end of several miles of dirt road, we decided not to try to drive to their house with the trailer. Fortunately there was a nice RV park just off I-15 on the road to their house so we checked in.


Judy came to pick us up and take us back to their house. They bought 160 acres about 10 miles out of town and are building a log home with logs they have skinned themselves. They have been living in the basement section for quite a while but the upstairs main house is coming along nicely. It shouldn’t be long before they can move upstairs.

During the afternoon Dianna, the kids and Judy went back into town to do some shopping while I helped Jesse (the youngest son) with a computer problem. While in town they visited Jenny, the oldest daughter. We ate dinner with them and had a great visit until after 10 pm. Here is a picture of those of the family who were home.  From the left John, Joel, Judy, Jill, Jesse and Jacob. 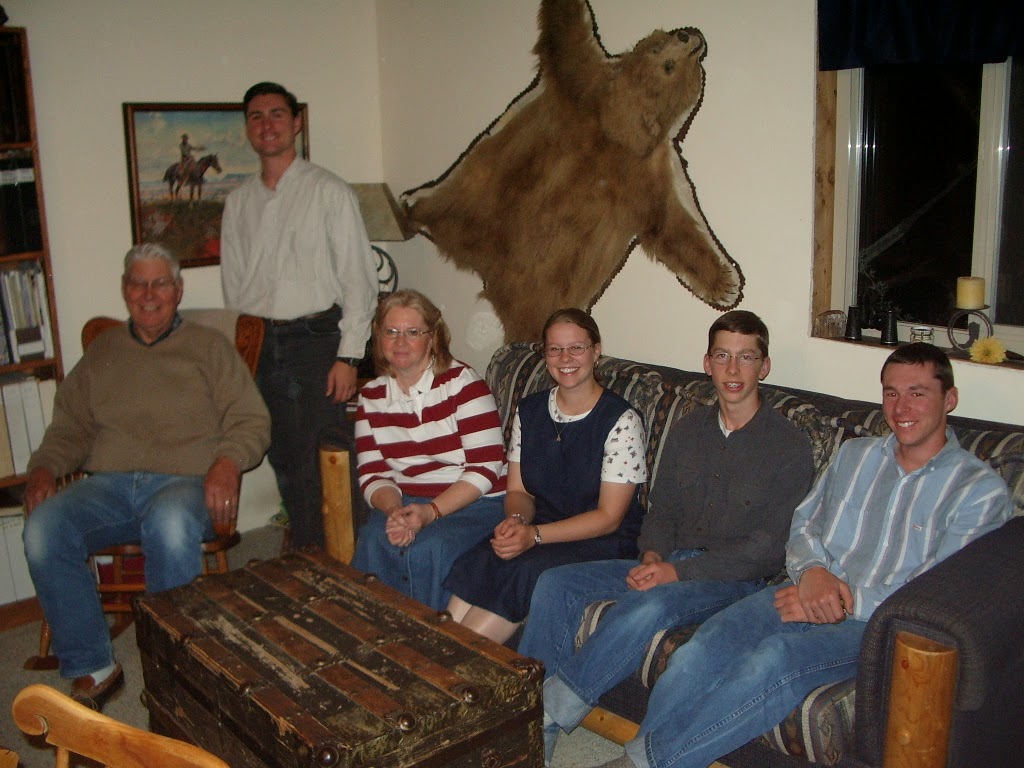