We got a very late start this morning and decided to make an overnight trip to Seward and Homer, both on the Kenai Peninsula. Our truck is a well equipped little camper so we decided to use only it and try to sleep all four of us in it. It took a while to get everything ready and loaded and then we were off. It was about noon.

Our first stop was for fuel at Fred Meyers. Diesel is only 2.79 there which is cheaper than we have found it in the lower 48 in quite some time. We followed the highway out along the Turnagain Arm of Cook Inlet and stopped for lunch at one of the highway pullouts. Turnagain Arm has the second highest tides in the world and is just a mud flat when the tide is out. When it comes in the tides create a six foot wave of water and often beluga whales come in with it to play. We did not see any. 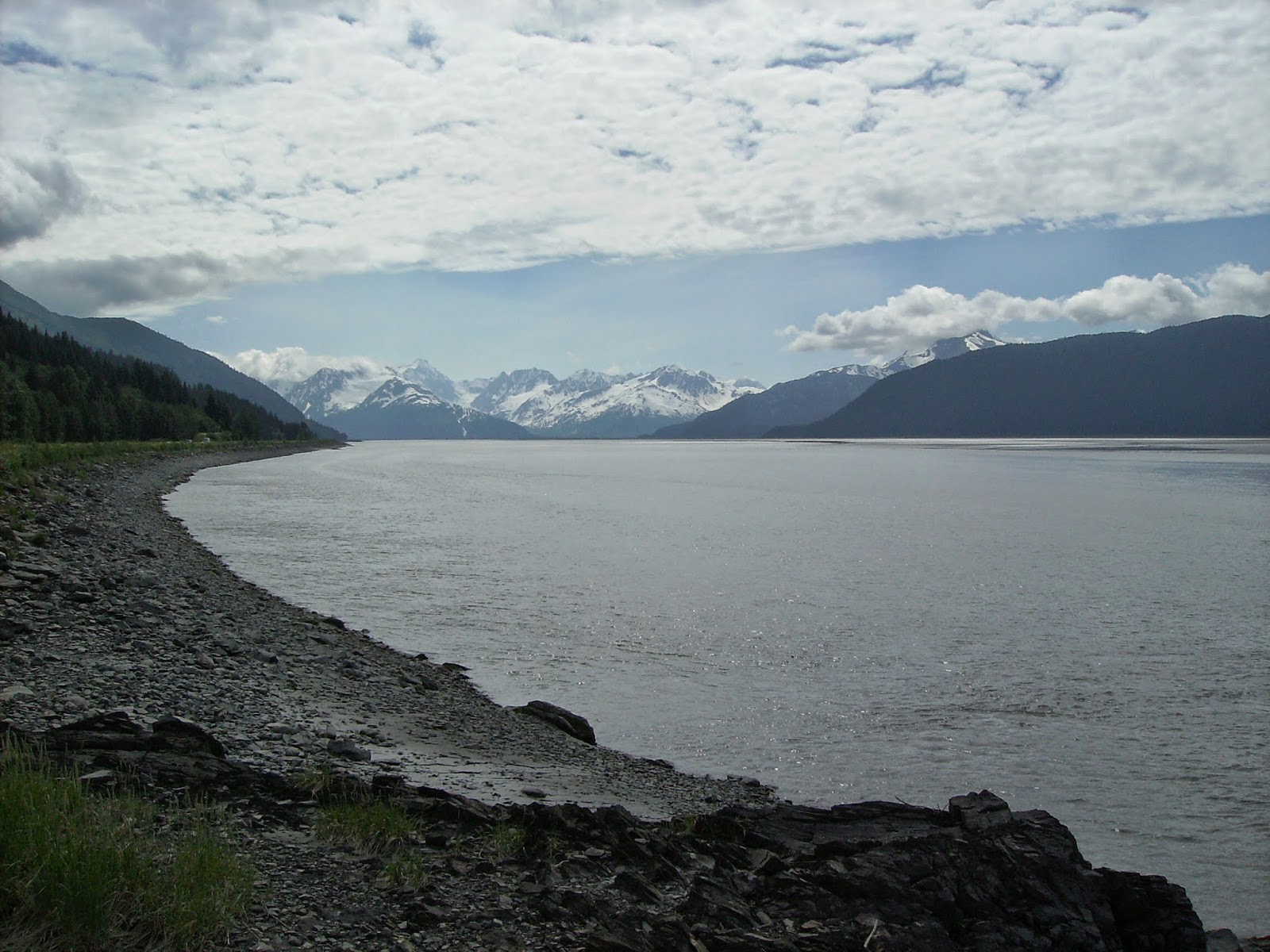 At the end of the Trunagain Arm the road make about a 180 degree turn back to the west and then due south onto the Kenai Peninsula. The highway splits in another 40 miles or so toward Seward to the left and Homer to the right. We drove another 36 miles to Seward.

Just before Seward is the Kenai Fjords National Park and Exit Glacier. We stopped at the visitor center and took about a one mile hike up to the overlook. They do not let you anywhere near the actual glacier like they did at Worthington Glacier near Valdez. Because of some heavy melting, the trail has disappeared below some melt streams. We had to ford the streams on small tree trunks to avoid getting wet feet. Exit Glacier is just one of many glaciers that flow down from the Henderson Ice Field which covers most of the mountains in the area. It is one of the largest ice fields in the world and covers over 500 square miles. They don’t know how deep it is, but that is one big chunk of ice! 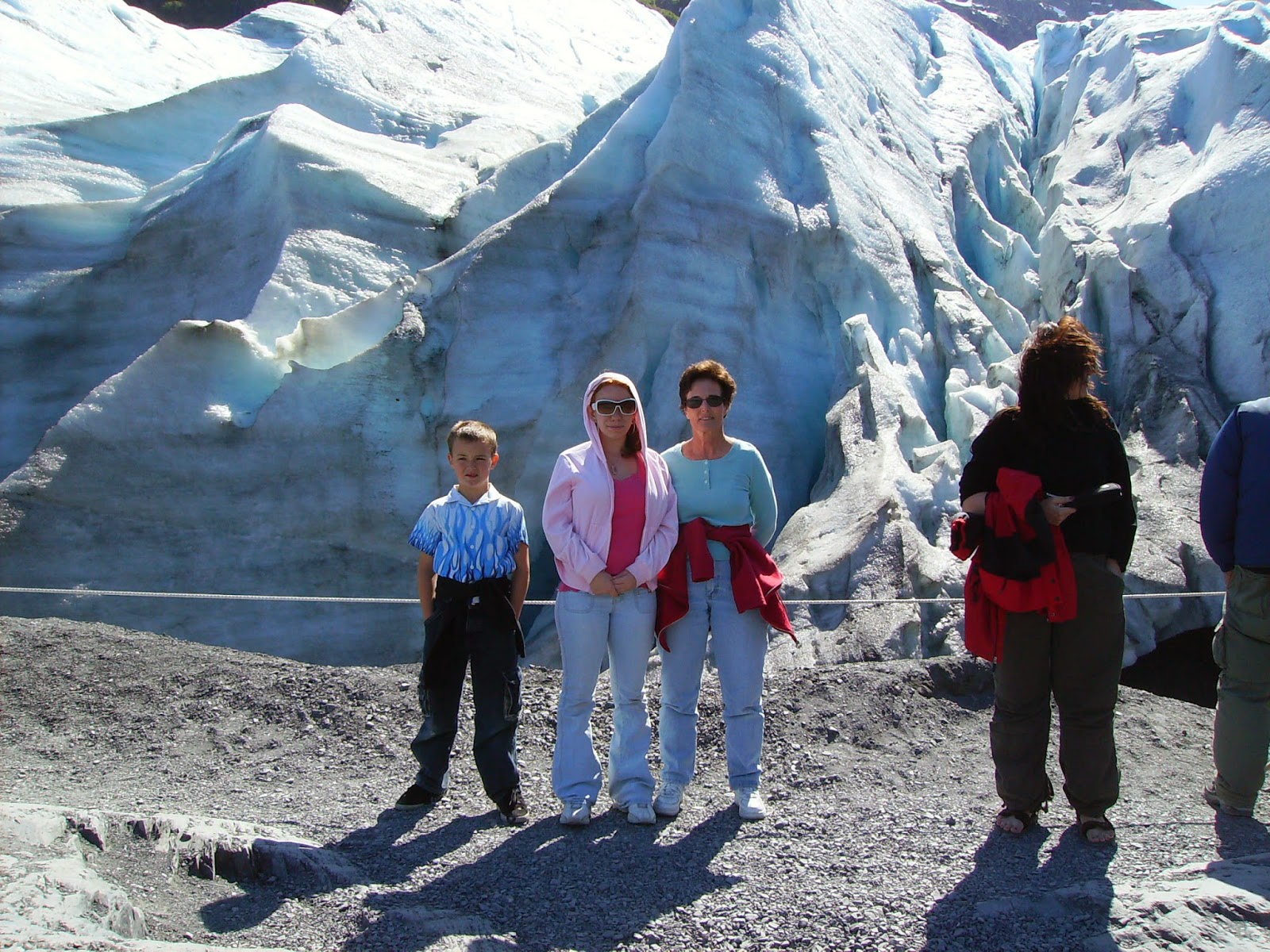 Then we drove on into Seward and had dinner out. We found the cheapest place we could to have a sit down dinner and it still cost $65 for the four of us. Then we walked down the boardwalk where fishermen to were cleaning their day’s catch. Then on to the tourist traps to see what they had to sell that we could not live without. Of course, Nana found something. Then we went to the Safeway store and bought a box of Dove bars for desert on our way out of town. It was already getting late, but when the sun does not set until after 11 PM it does not really matter.

We found a level pull out along the road back up to the Seward/Homer Y and parked for the night. We played a game of Hand and Foot first and then turned in. The truck works well for just Nana and Papa, but two extra scrudge munkins made things interesting. It was too hot inside to sleep at first, and then toward morning it got cold enough for blankets. Dom kicked so much that Deidra came down from the upper bunk and slept in the front seat. Several of us had to get up during the night to use the porta-potti and we all slept fitfully.
Posted by Richard at 11:45 AM