From the desert to the sea, from the mountain lakes to the granite peaks, we saw it all today. This was the most spectacular scenery we have seen yet.

After breakfast and filling one propane tank we set off for Skagway, Alaska without the trailer. The road from Whitehorse goes through the small town of Carcross before climbing up to White Pass and then descending into Skagway, Alaska. The trip is only about 100 miles but we started in the Yukon, passed through about 40 miles of British Columbia and finally entered the US again about 20 miles from Skagway.


The trip started with an overcast sky and the rain held off as we stopped at an overlook for Emerald Lake. The color is surreal. It is caused by marl on the lake bottom and very clear water. 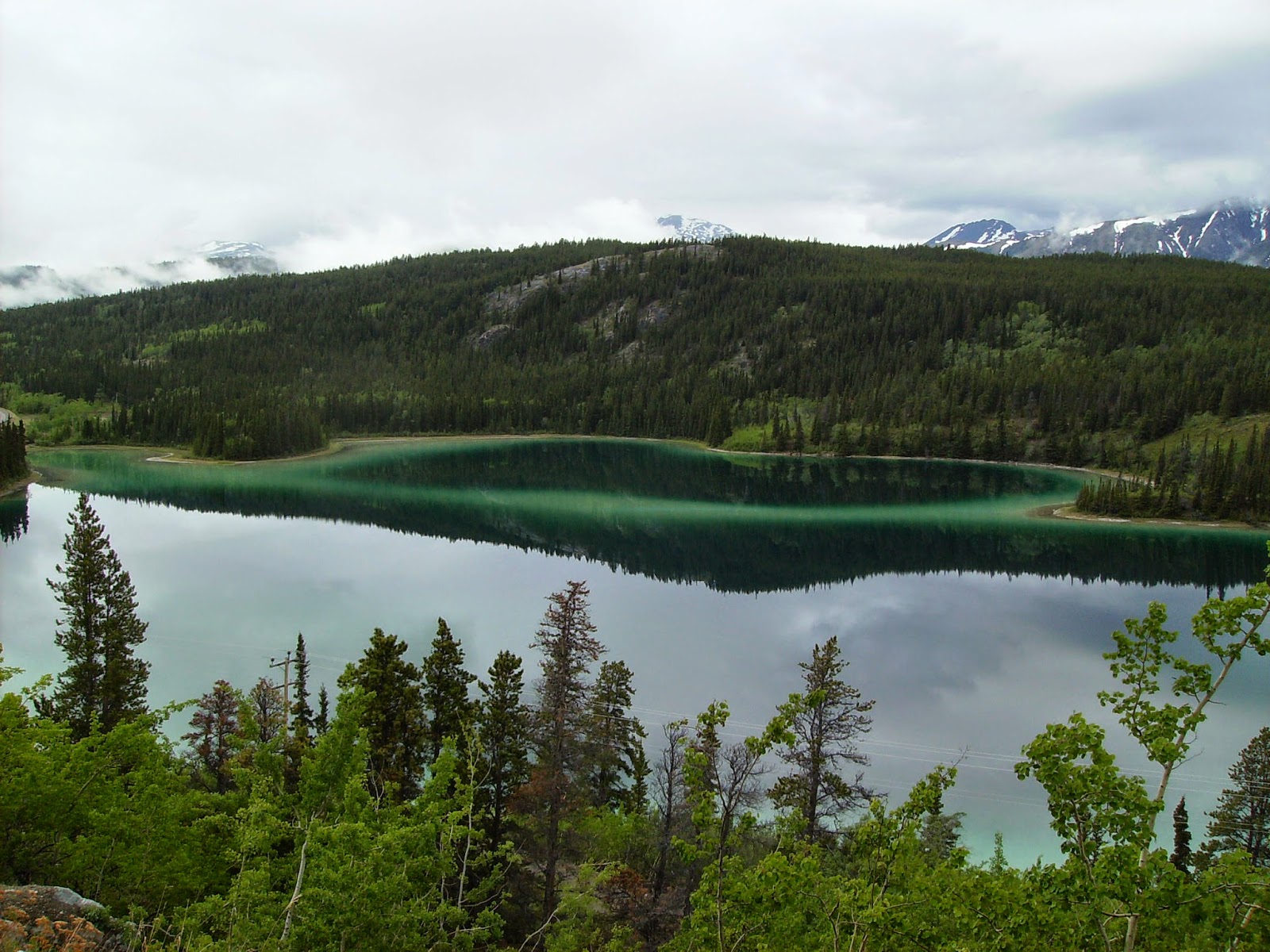 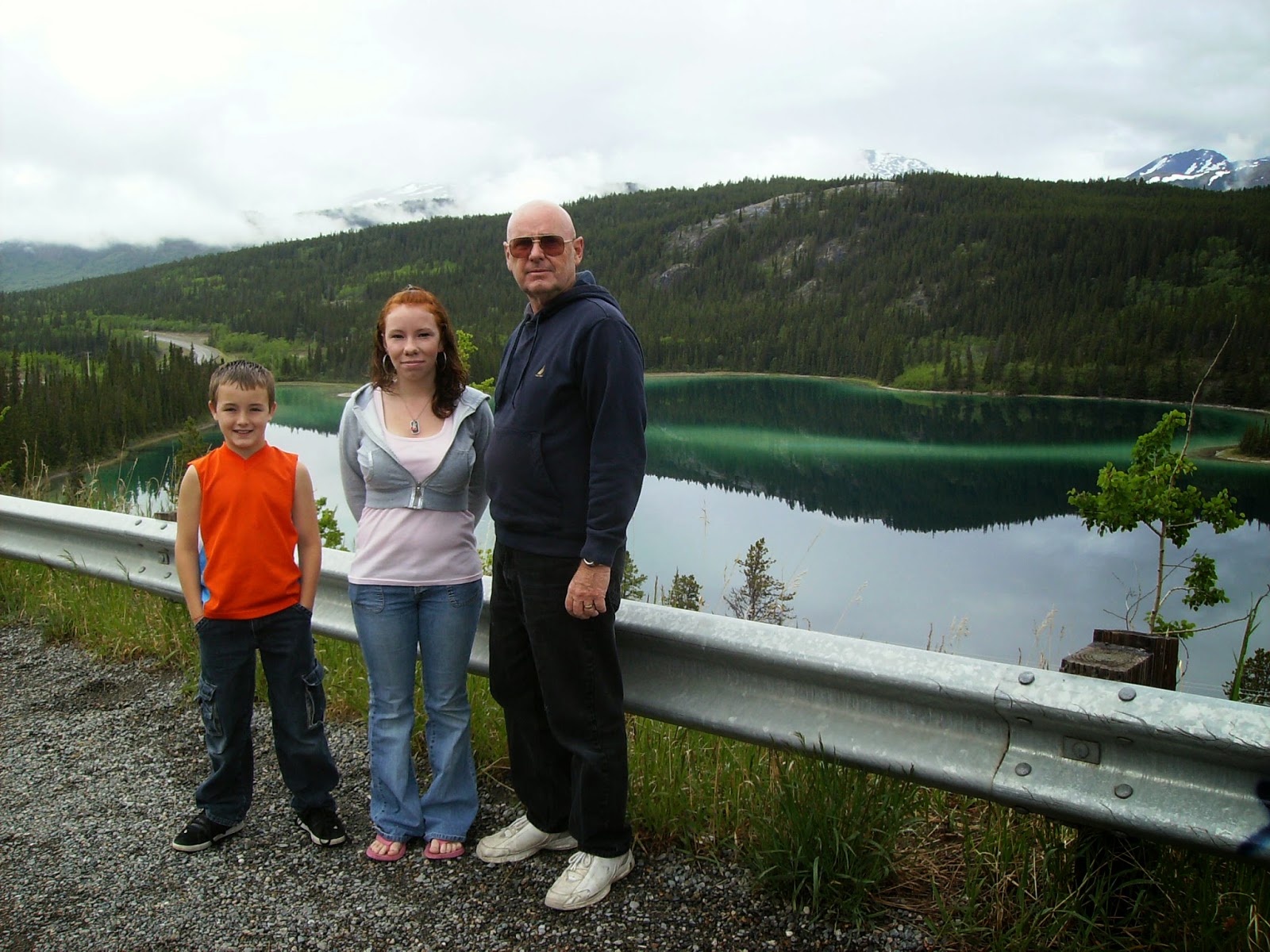 Then a short distance farther along is the Carcross Desert, just before the town of Carcross. It is caused by the sandy sediment of a long gone lake that is held in place by the local winds. What a strange place to find sand dunes. 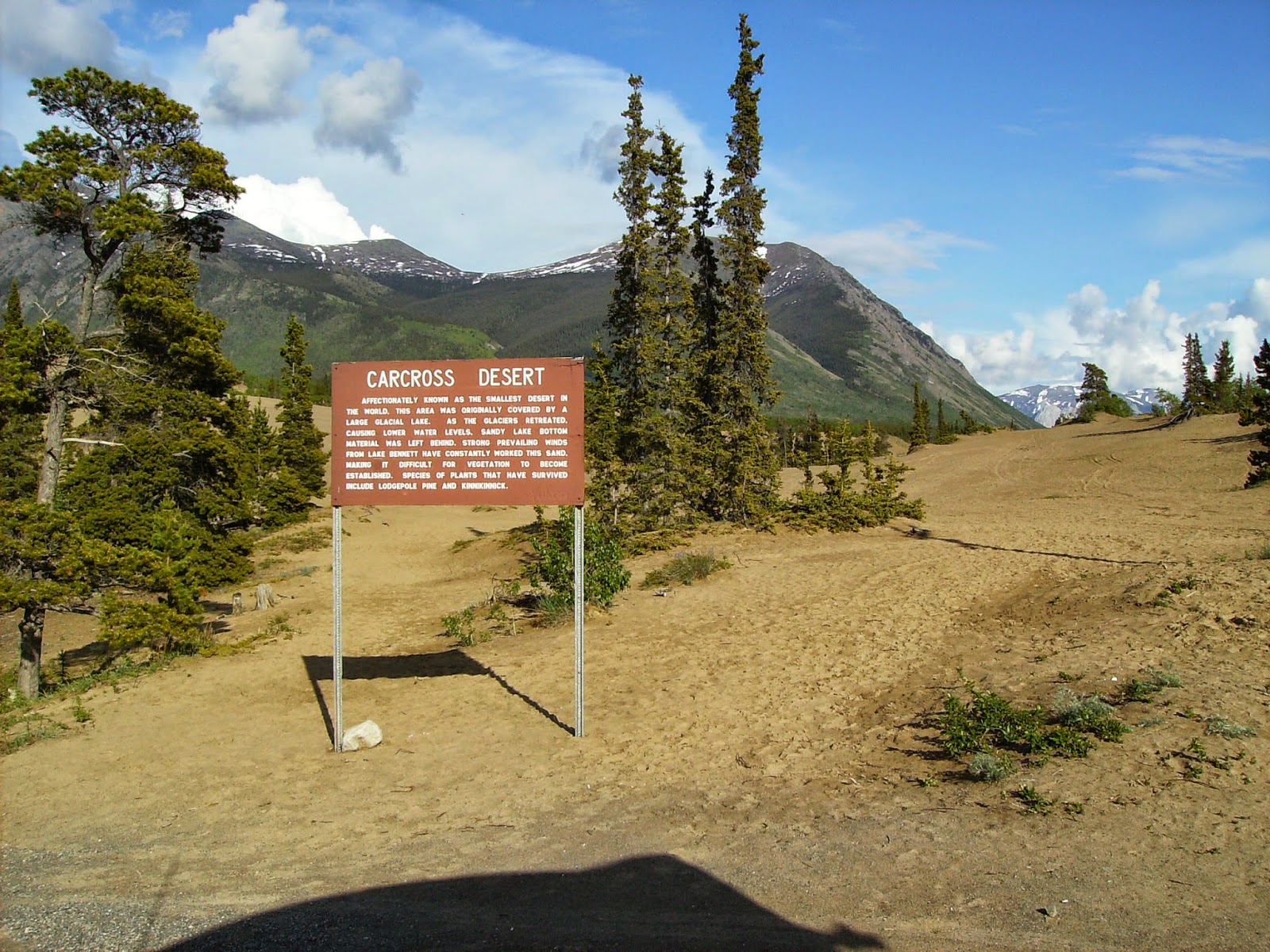 We then passed through the town of Carcross and drove beside several large lakes that were all connected by rivers. 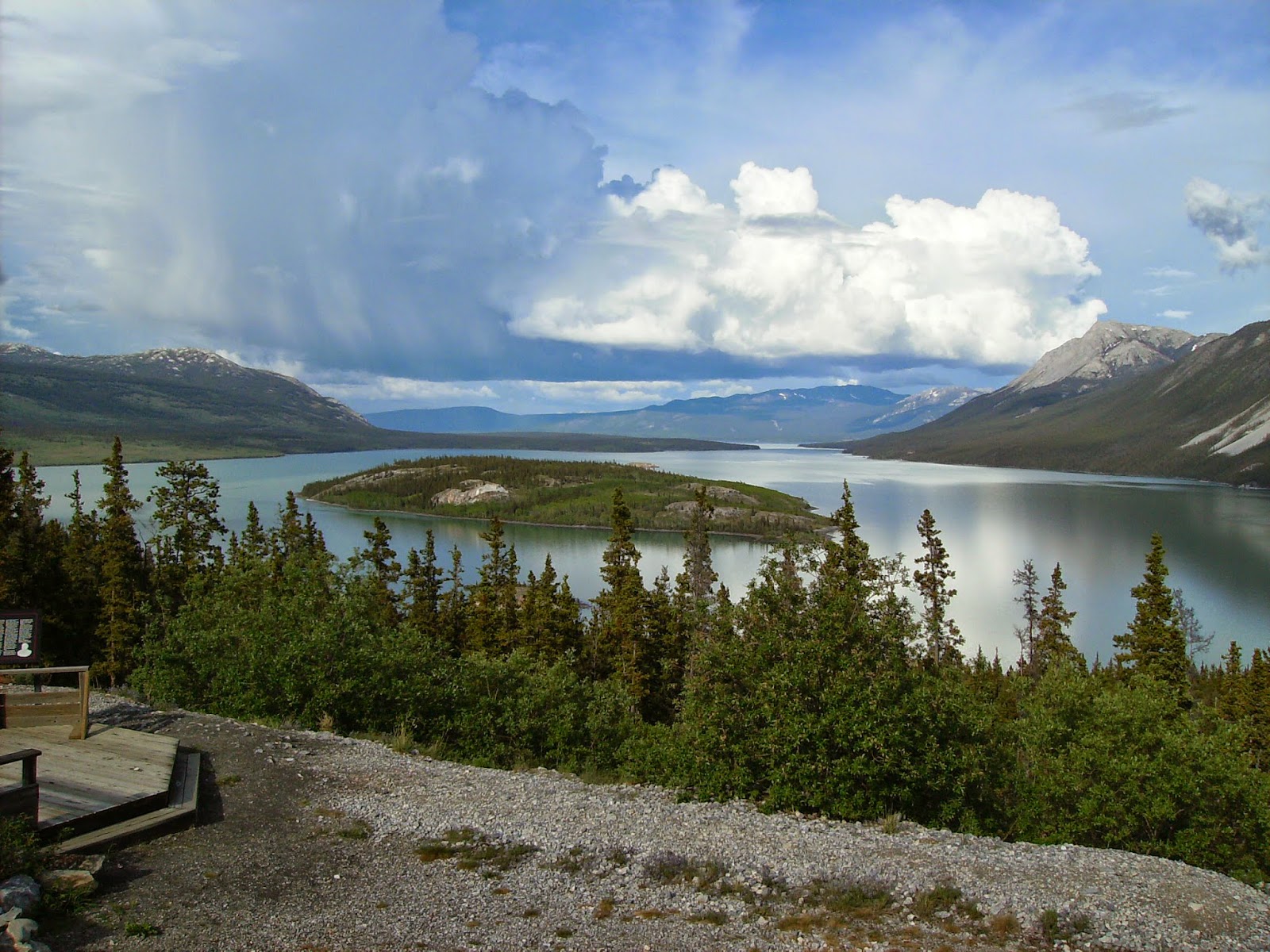 The rains began and the clouds lowered as more and more spectacular snow covered mountains came into view. 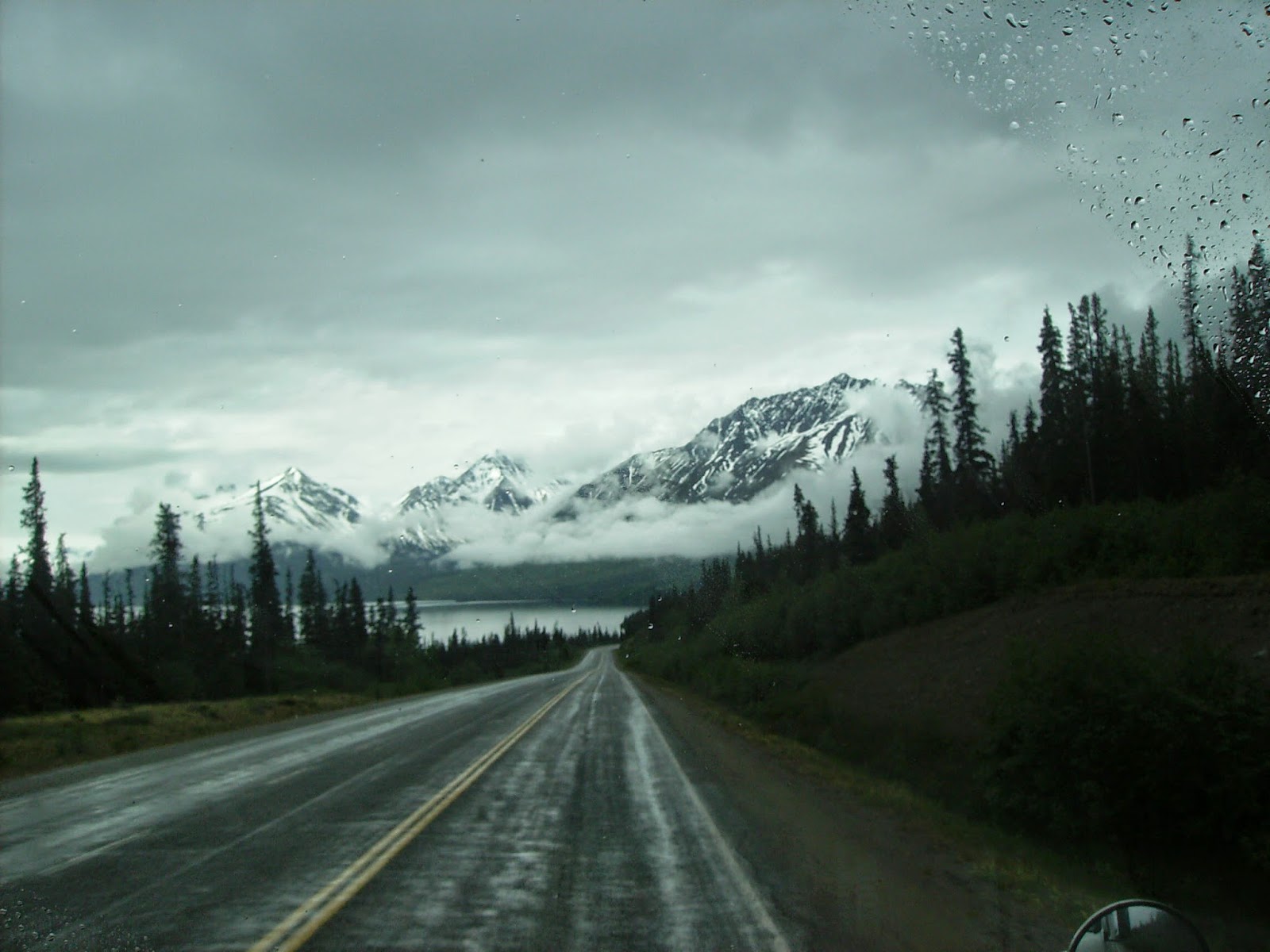 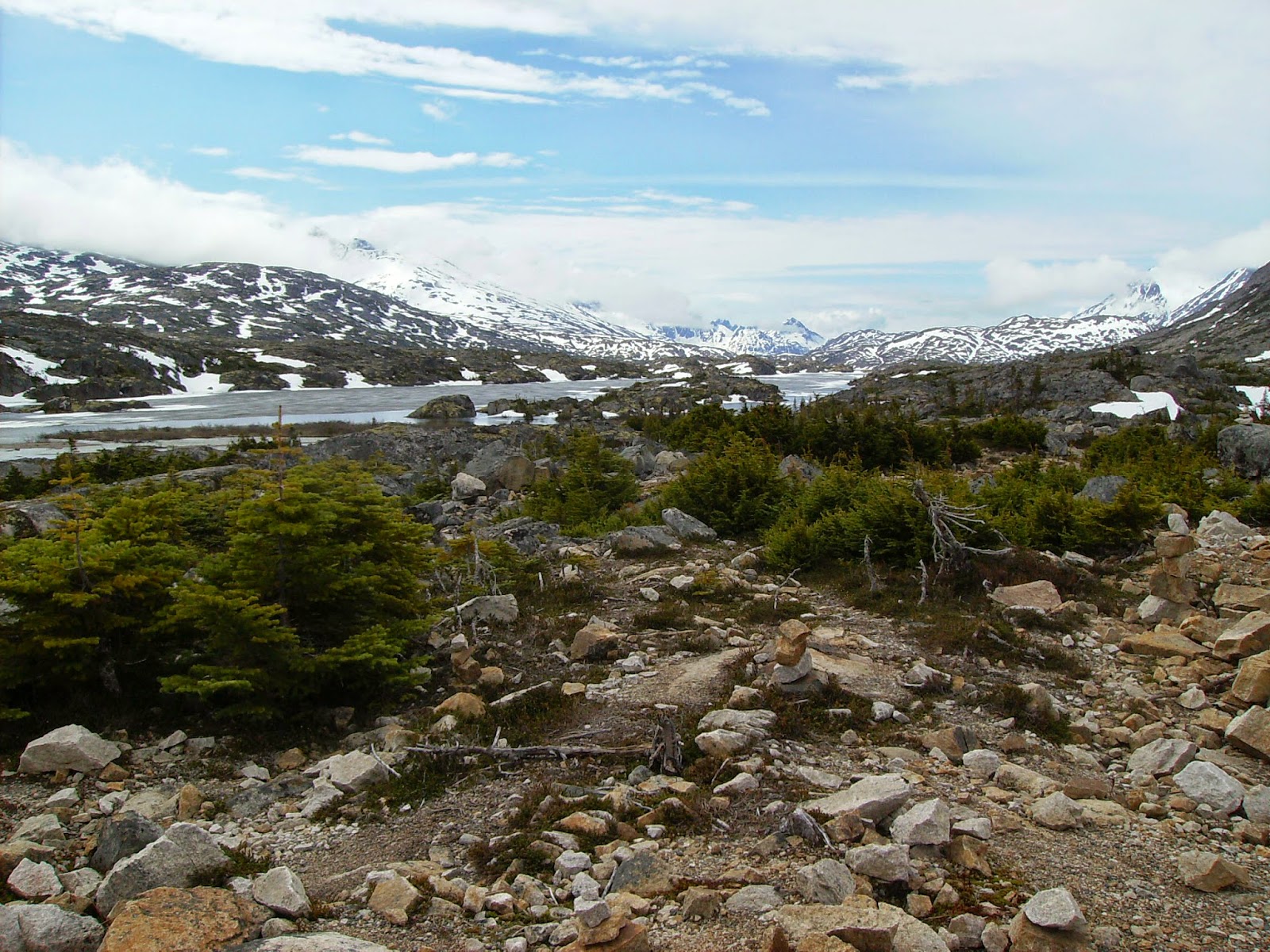 We continued climbing until we reached the top of White Pass above Skagway. Ahead the clouds seemed to disappear as we descended into the most incredible display of waterfall after waterfall cascading down the mountains around us. 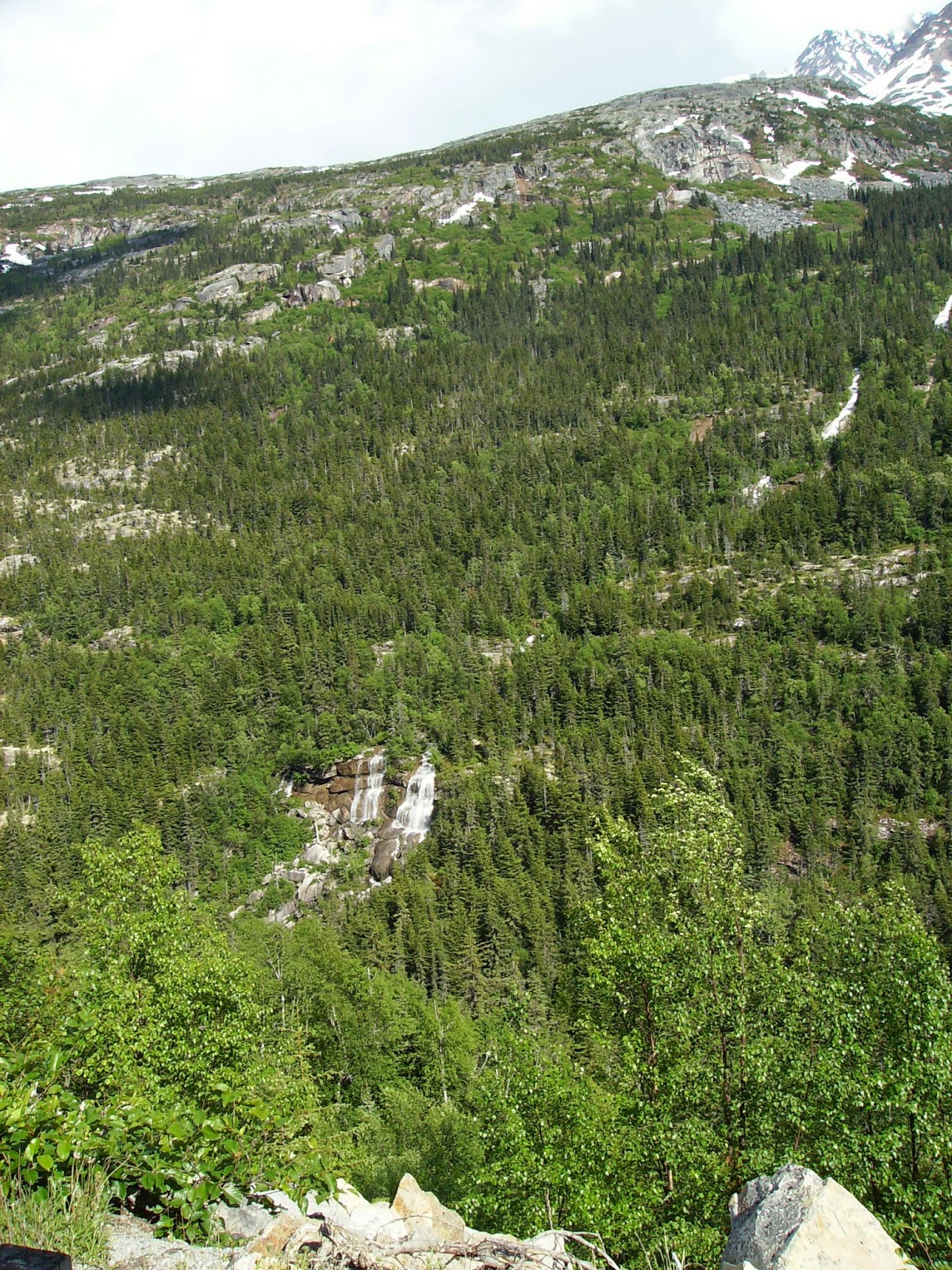 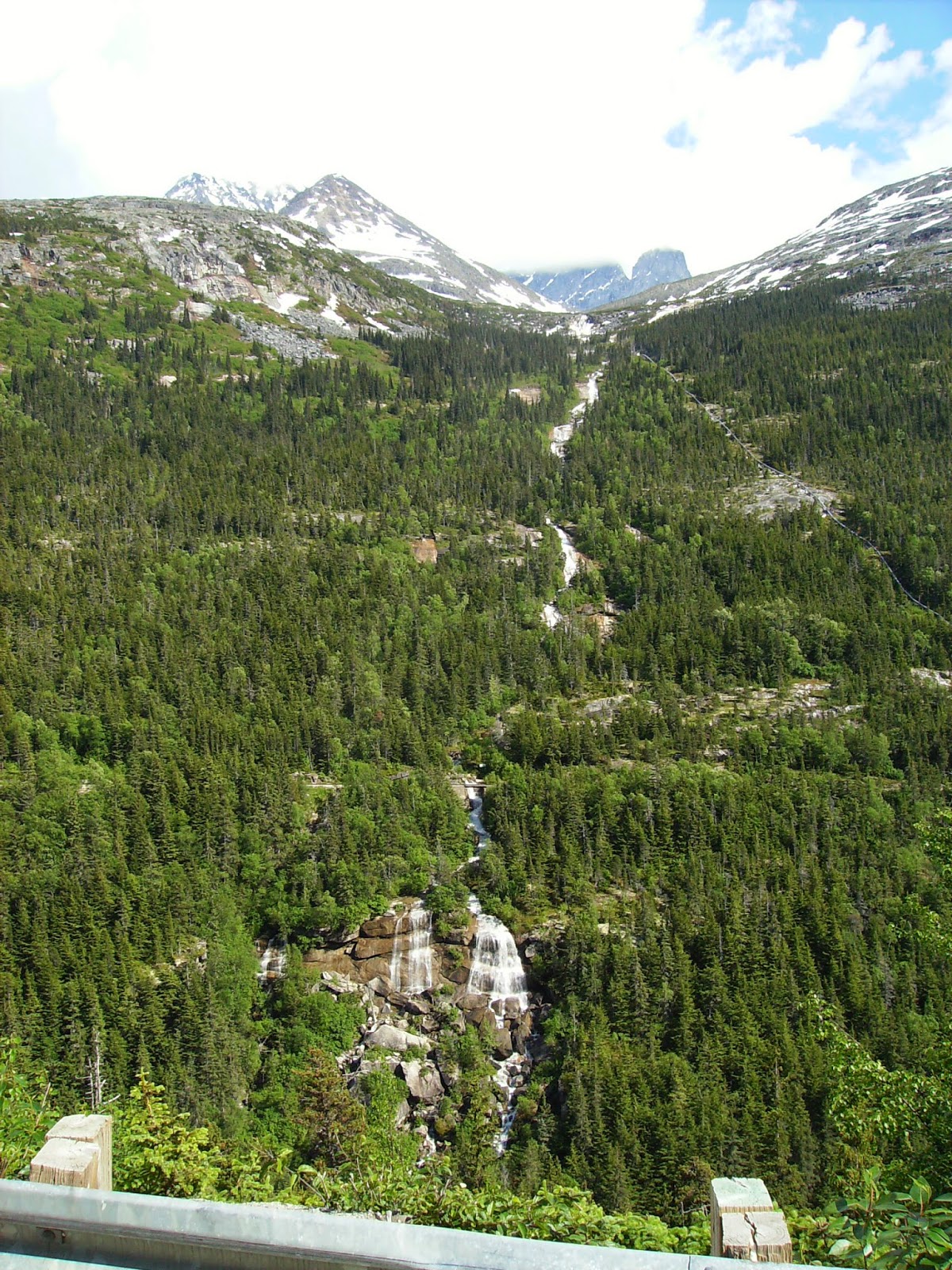 We descended into Skagway and had pizza for lunch. Then we strolled through the many tourist traps that line the main street of Skagway. Deidra, Dom and Nana all found some jewelry or souvenirs they could not live without. 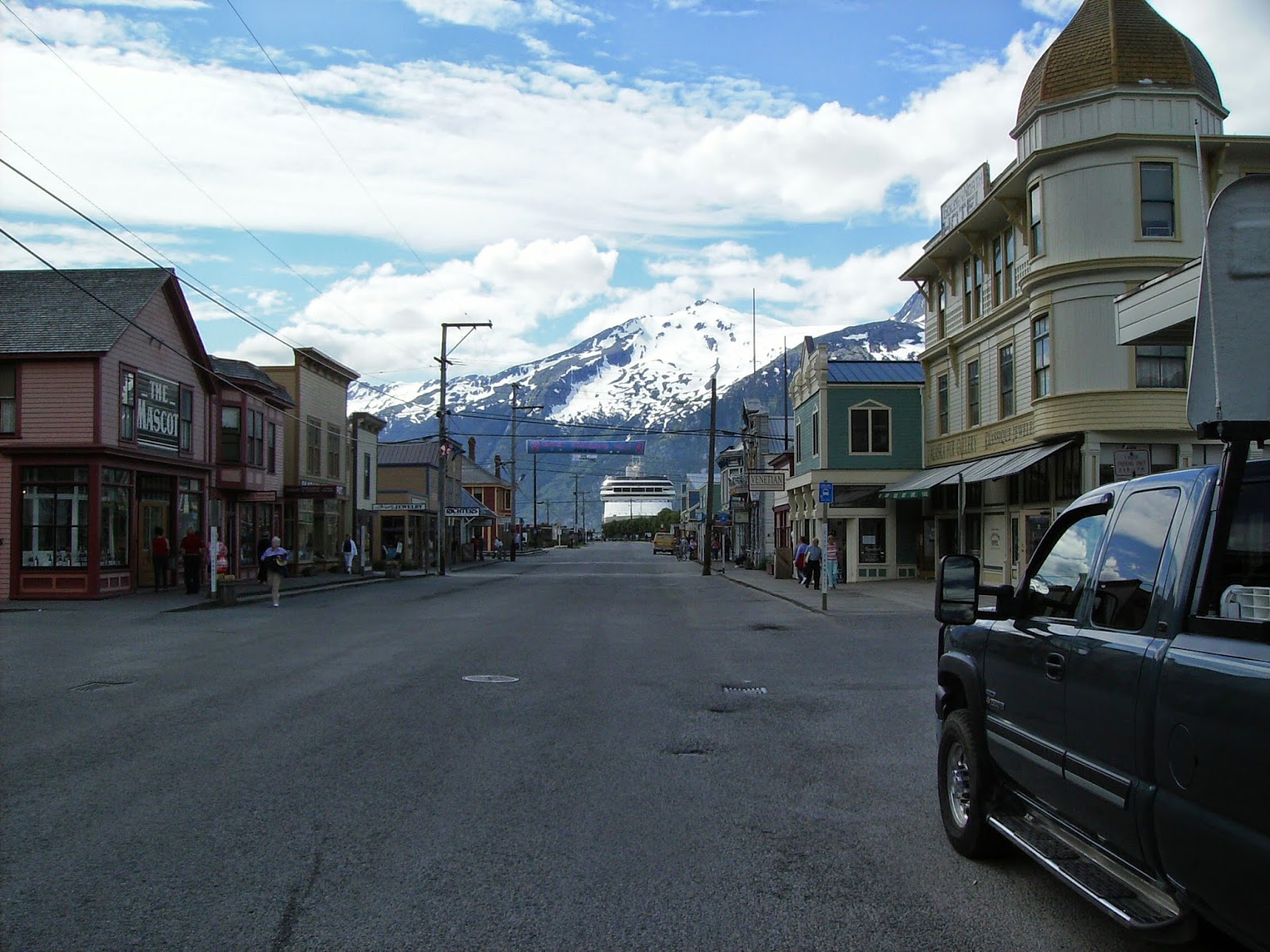 There were two cruise ships in town so the place was busy in the early afternoon, but most had drifted back to their ships by four PM when Dom and Nana took the walking tour offered by the National Park Service. We had all watched the movie in the visitor center about the gold rush in 1898 that started Skagway. While they were on their walking tour, I put about 85 gallons of diesel fuel in the truck. The cost in Skagway was about $1.50 per gallon less than the cost in Whitehorse.


We drove back through the same glorious scenery on the return to Whitehorse. It was a day we will all remember for a long time.
Posted by Richard at 2:20 PM