We arrived at the visitor center about 8:45 and left on our tour at 9:00. We had selected the Fish Creek tour which took us about 60 miles into the park and back. We were on “school” busses, but the seats were a little better than the regular bench seats. People can only drive about 15 miles into the park in their own vehicles. Beyond that you have to be on a tour bus.

The sky was completely clear and the driver stopped at the first place we could see Mt. McKinley or Denali. (It is still legally named Mt. McKinley but everyone here prefers to call it Denali. Denali means “tall one” in Athabascan, a native language. The naming of McKinley was done by some local businessman when McKinley was running for president and supported the gold standard the businessman wanted enacted. He was subsequently elected president, but few people think he deserves to have the tallest mountain in North America named for him.)

Over 80 percent of the people who come here do not see the top of the mountain. We had a perfectly clear view, although from quite a distance. By later in the day it was completely obscured but we got our sighting. 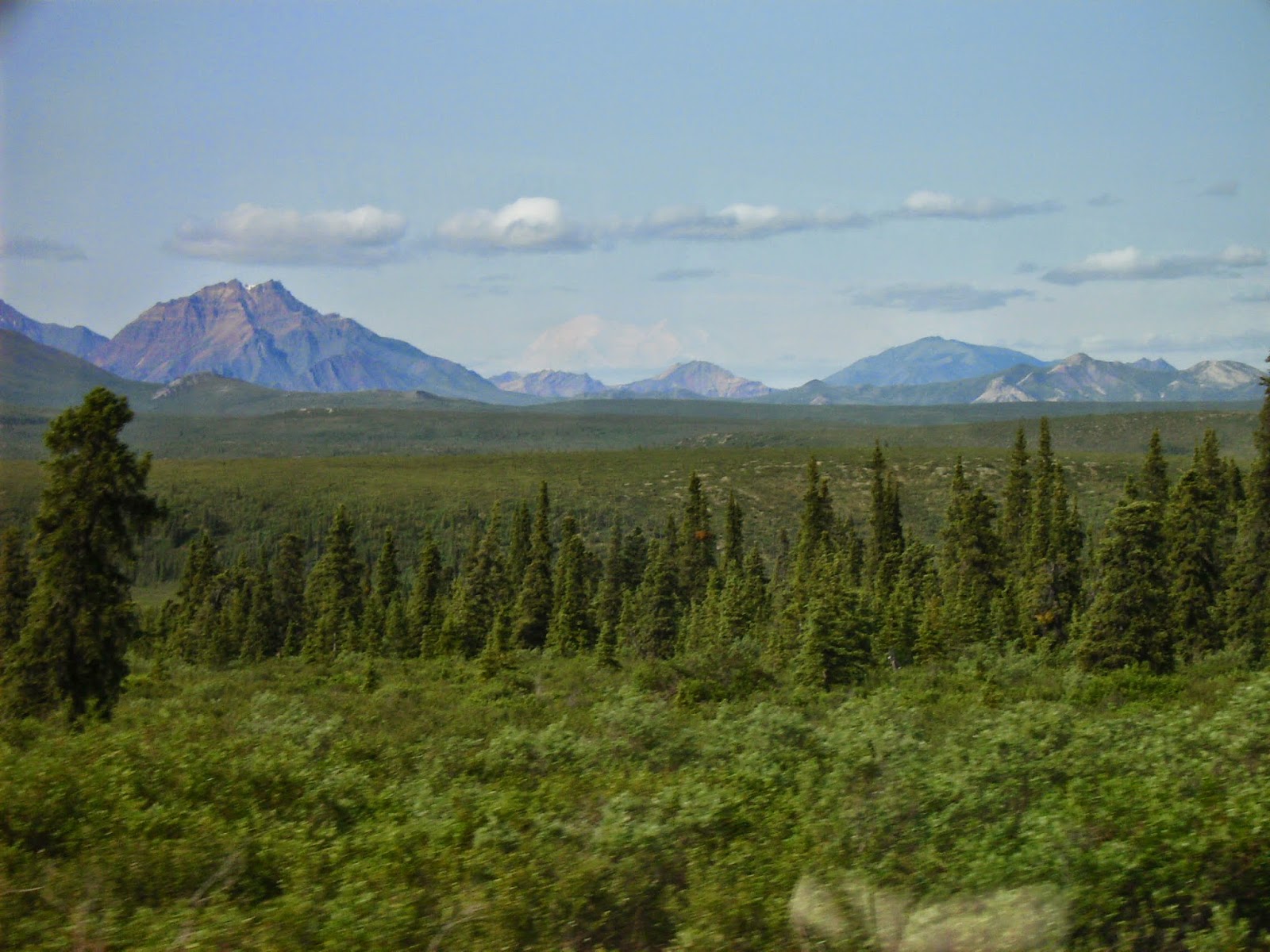 The scenery on the trip was very beautiful and grand, but the real goal of the trip was to see wildlife. We saw a porcupine, a caribou, several grizzly bears including cubs, lots of Dall Sheep with their lambs, squirrels, snowshoe hares, and most rare, a black wolf. I will include photos of all we have, but most were very far away and were taken with maximum telephoto. I do not have photos of the two close encounters, the porcupine and the wolf. They moved too quickly into the brush and there were people in my way when I had a good view of them. If you really want to see what these animals look like, go to a zoo. You will have a much better viewing opportunity. If you want to see them living in their natural habitat from a great distance then you will enjoy coming to Denali. I wish the photos were better, and they were in real life with binoculars. My camera just does not have a great telephoto lens. 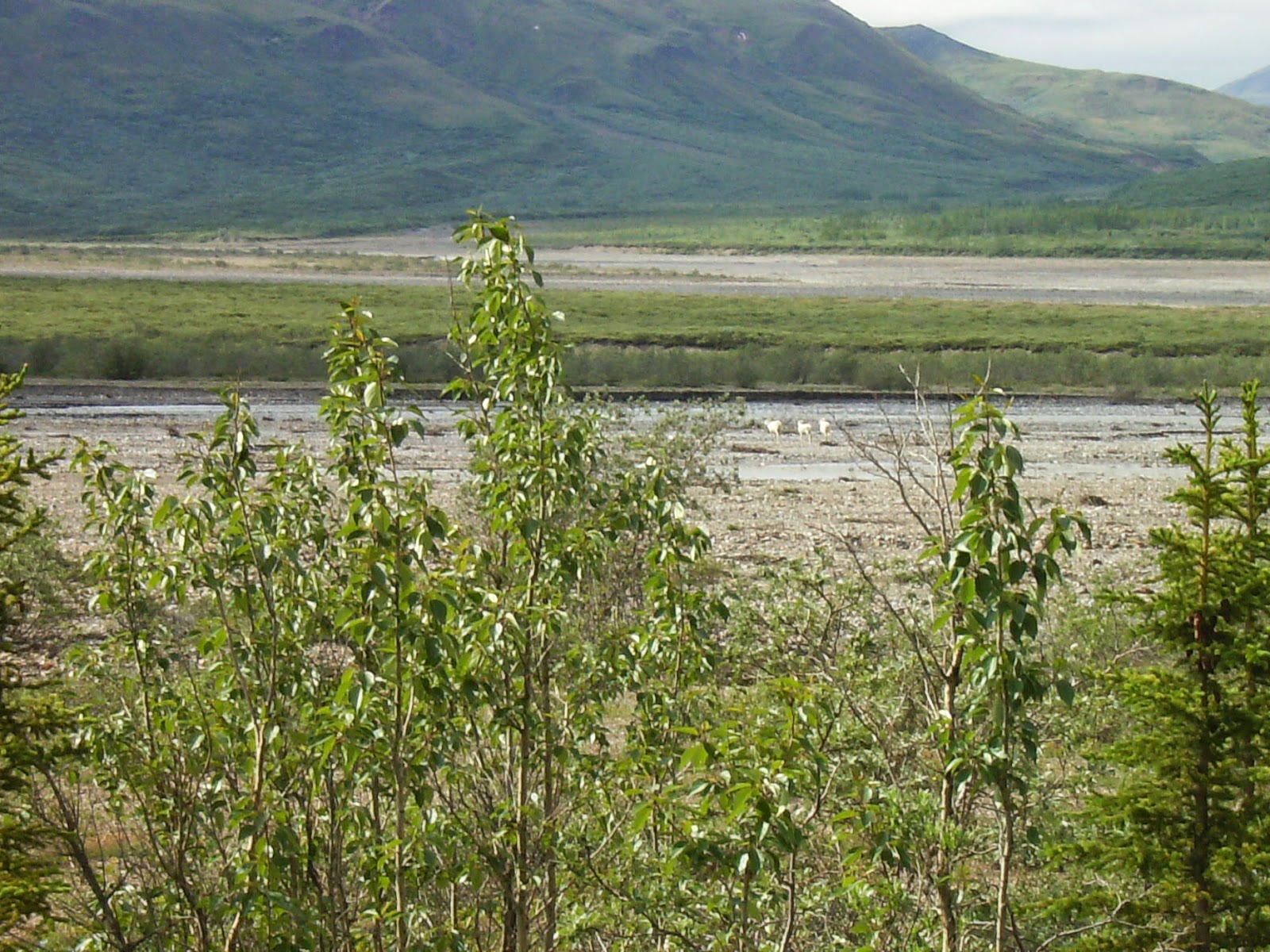 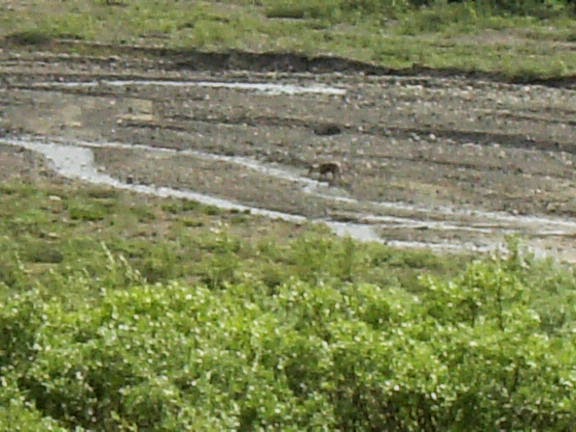 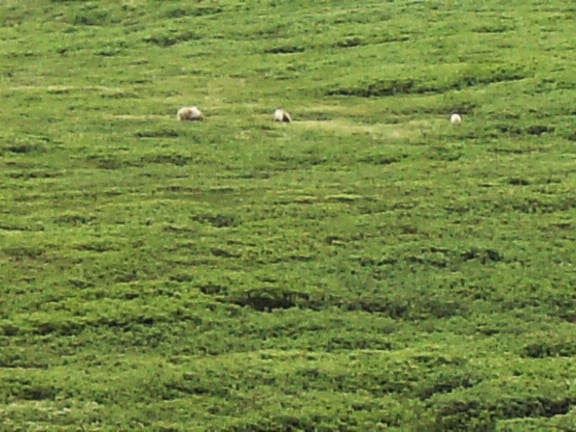 We had to take our own food and drink as there is nothing available out in the park. Everything must be eaten on the bus as you are bouncing along since you are not allowed to take any food off the bus at the rest stops. We finally returned to the visitor center at 5:00 PM. The trip was 8 hours over mostly rough, dusty dirt roads in a bouncy school bus. We were all worn out but enjoyed the trip.
Posted by Richard at 1:09 PM