Today was a very good day, perhaps the best of our trip so far. The shuttle bus picked us up at our RV park at 11 to take us to the dock for our cruise. It took all of 5 minutes to drive there. We exchanged our vouchers for tickets and then had to wait until 11:30 to board. We were scheduled to leave at noon. I remembered the binoculars that were still in the truck, so I walked back to the campground to get them and returned within 20 minutes. It sure made the shuttle seem superfluous. The view out our back window is of a waterfall on the mountain behind us. It made it easy to find our park even though I did not follow the same route the driver did. 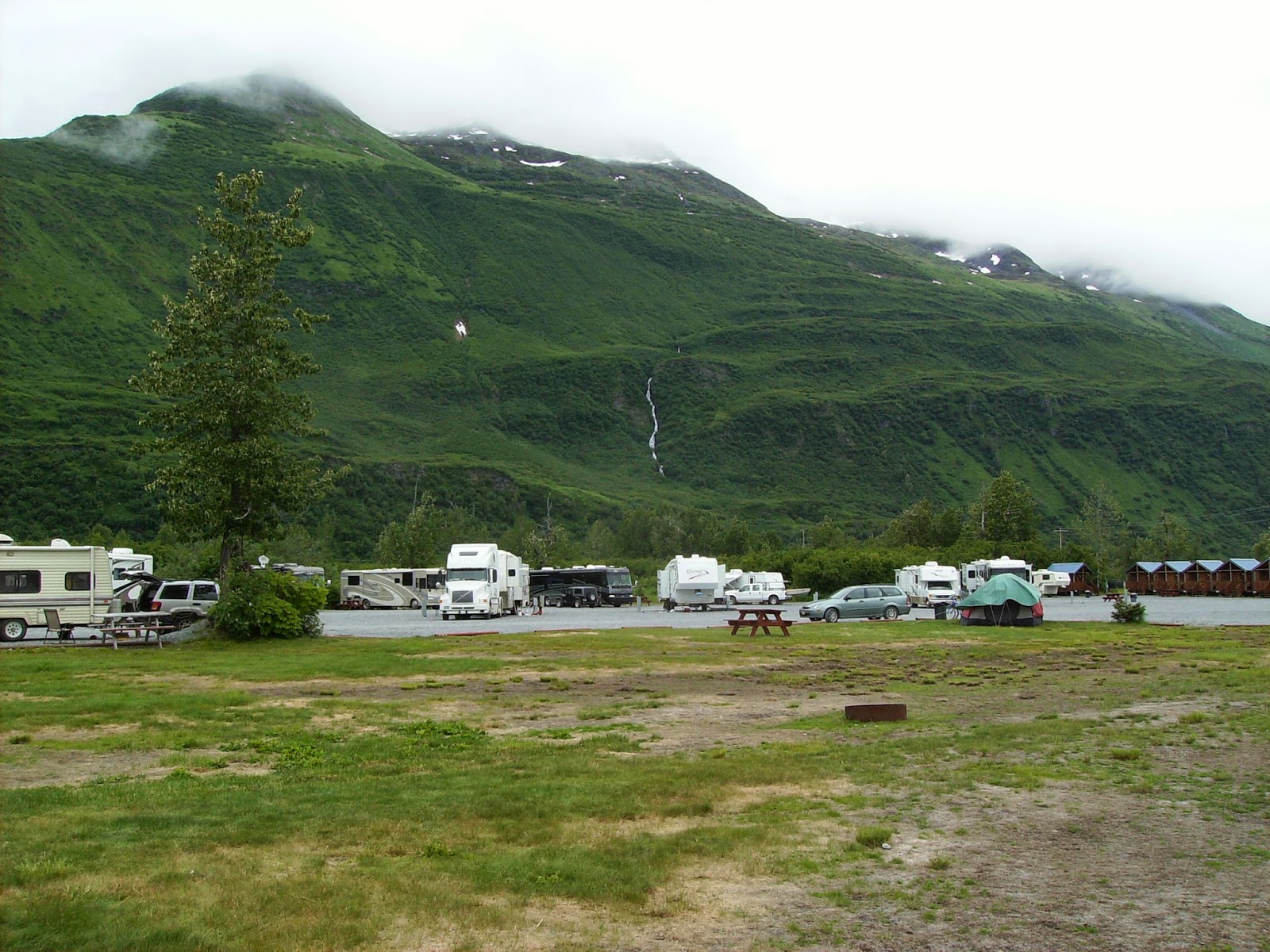 We took the Stan Stephens Tour that was scheduled for 6½ hours. We knew it would be cold so we took winter parkas and dressed warmly in layers. Deidra was convinced she would not need a coat but it did not take long on the water before she was gladly wearing one. It never got to 60 today and the sun only broke through a few times. It seems it was a normal day on Prince William Sound. We found seats inside but were soon out on the bow where we spent most of the day. The wind was in our face, but the view was great and somehow it seemed like the best place to be. 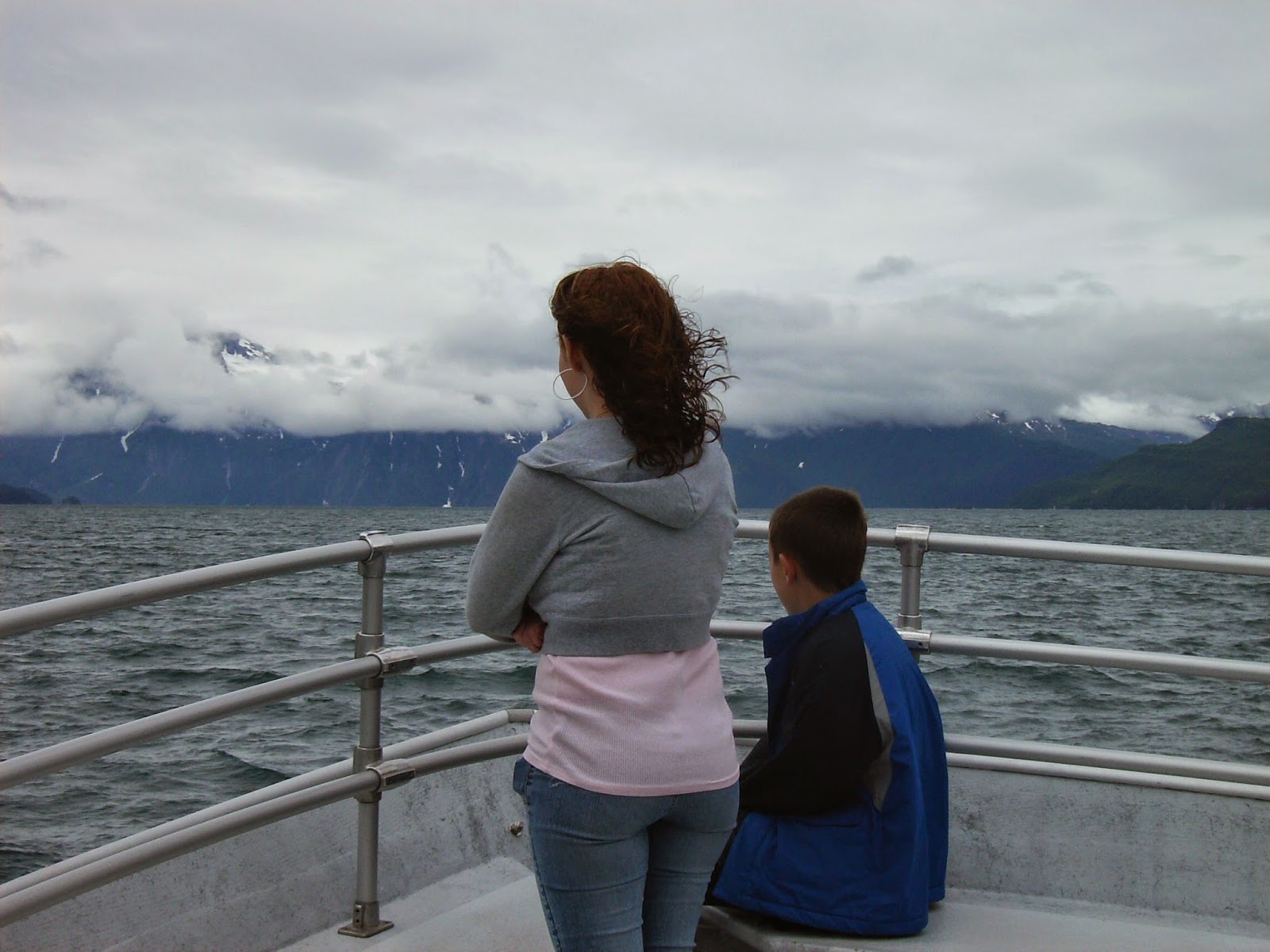 The first thing we saw was the pipeline oil terminal from outside the security zone. One tanker was loading at one of the four loading docks. It takes from 14 to 24 hours to load one ship. 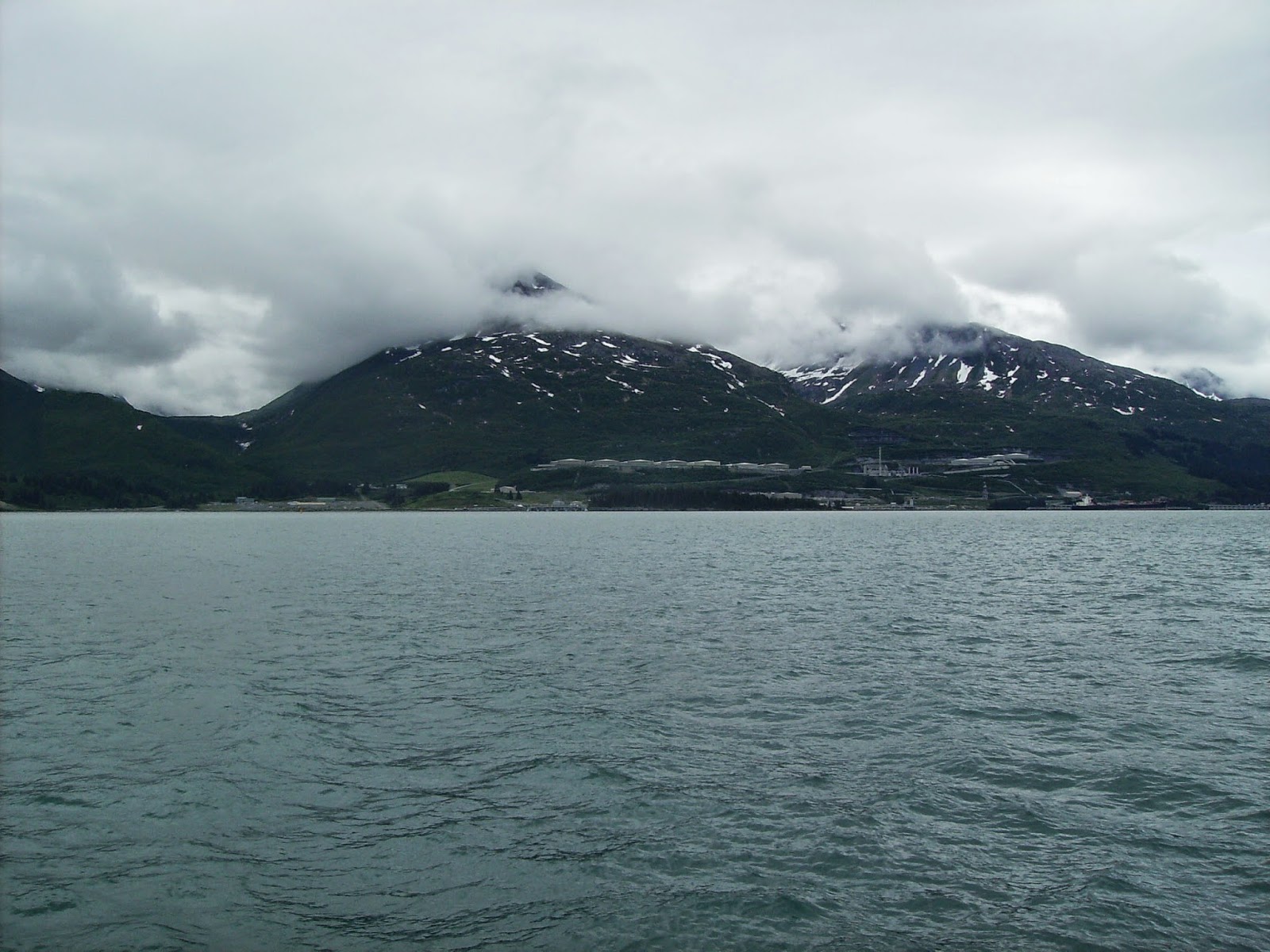 Just past the pipeline terminal and at another location later we saw Steller sea lions sleeping on buoys and lounging on the shore. 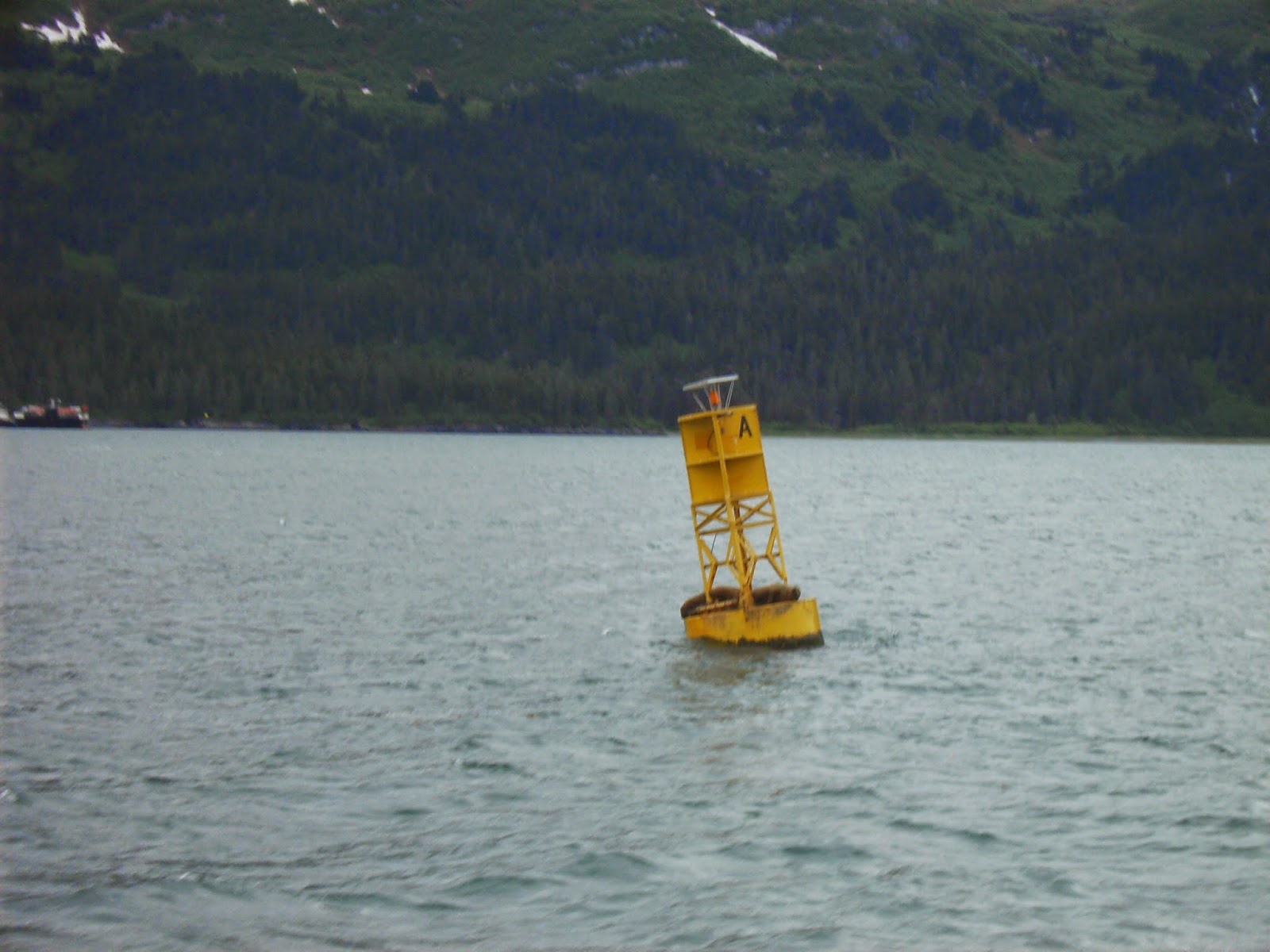 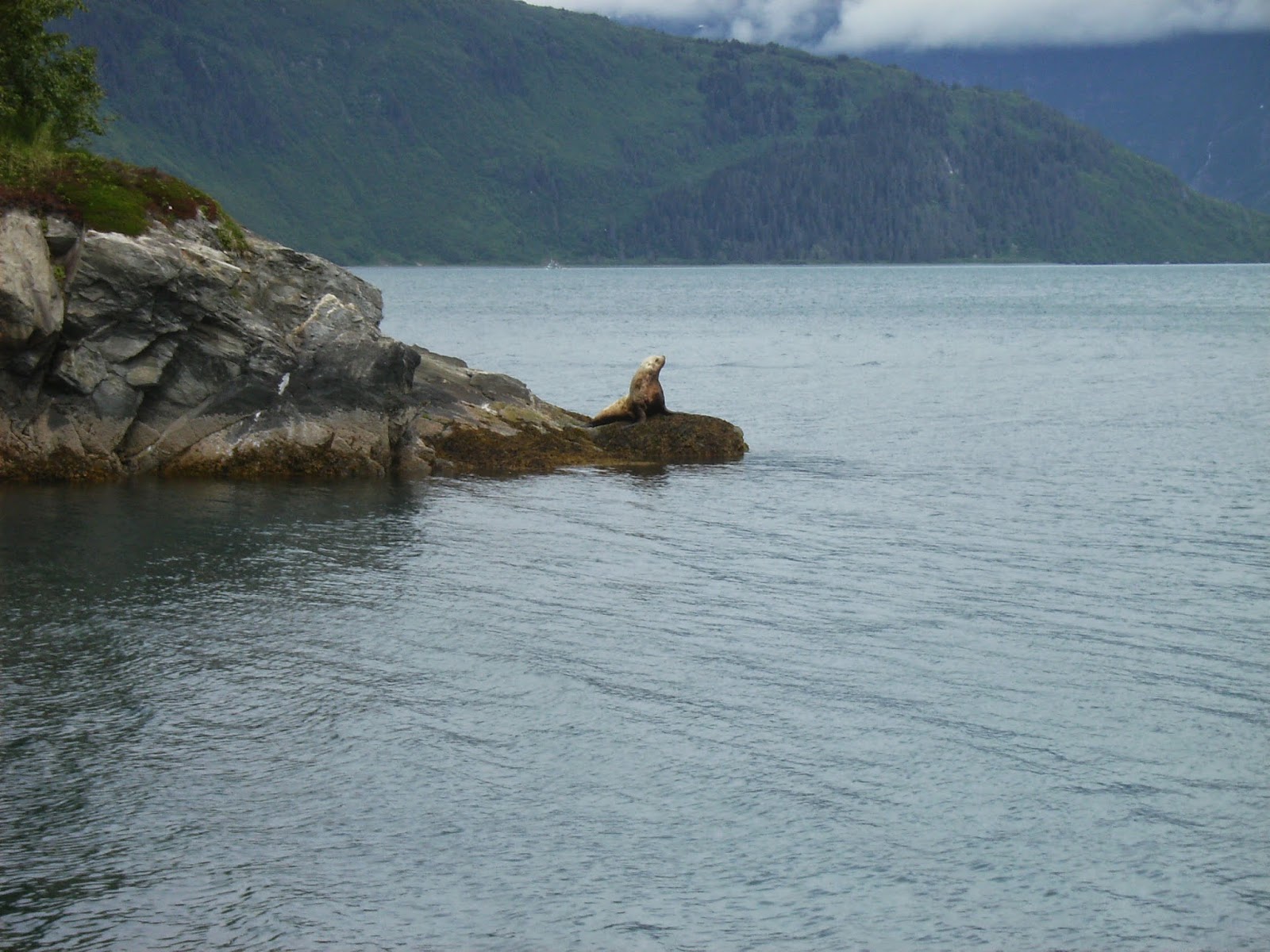 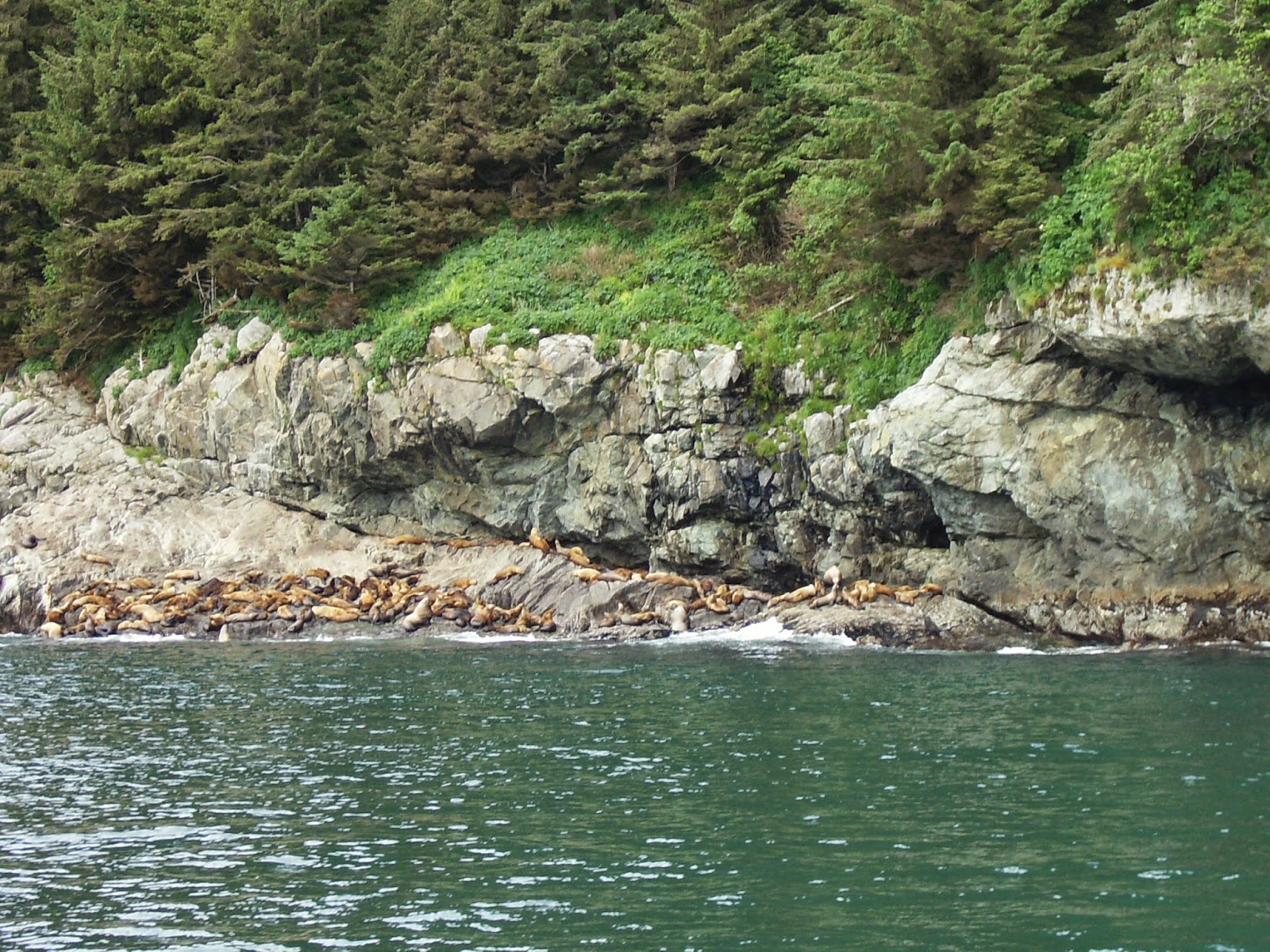 Shortly after that we saw the first of many bald eagles. Some were sitting on their nests and some were in flight. They are beautiful and majestic birds. 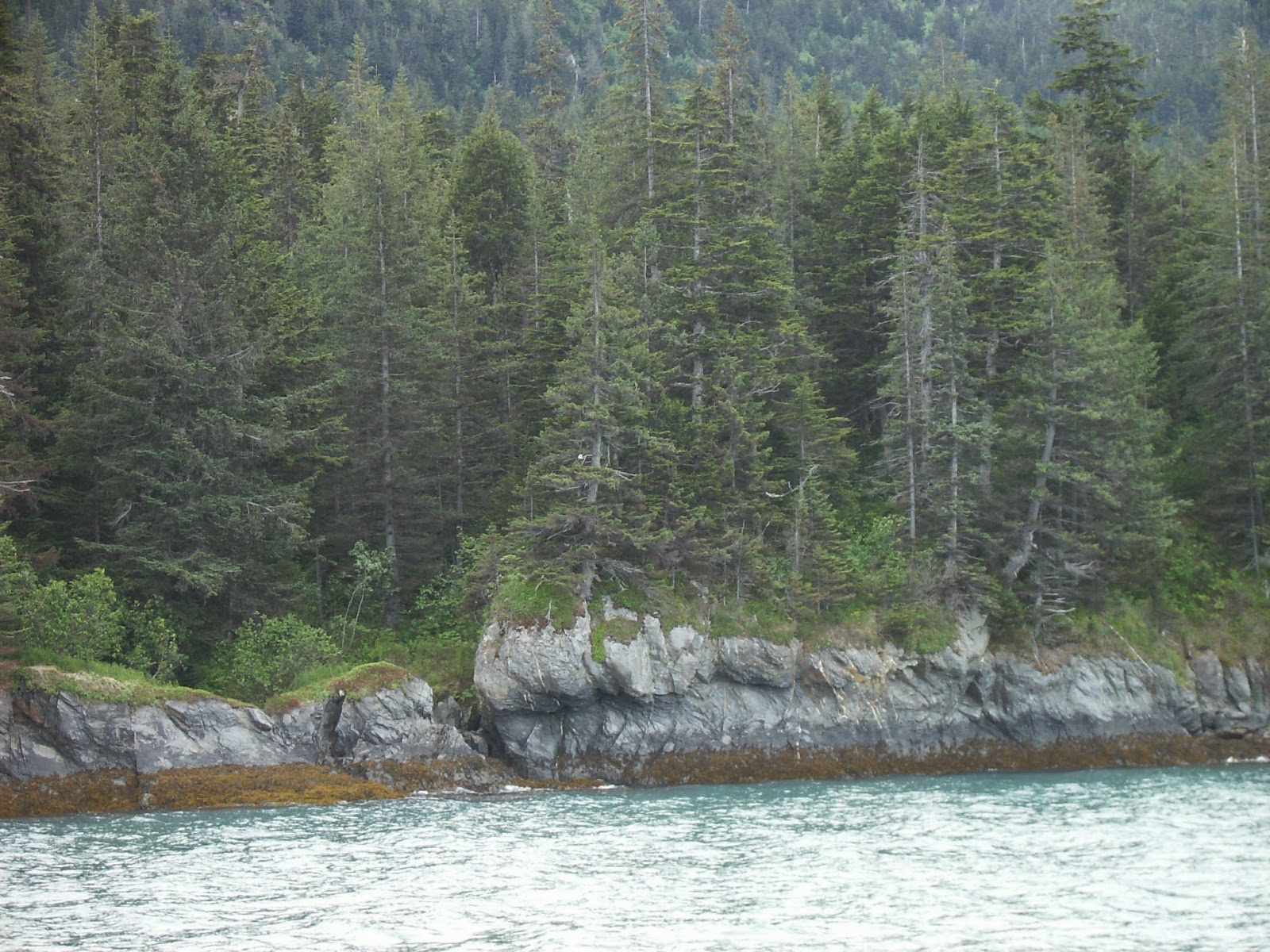 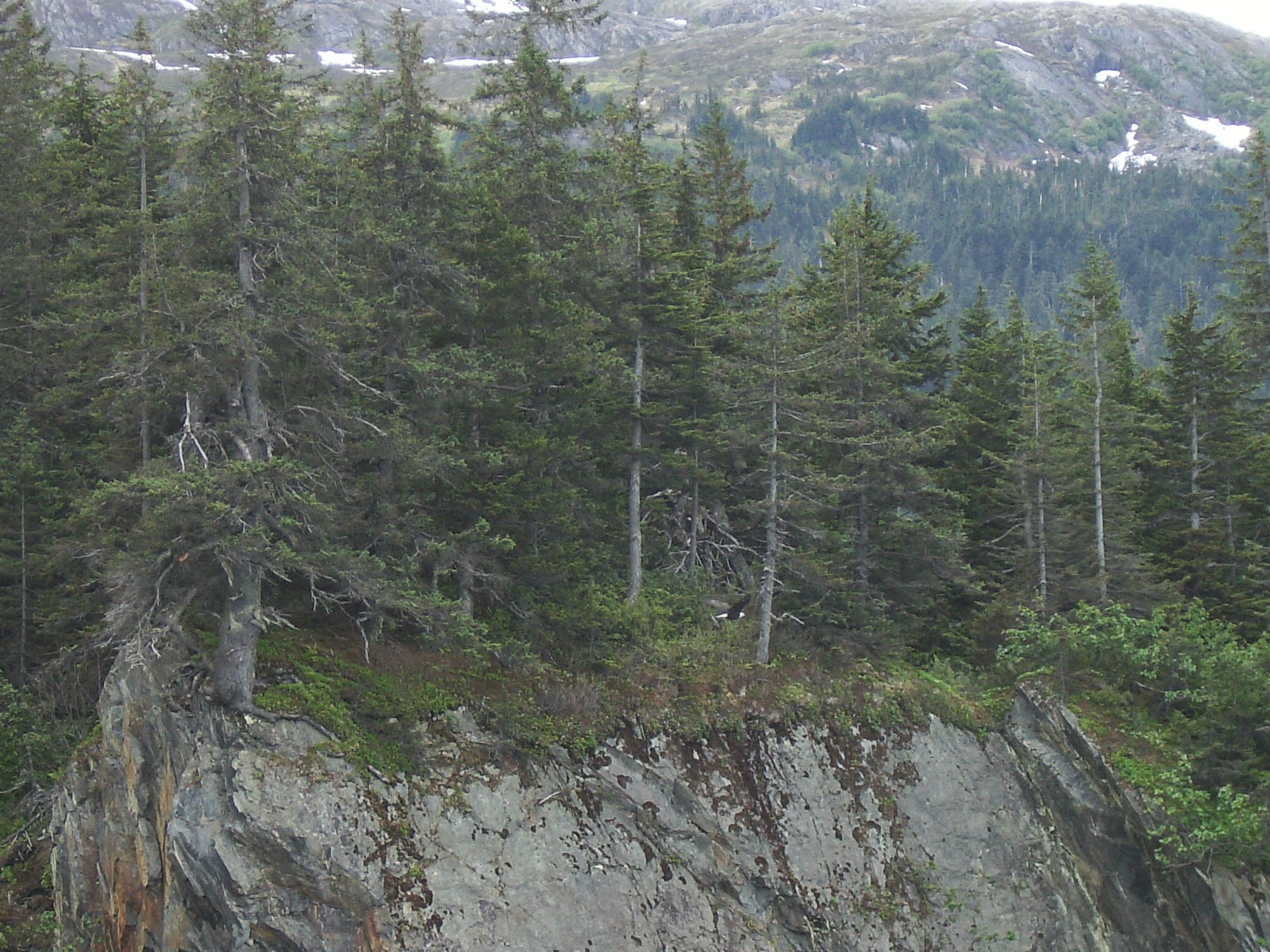 Waterfalls are everywhere, some of which we saw from near and far. This is Anderson Falls which is fed from Anderson Glacier above it. 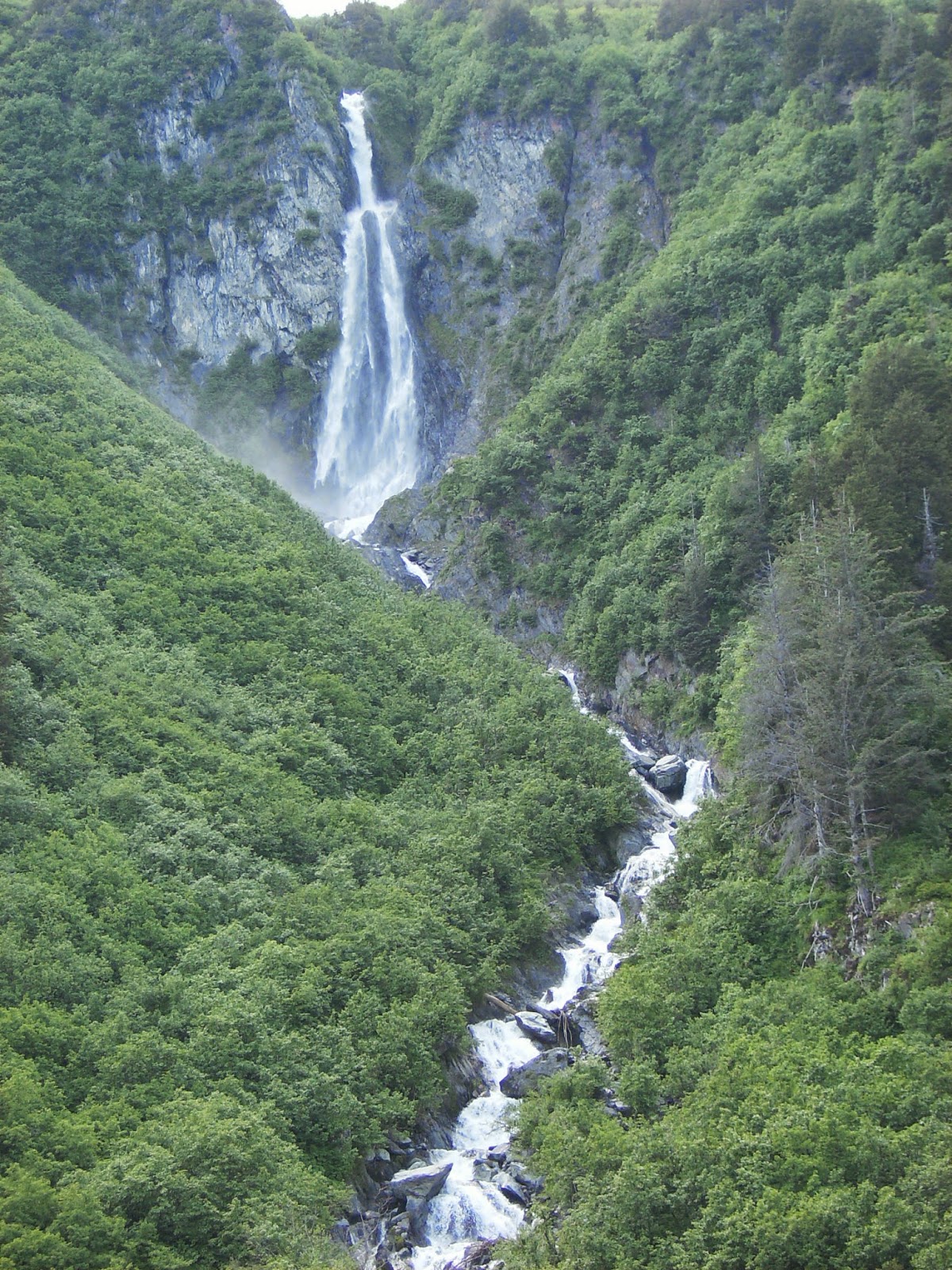 We then stopped by some commercial fishing operations and watched salmon being transferred from the smaller ships to the large processing ships. 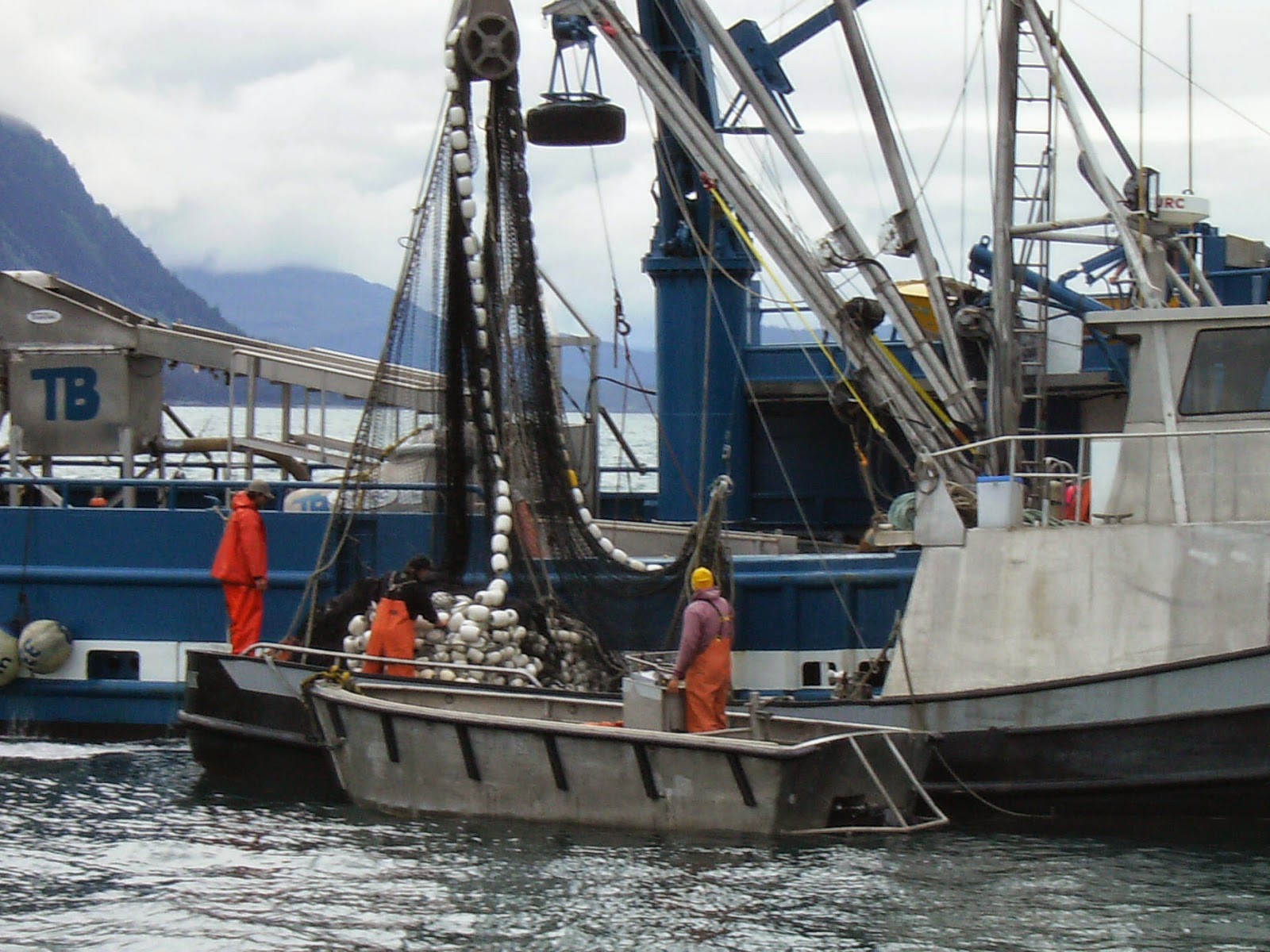 Then is was time for lunch as we cruised down to the southernmost area of our tour. We were served delicious clam chowder and a bagel. The kids didn’t like clam chowder so they got minestrone instead and thought it was good also.


As we approached the headland the tour guide said he had seen a humpback whale dive about 4 minutes before we arrived so he expected it to be back up shortly. It was down for 9 minutes and when he came back up we discovered it was two of them together. They dove three times while we watched. It was tough getting good pictures through the crowd of people, but these three were shot in burst mode and are pretty good. We saw much better but I did not get them on camera. If you want a nature film, go elsewhere. These are vacation snapshots. 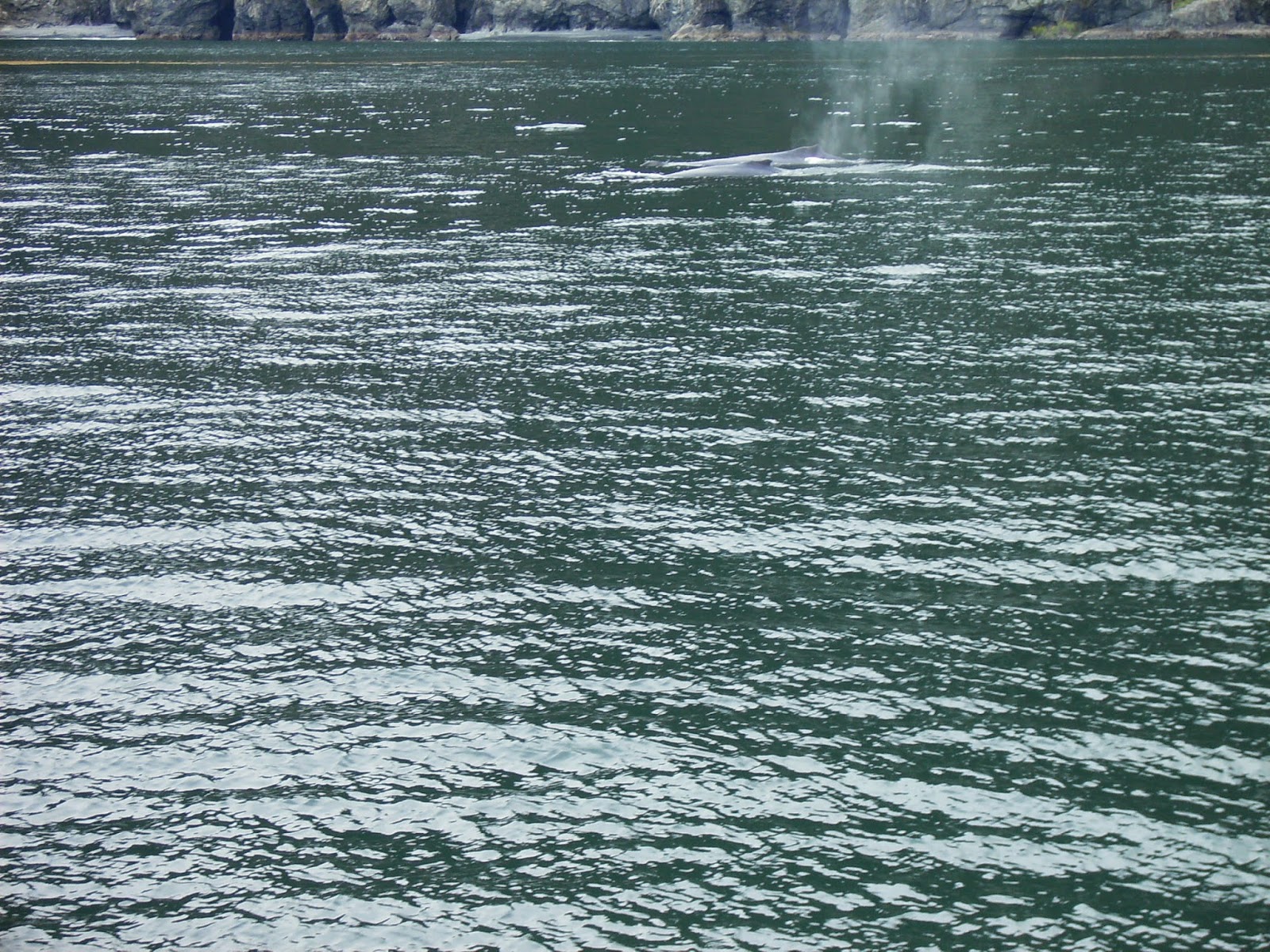 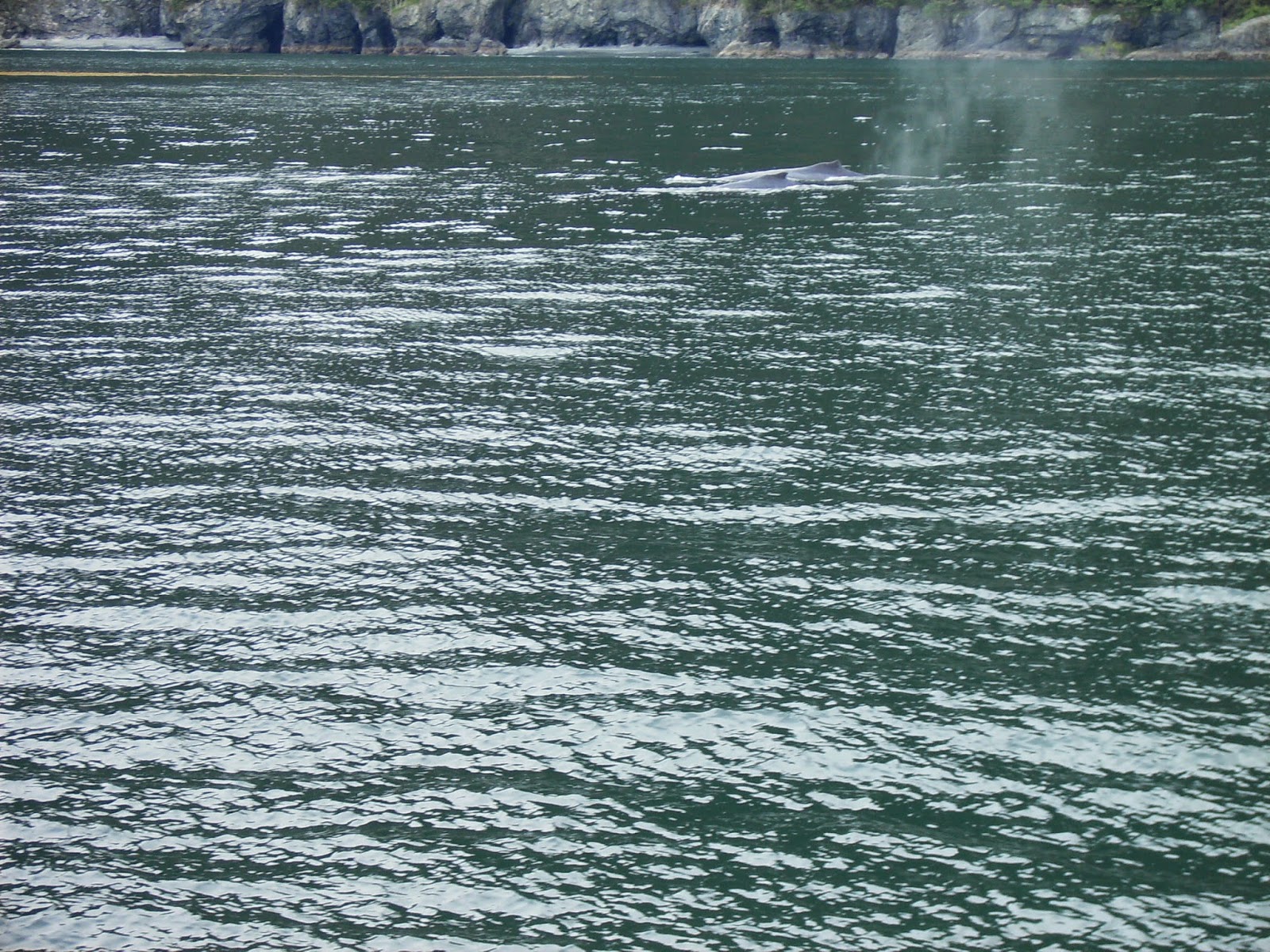 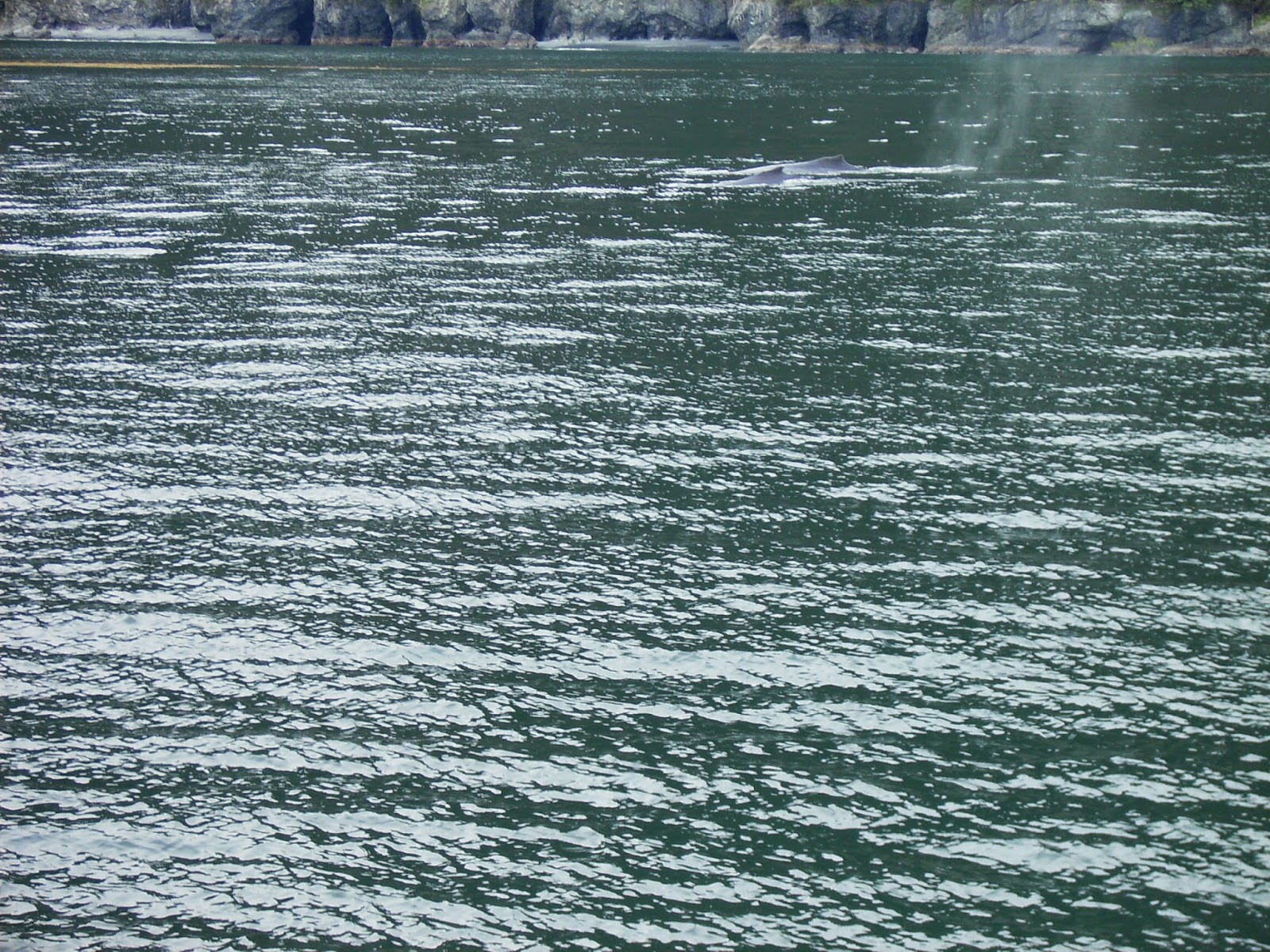 Then we were off to see the Columbia Glacier. We could see it from a long ways away and were only able to get to the terminal moraine. The face of the glacier is 12 miles from where a boat can get to and it gets farther every year. We toured through the most beautiful icebergs. It was really cold with the wind coming off the glacier and we felt like we were in Antarctica. It was also exhilarating and we could not leave the bow to go inside where it was warm. 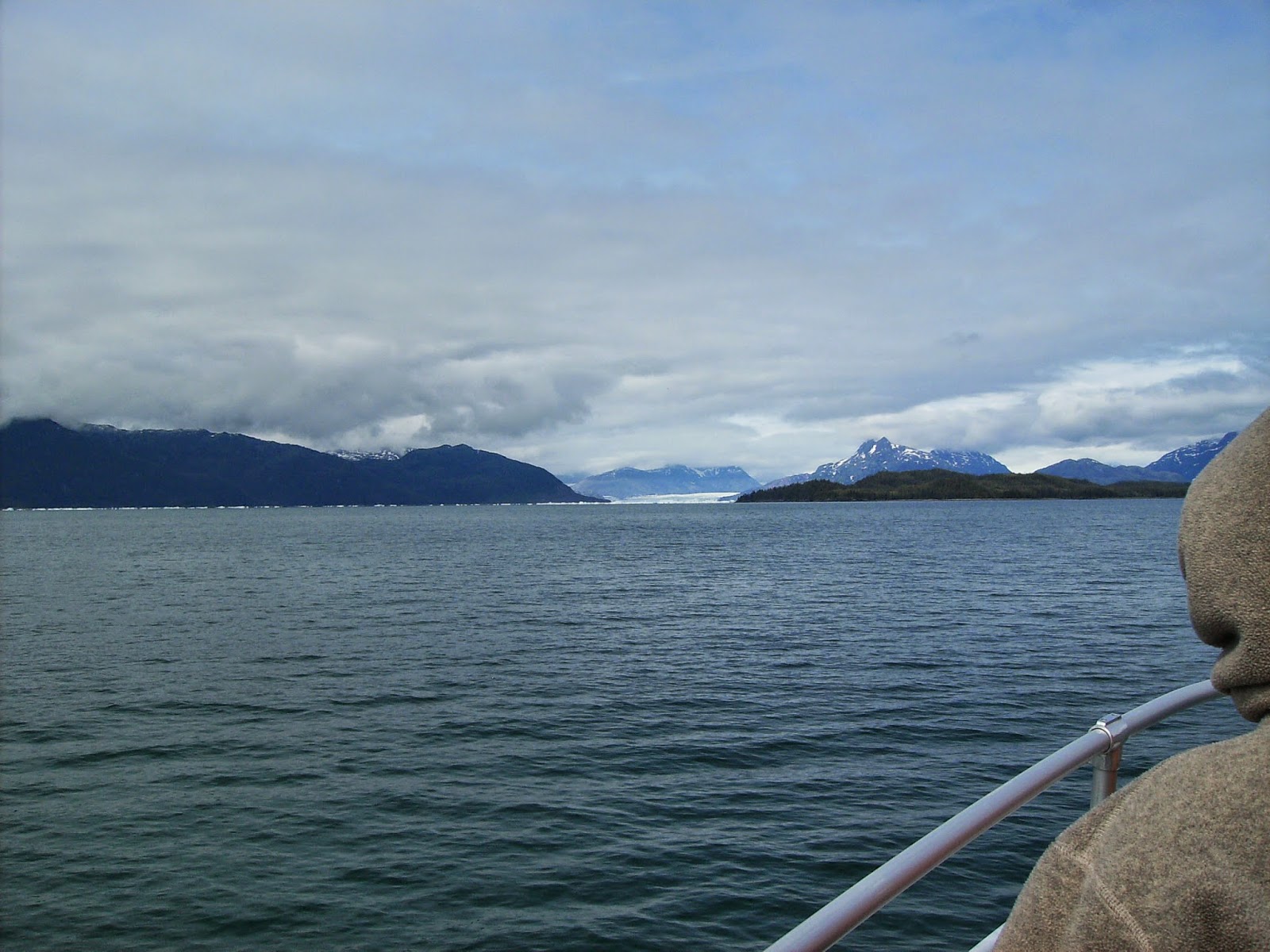 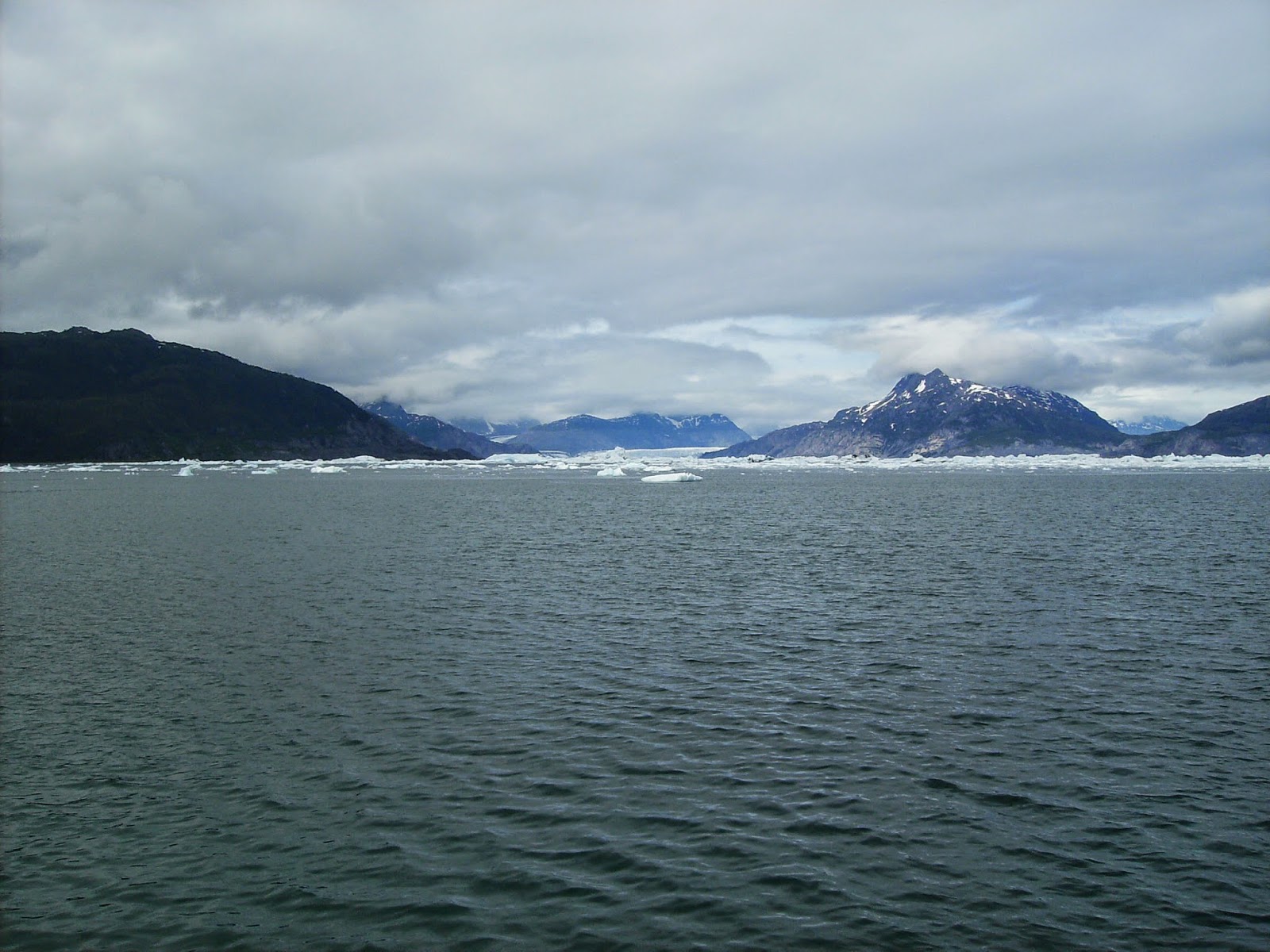 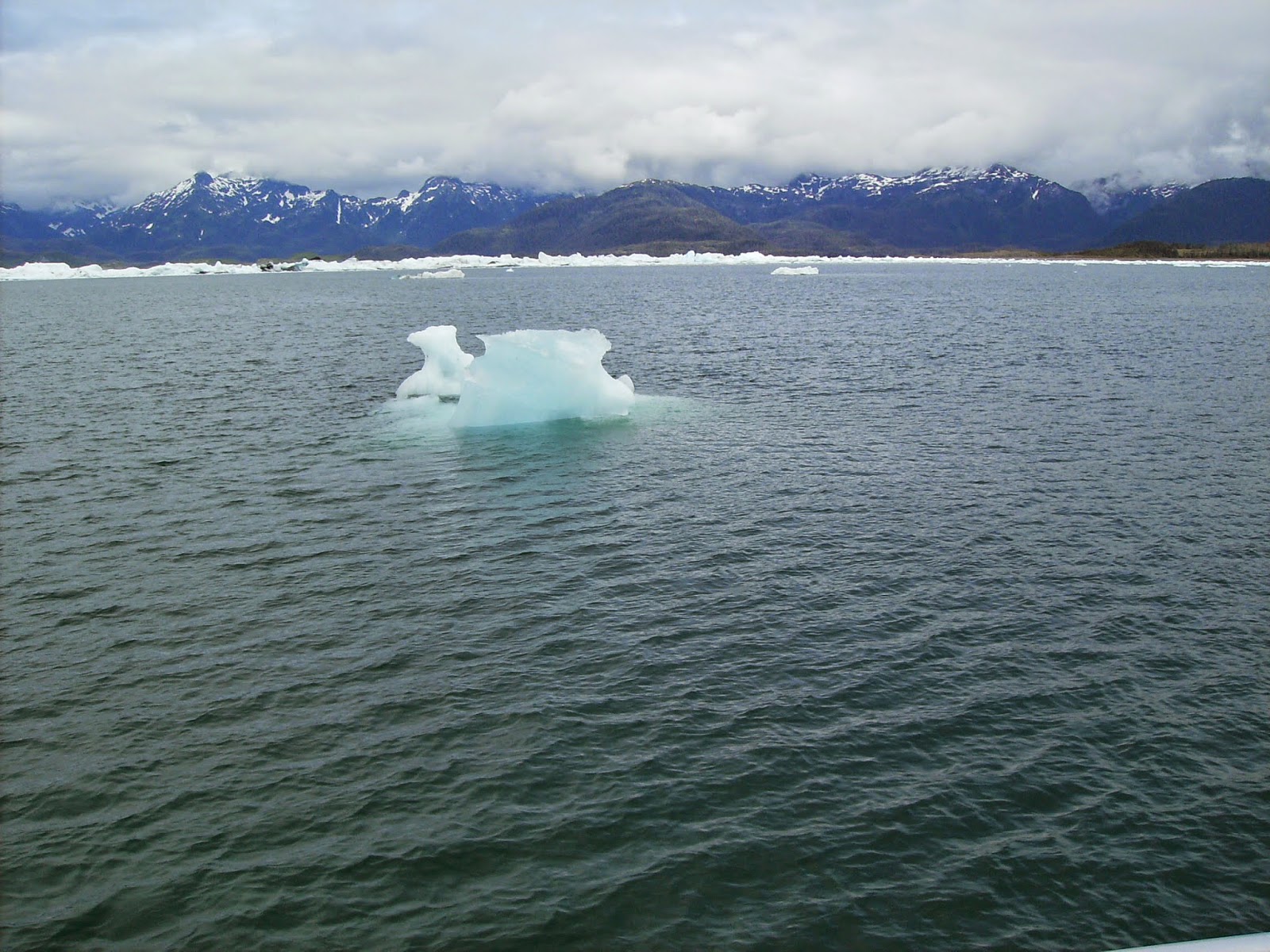 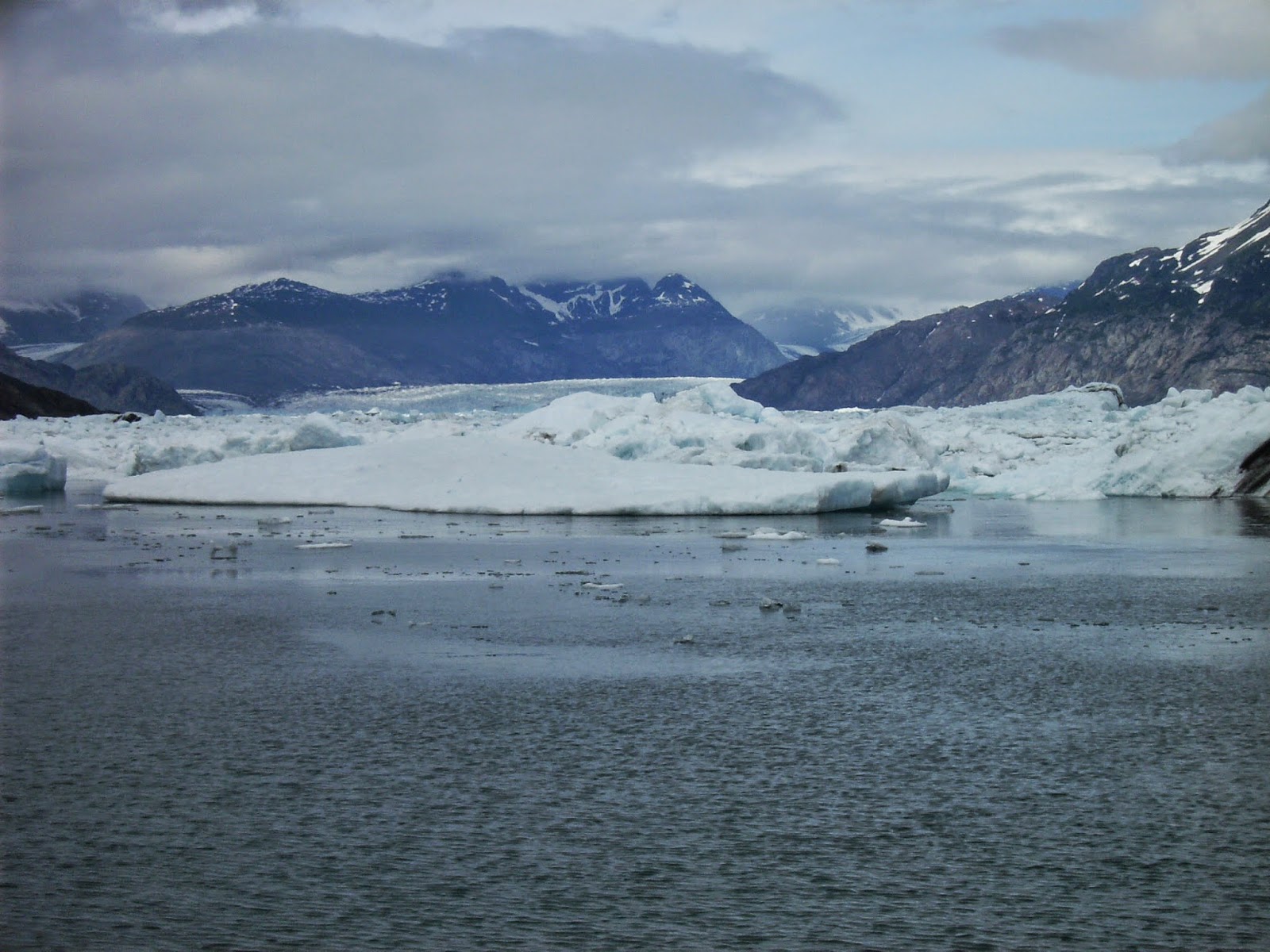 The crew scooped up a couple pieces of ice so everyone could see and touch it. 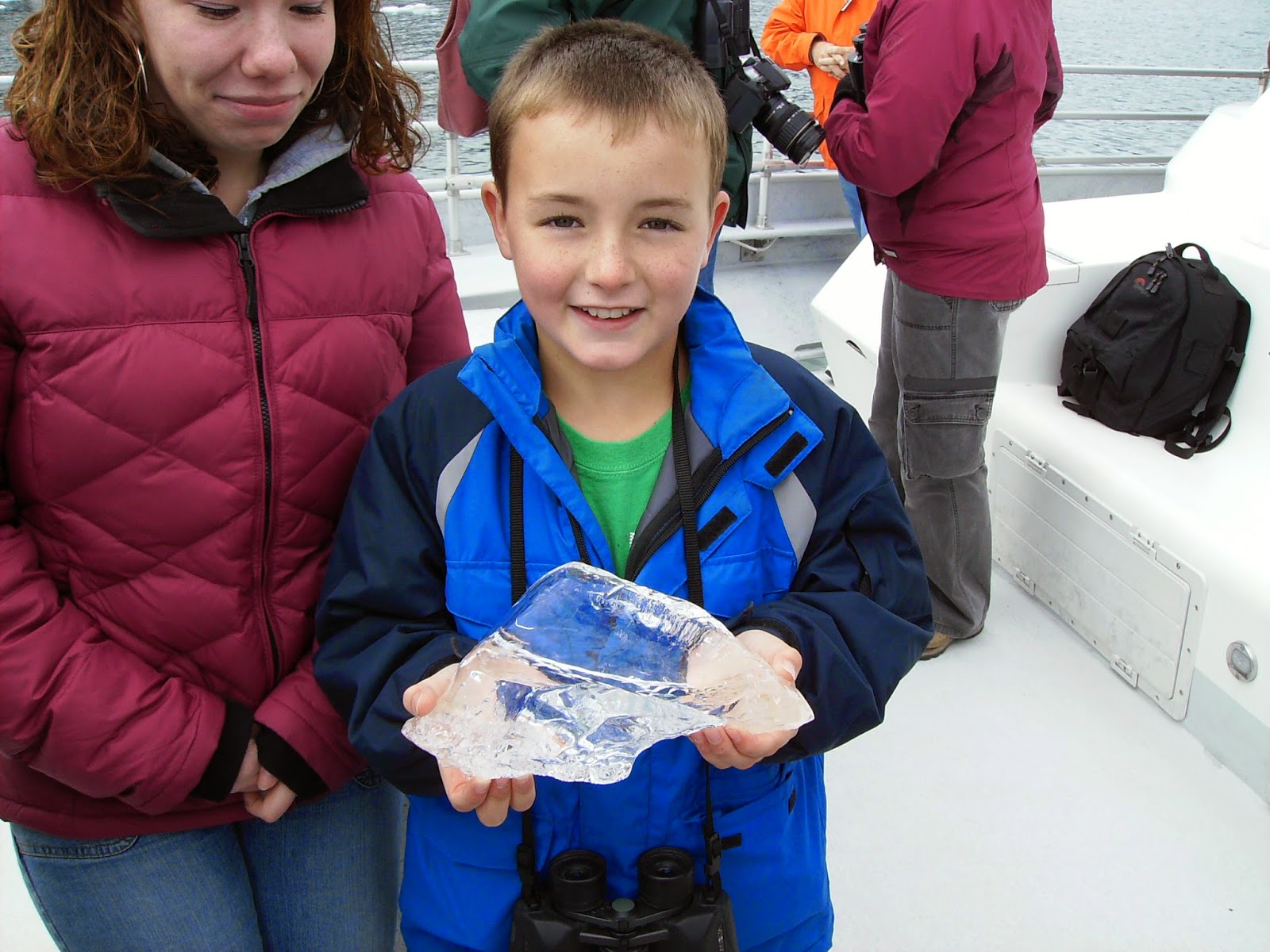 Although we had seen several sea otters on the way, as we were leaving we found a couple of them resting on an ice flow. That is apparently somewhat unusual and for them to not immediately dive when approached is even more so. 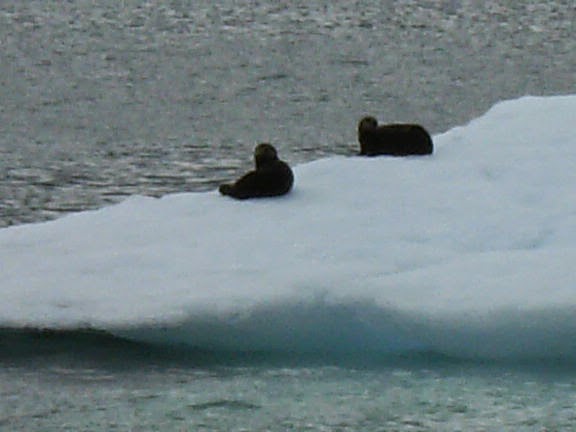 Along the way we also saw puffins, cormorants and some other birds we can’t remember the names of.


We cruised home up the Valdez arm and arrived at the dock at 6:30. We all think this was the best day yet in Alaska. 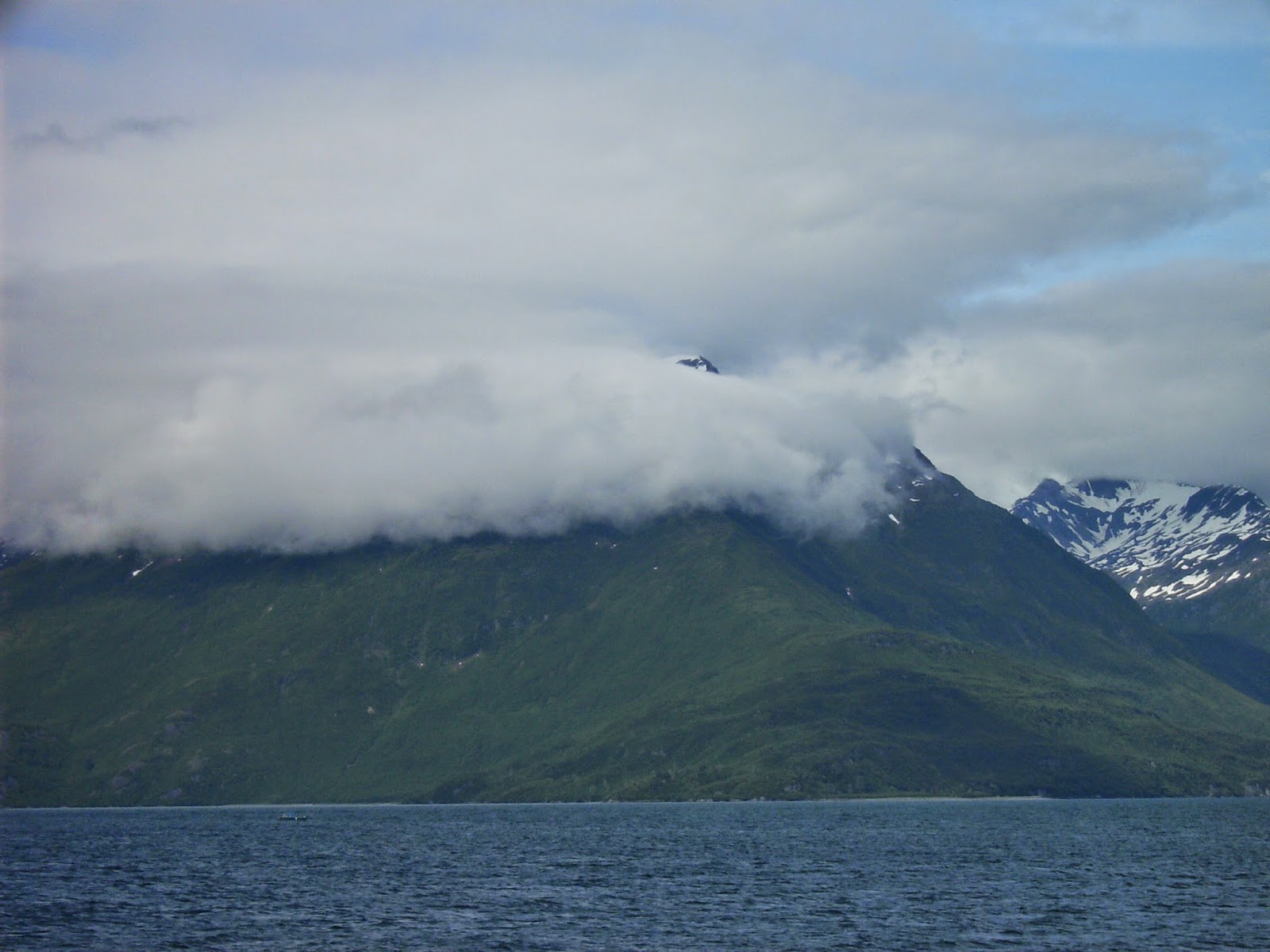