Posted on 6/15 from Whitehorse, Yukon


We were up at 8 this morning. Nana made waffles for breakfast and then we drove back into town to fill up with fuel and make a grocery store and Wal-Mart stop. Then we headed out.


We arrived in Dawson Creek about noon, since we gained an hour by crossing into British Columbia. We ate lunch, went to the visitor center and walked around town to take pictures of mile marker zero of the Alaska Highway. We looked at several murals painted on buildings while we were on our walk. 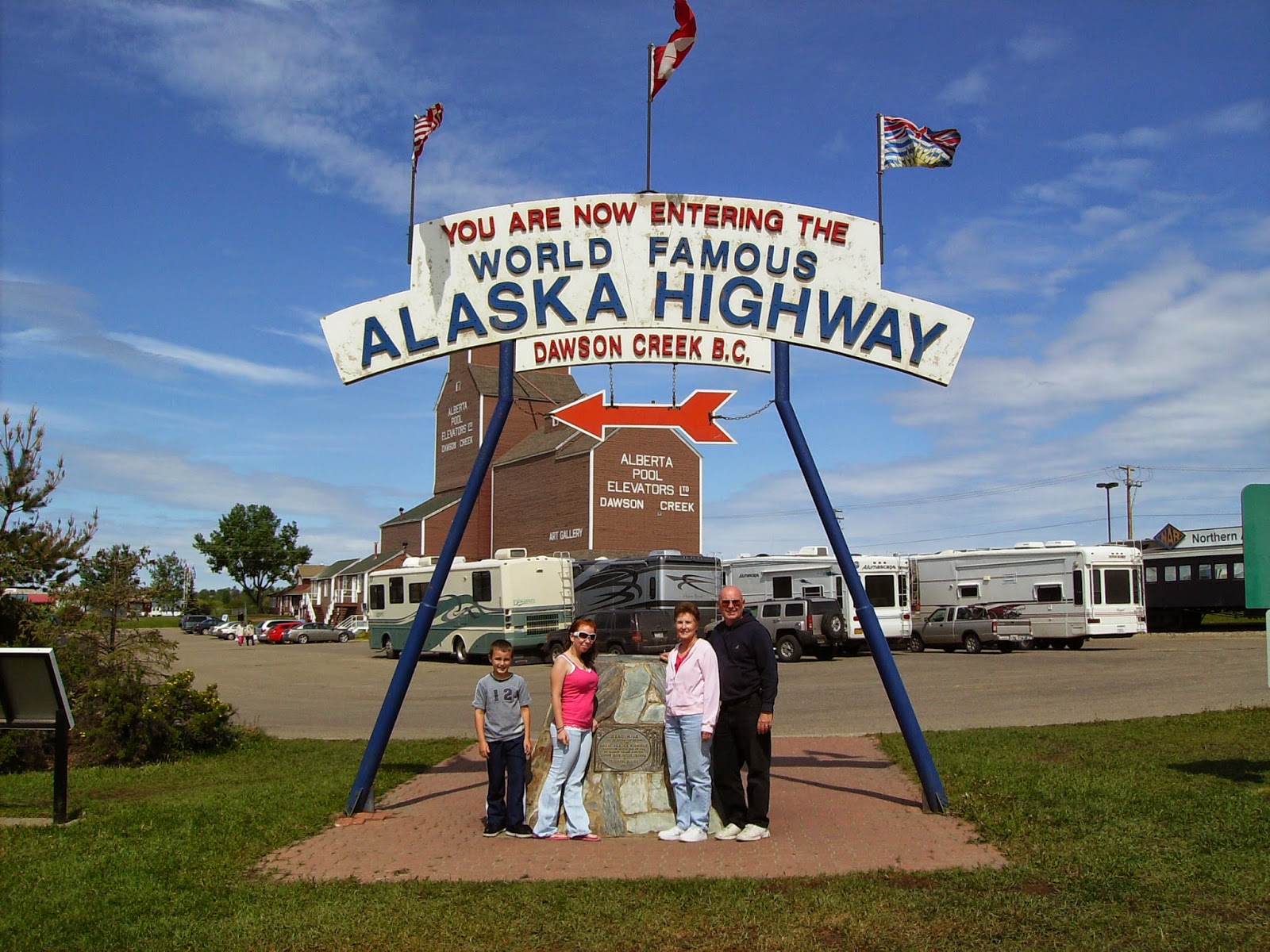 Then it was off toward Alaska on the Alaska Highway. The scenery north of Dawson Creek looked pretty much like it did before, and there are a lot of people living in the area all the way to Fort Saint John, about 50 miles north. North of there it gets much more sparsely populated. About 20 miles north we saw our first bear. He came rambling out of the brush on the right side of the road and ran across in front of us. We all got a pretty good look at him.


The farther north we went the less people we saw and traffic really thinned out. About the only thing we saw was a lot of gas and oil sites. It seems there is a big gas boom up here now and they are cutting roads into the forest everywhere. There are also a lot of big trucks on the road that service the wells.


We stopped for the night at the Sikani River crossing. The road comes down a steep grade and there is a commercial campground right by the river. We did not need hookups so just paid for a tent site. I know it sounds strange, a 65 foot rig in a tent site, but we have everything we need so it makes sense. The only power available in the campground is 20 amp, just like a wall outlet in a house, so we find it easier to run our generator for a little while and use our big battery banks to run the inverter for most of our needs. With the sun up so long, we can make all the power we need with our solar panels. We are parked about 50 feet from a river we never heard of, but would probably be the biggest river in Texas if it were there. 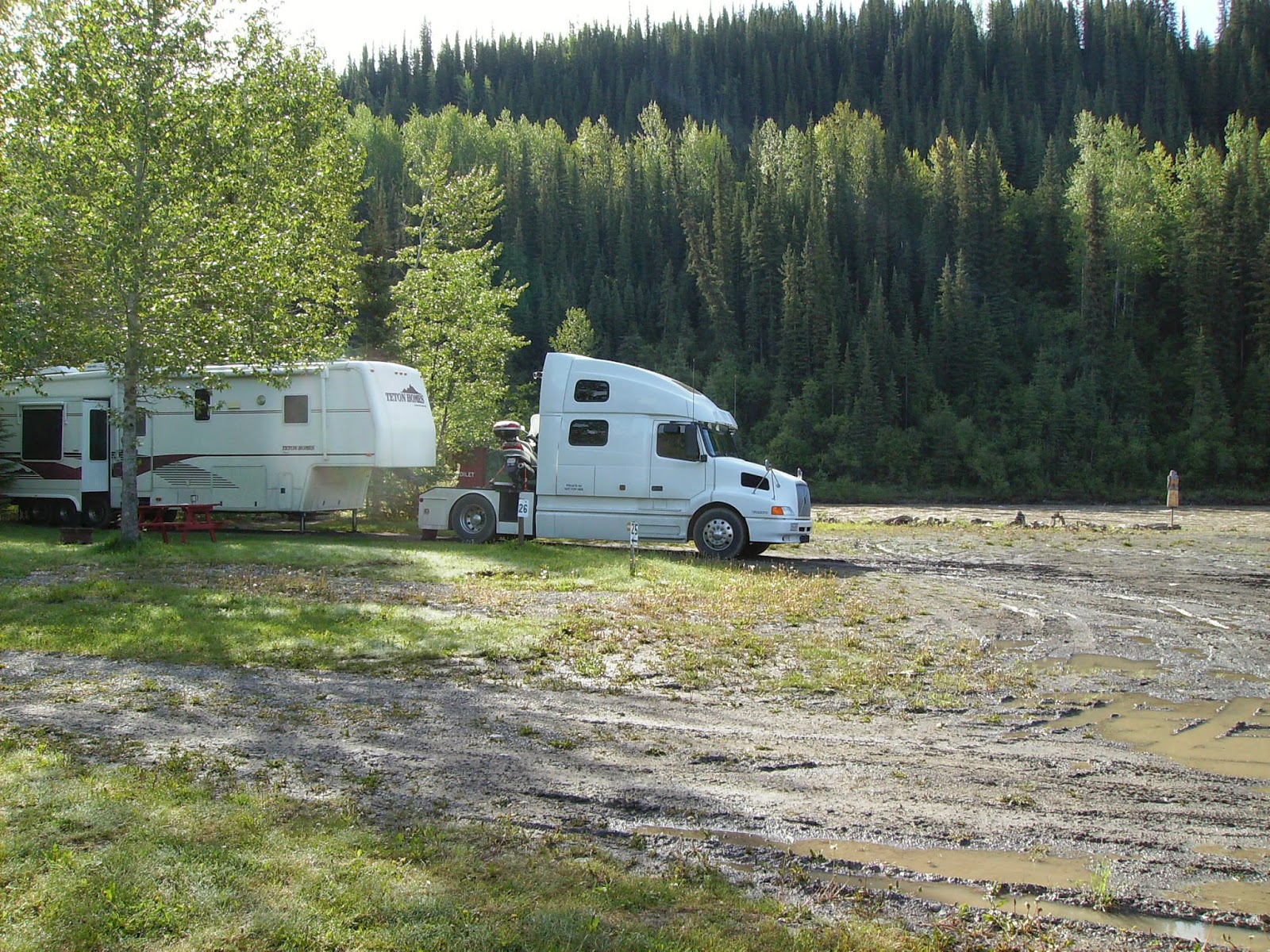 Tonight we watched “North To Alaska” with John Wayne. It was a comedy about three men, a girl and a gold mine in Alaska. Unfortunately, there was little of Alaska in it, and it was obviously shot in California. The mountains in the background were pretty, but the area where the mine was located looked a lot like the area on the eastern side of the Sierra’s. It was OK, but Dom had a hard time following the plot, such as it was.
Posted by Richard at 8:06 AM