Posted on 6/15 from Whitehorse, Yukon


Today was a good day for wildlife. When we woke up this morning the temperature was 37 degrees and it had rained more during the night. We left the campground and continued north through Fort Nelson. Up to that point the road was still quite good and we drove along at about 60 mph. Shortly after Fort Nelson the road began to deteriorate, both the condition of the road surface and the turns. We soon entered the mountains and spent the rest of the day going up, down, left and right.


Our first critters of the day were a few deer, but soon I saw an animal running along the right side of the road. I said to the kids, “Look, there’s a caribou!” They looked a few moments and then Deidra said “That’s a reindeer!” Now the kids know that caribou and reindeer are the same thing. We call them caribou in North America and they call them reindeer in northern Europe.


The next animals we saw were stone sheep. They were not afraid of cars and were grazing right beside the road. One even stood in the middle of the road and refused to move as cars approached. They looked pretty scraggly. 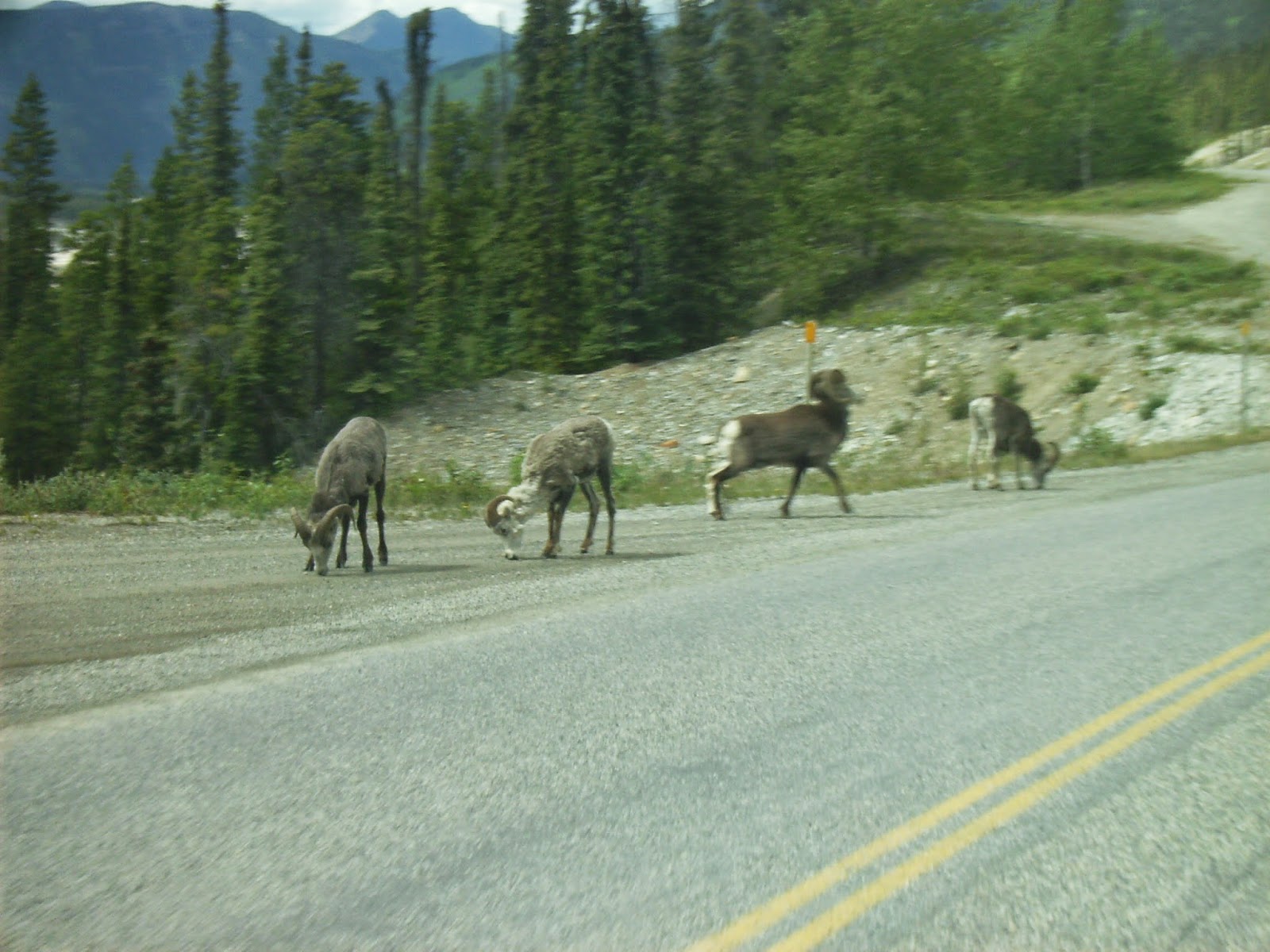 A while later we spotted two moose (meese?). First was a female who stood right by the road so we could take her picture. Shortly after that we saw a male trot across the road ahead of us. He ran up into the brush before we could get his picture. 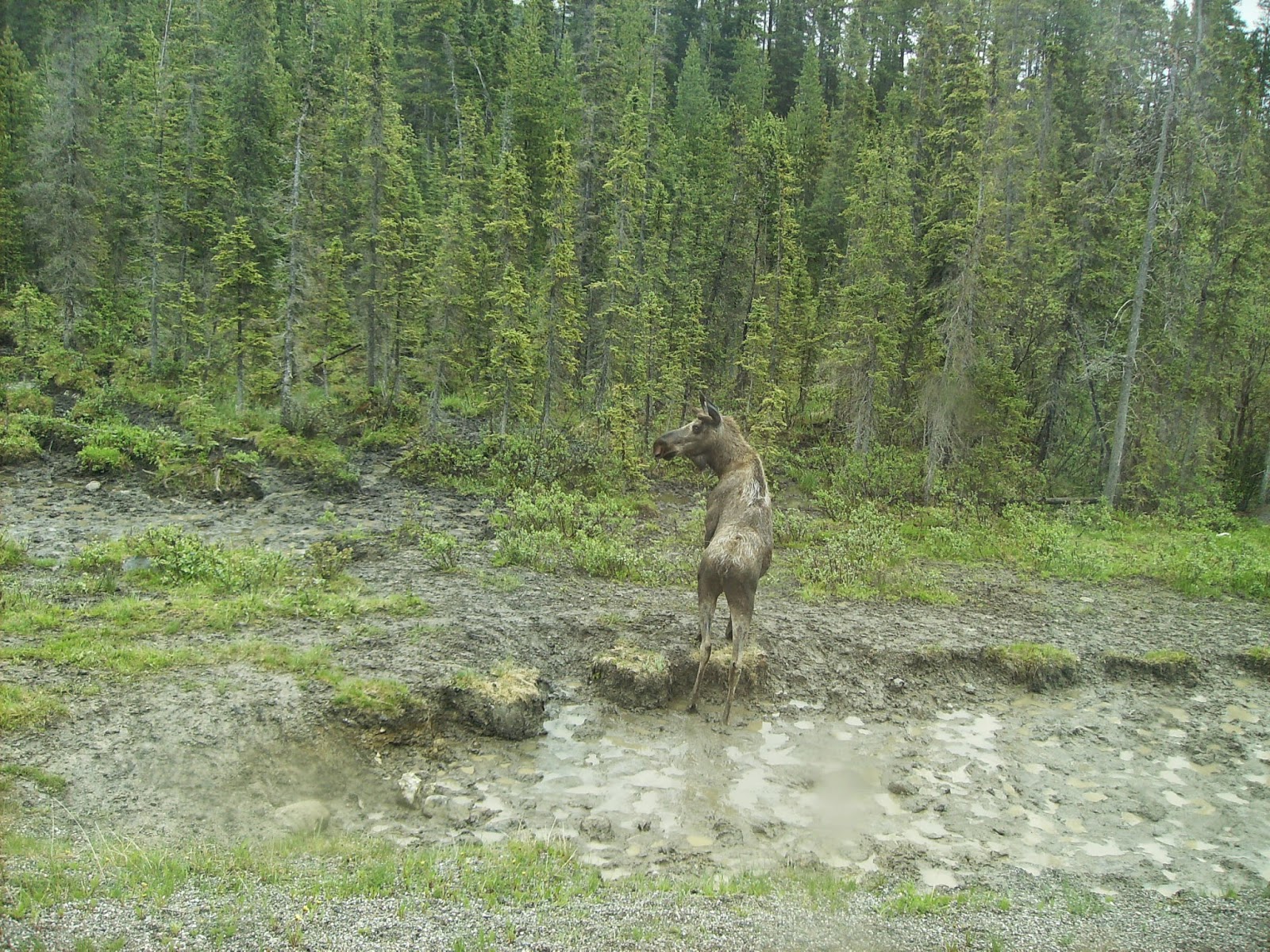 We passed Muncho Lake and tried to find a campsite in one of the provincial parks along the shore. Unfortunately, the only spaces we could get into were occupied or reserved. Muncho Lake is a gorgeous aqua colored lake, the result of minerals leaching from the surrounding mountains. We were disappointed we could not find a campsite by the lake since we wanted to soak it in some more. We continued along a few more miles and found a place we could pull off the road about 100 feet and set up camp. There is very little traffic so the noise from the highway will not be of concern. After setting up the rig we took a short walk down to the stream behind us. Mosquitoes soon convinced us to beat a hasty retreat, but not before following some moose tracks for a little way. We then cooked hamburgers and had corn on the cob for dinner. Yummy.


It rained off and on throughout the day, interspersed with short periods of sunshine. Tonight it turned very overcast and it rained all evening. We watched “Romancing The Stone” on DVD and the scenes in the rain forest felt very real as we were getting the same kind of downpour outside at the time.
Posted by Richard at 8:08 AM