We hit the road toward Valdez and stopped in Glenallen to buy Nana some more Kleenex. There’s nothing like running out of life’s necessities. Glenallen is due east of where we began the day and we had motored further inland away from the pretty mountains. That changed as we turned south at Glenallen toward Valdez. We approached beautiful snow covered mountains (seen through a bug covered windshield) and eventually stopped at Worthington Glacier. 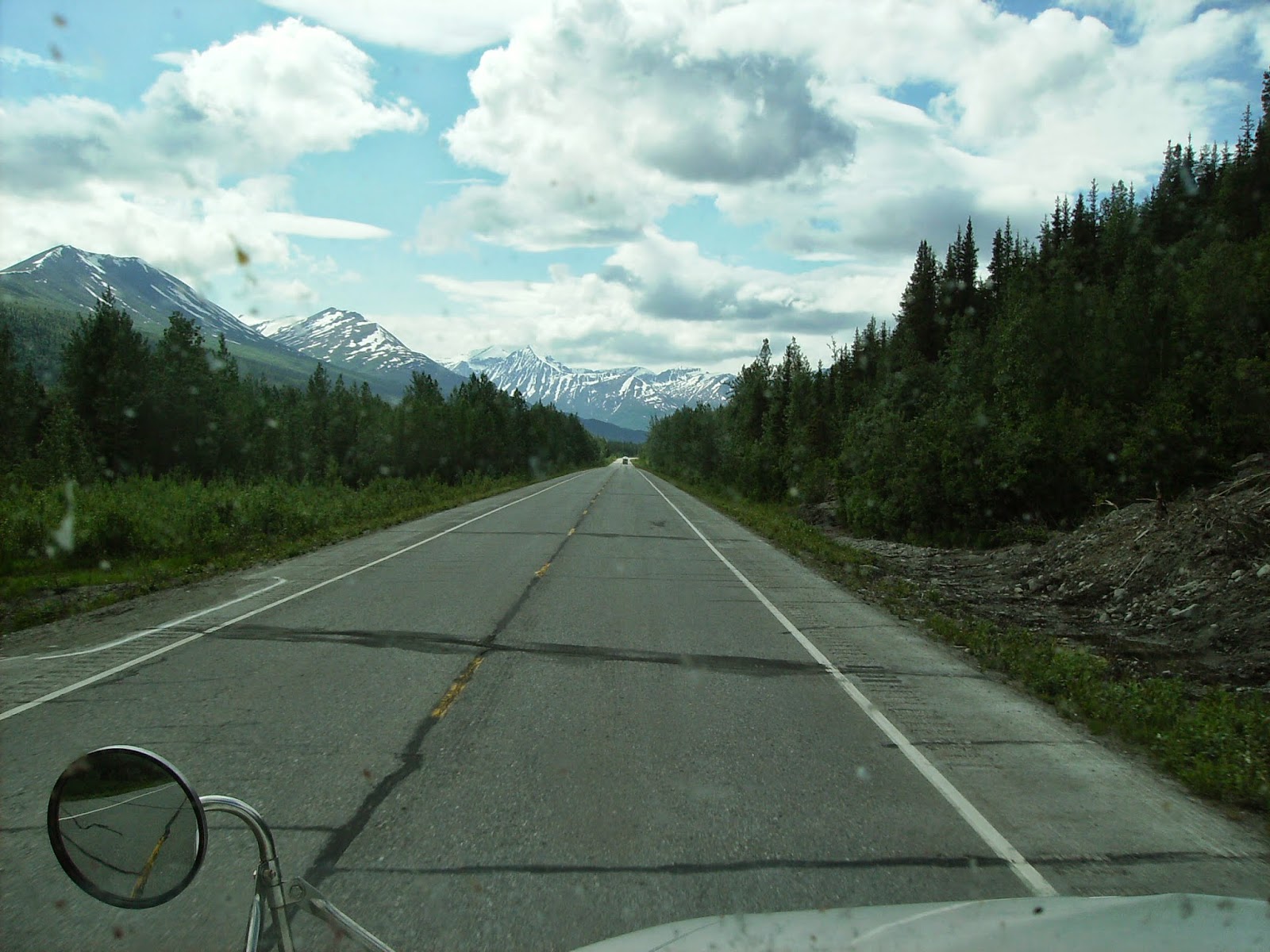 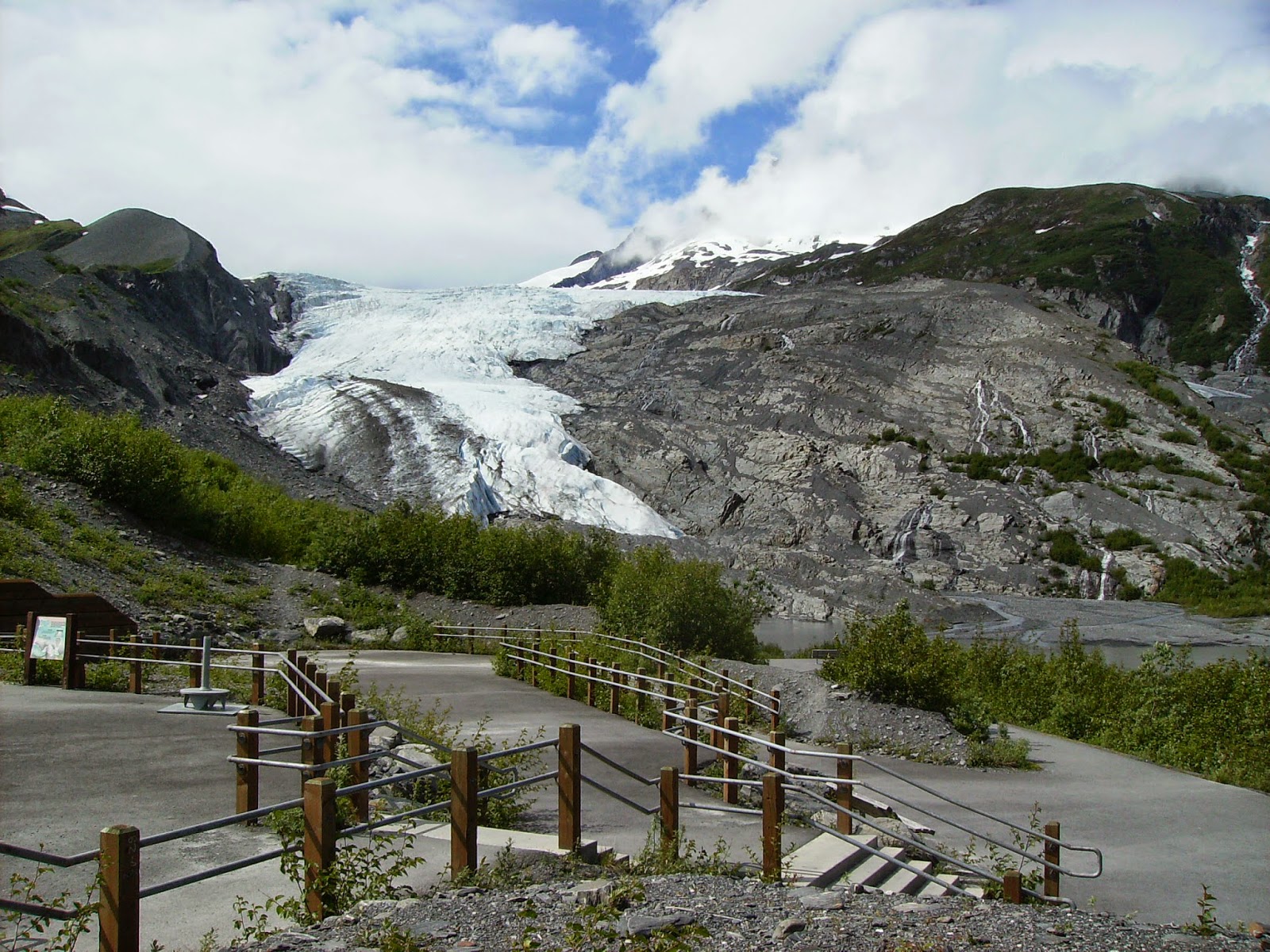 We all climbed up to its face and stood on it. The color of the crevice in the face was the most beautiful blue. There were some ice climbers climbing there and it was fun watching them work their way up it. 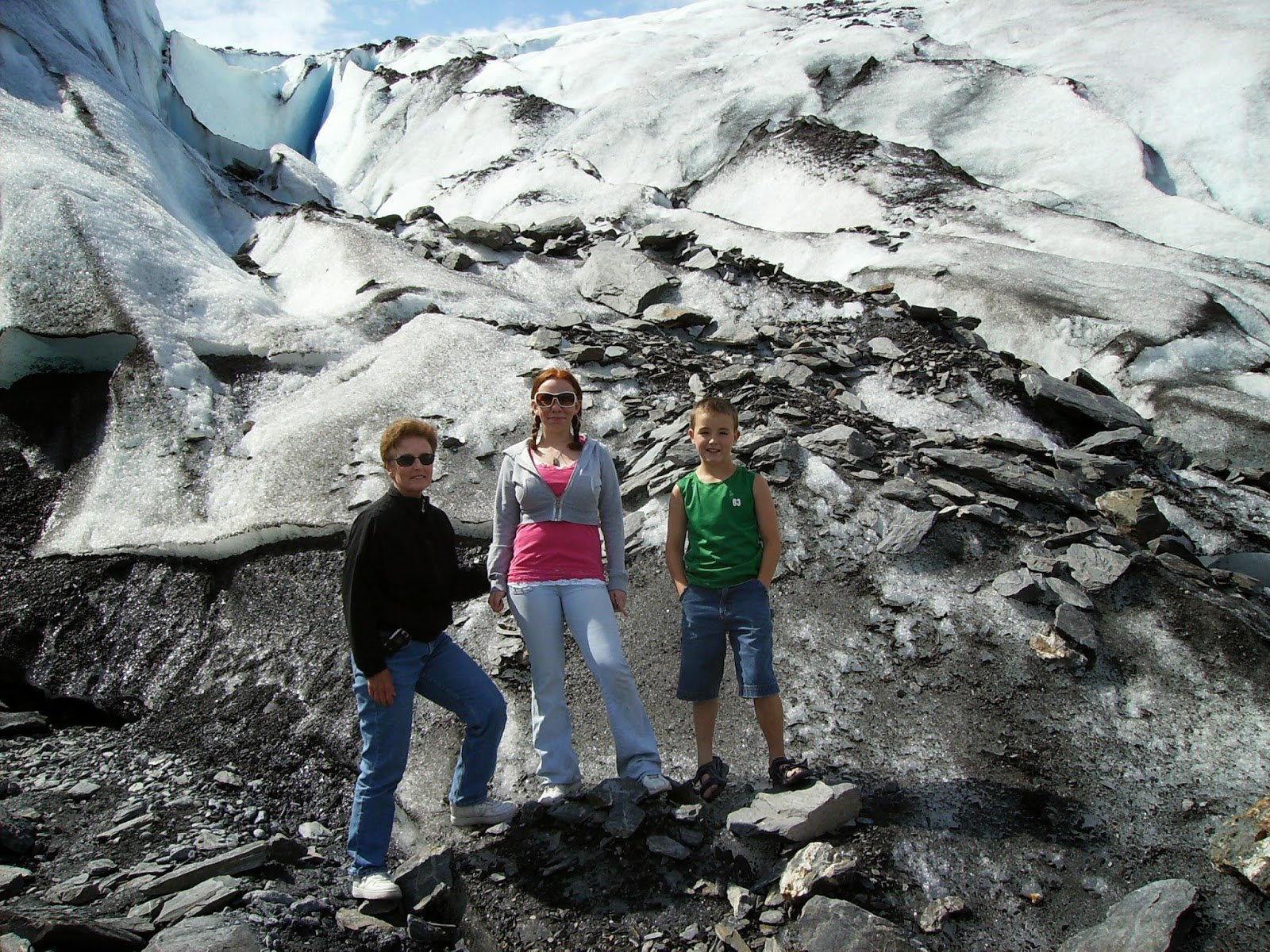 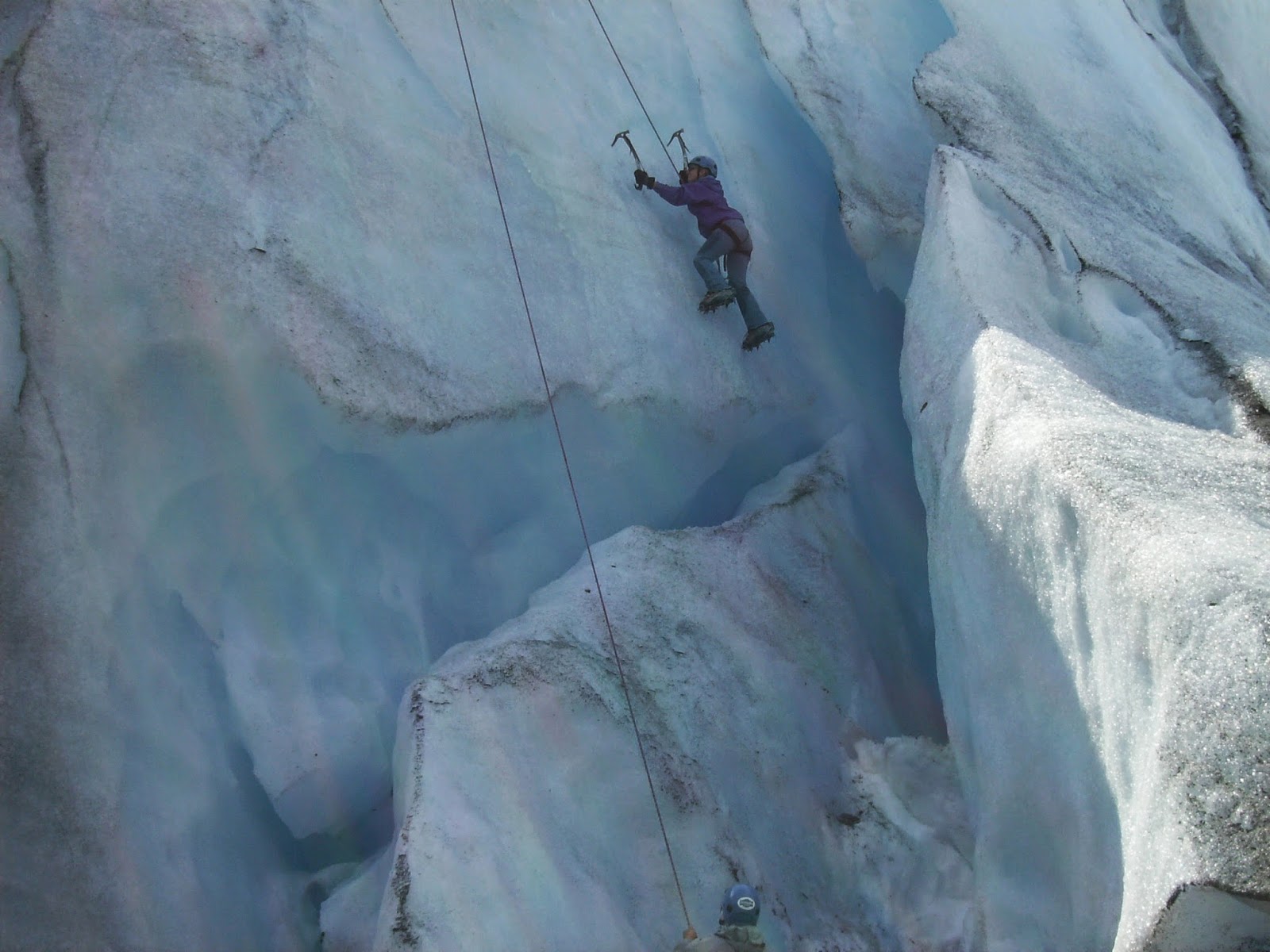 Dom and Nana took hike around the edge and up on top of it. Deidra was lucky to have made it all the way to the face, and would not have been able to do so without a lot of Nana’s and Papa’s help. She is still pretty gimpy, but there was no way we were keeping her from touching a glacier.

We then drove over Thompson Pass and down into Valdez. It reminded us of the trip down into Skagway a week or so ago. There were beautiful waterfalls everywhere. This is a picture of Bridal Veil Falls. 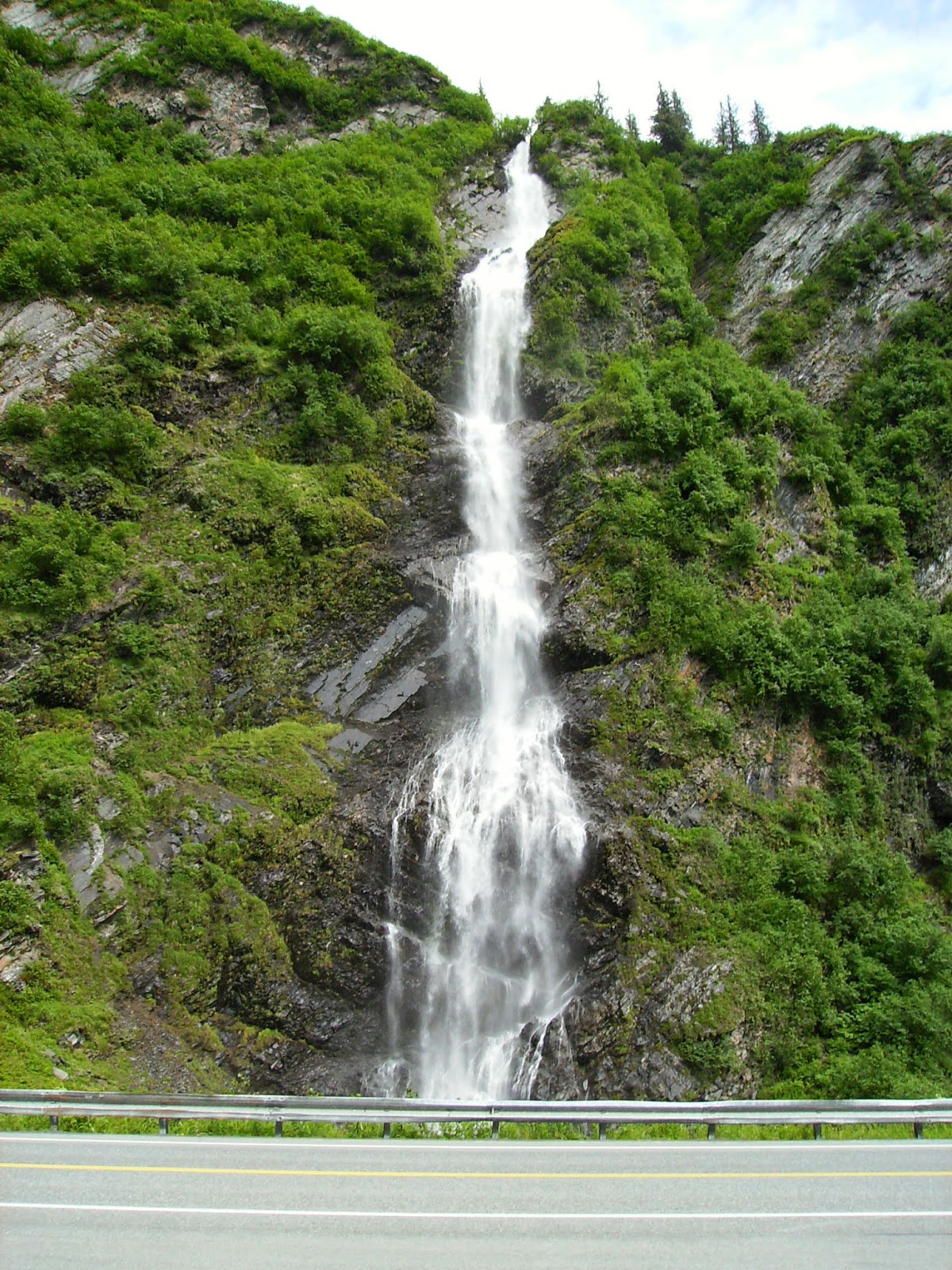 We continued on to Valdez and have checked into an RV park for two nights. Tomorrow afternoon we will be taking a cruise on Prince William Sound to see marine life and glaciers. It should be fun. We will do some exploring around town in the morning. One thing I am disappointed about is that after 9-11 they closed all the tours of the pipeline terminus. You can’t get within a couple miles of the place now. We can see it across the sound but that’s it.

We are having a quiet night tonight. It is time to do laundry again. The kids are working on their rugs. Nana is trying to recover from Pogo withdrawal by playing as many games as she can before the kids have a turn on the computer. Me? I’m working on my blog!
Posted by Richard at 2:07 PM