They Let Us In

We were lazy again this morning and did not leave the campground until 10:30 and arrived at the border about 11:00. There was a long line of cars and RV’s and the line moved very slowly. It seemed each person took at least 5 minutes and some took ten or more. As we waited we saw many vehicles being sent to the inspection area and wondered if that would be our fate too. When we arrived at the window I handed the customs agent a folder with our two passports, Deidra and Dom’s birth certificates and a notarized power of attorney from Dayna giving us permission to take the kids with us into Canada. He asked just a few questions about where we were going and when we would be leaving Canada, if we had guns, alcohol or pepper sprays, and then told us to go ahead and have a nice trip. We were at the window far less than the five minutes most people were, including many Alberta residents.

We stopped for lunch at a rest area and took pictures of the kids by a giant dinosaur statue. 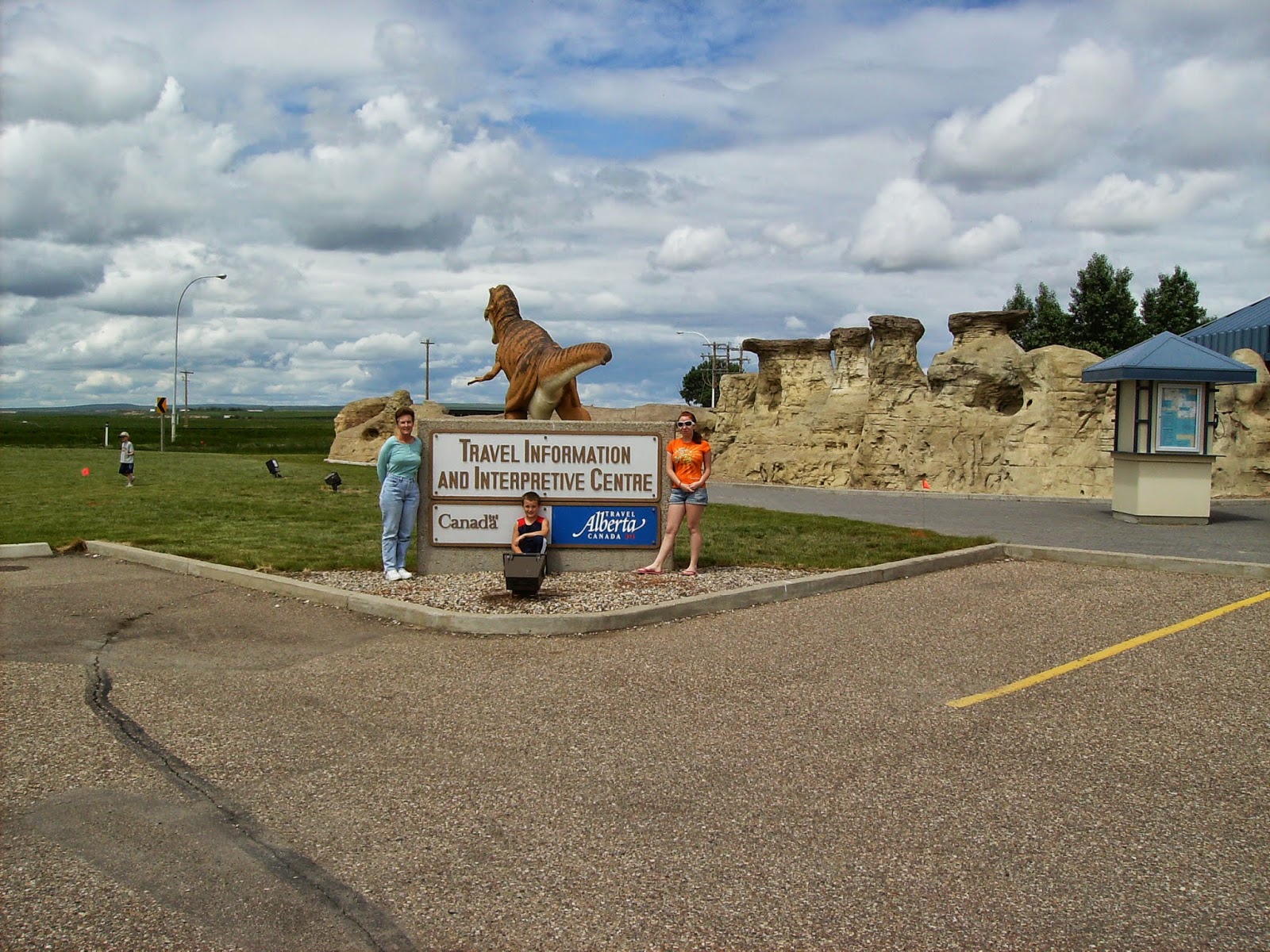 We then headed for Calgary. About 3:00 pm we started looking for a campground, forgetting that today was Friday. We had passed many campgrounds before we started looking but there were none from then until north of Calgary. So, once again we were able to enjoy rush hour traffic in a major city. We crawled through. It took over an hour to get past it, and we stopped at the first campground north of the city. They were full unless we wanted to pay $22 just to park in their grass. No thank you.

We continued another 25 miles to the small town of Carstairs where they have a small city park/campground. For $18 CDN we get a nice park with electricity. The park was small and backing into a spot with our big rig was a challenge, but we managed. Then I had to go get some Canadian money so we could put our camping fee in the self pay envelope. The kids think Canadian money looks really strange. They no longer have one dollar bills, but have one and two dollar coins. They call the coins Loonies and Toonies. I’m not sure why.

During the evening a passing thunder storm produced a beautiful double rainbow. Nana and the kids played games and we went to bed early. We want to try to get an earlier start in the morning. It does not get dark until 11 pm so it is tough getting interested in going to bed. It starts getting light about 4 am so nights are really getting shorter. By the time we get to northern Alaska it will be daylight 24 hours. The kids think it is really interesting. 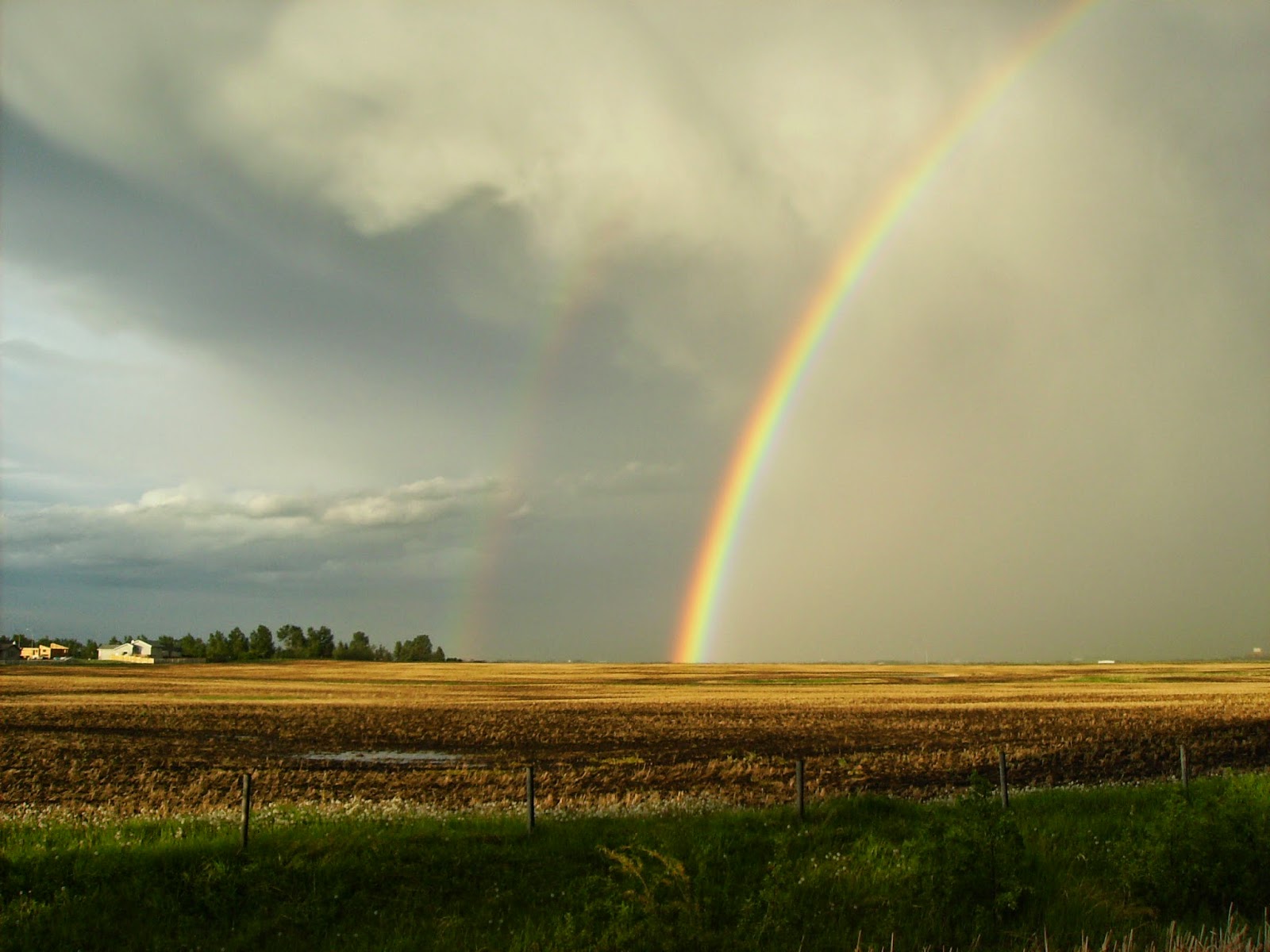